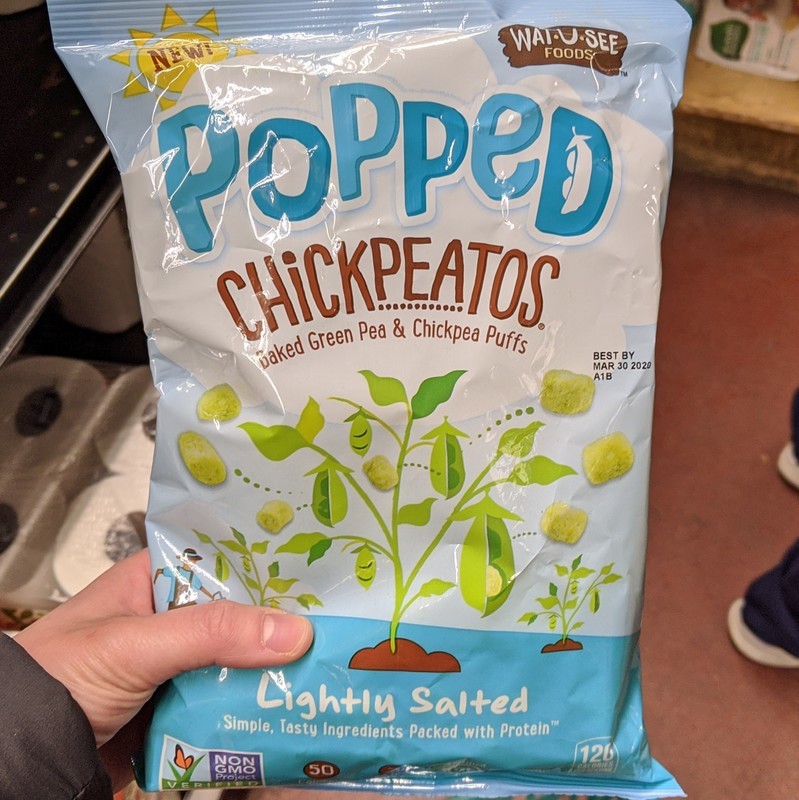 Wat U See Lightly salted popped Chickpeatos: Like a vegan version of cheese puffs but mostly tasting of oil (there's a lot of it). Made of chickpeas and green beans. For portion control, I often pour out a handful into a bowl, and there's usually a slick coating of oil at the bottom when I'm done. The oil doesn't taste bad per se, like fried foods more generally, but definitely not healthy. 3.0/5.0 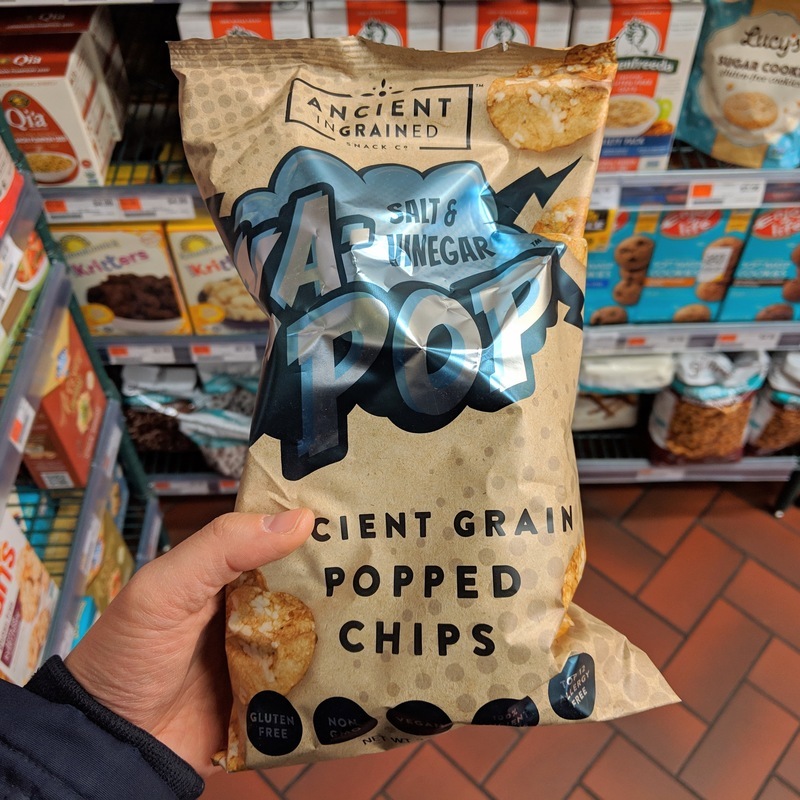 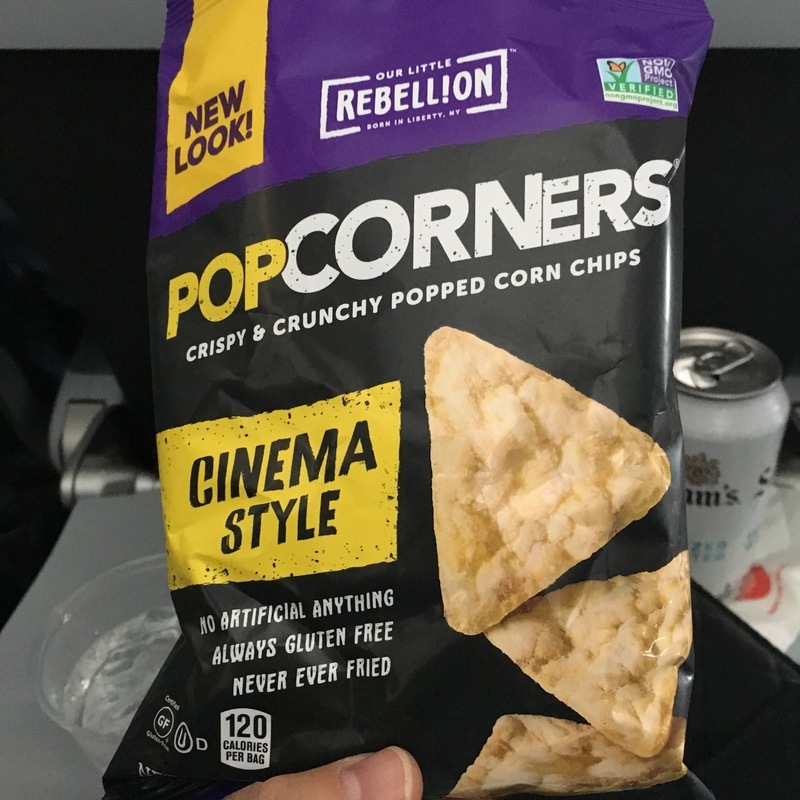 Popcorners Cinema Style Popped Corn Chips: Had these on a recent Jet Blue flight. The name makes you wonder if "Buttered Popcorn" just did not market well at all. It does capture the essence of movie theater popcorn, with a rich buttery taste of questionable origin (is it really butter, or just oil with a bit of flavoring? I would rather not know). Not a snack I would want to eat more than a bag of. 2.5/5.0 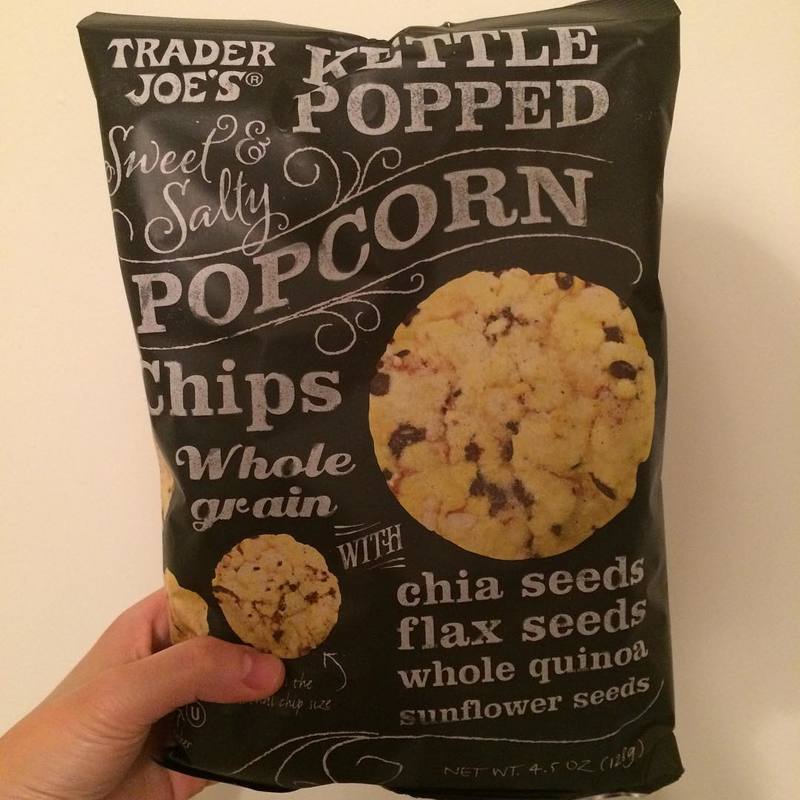 Trader Joe's kettle popped popcorn chips: Whole grain, circular chips that are light but flavorful. Each chip has an addicting sweet and salty coating. Contains ingredients you can feel good about (e.g., chia seeds, quinoa, flax seeds, and sunflower seeds) but doesn't taste like bad health food; in fact, it's very tasty in its own right. 4.0/5.0 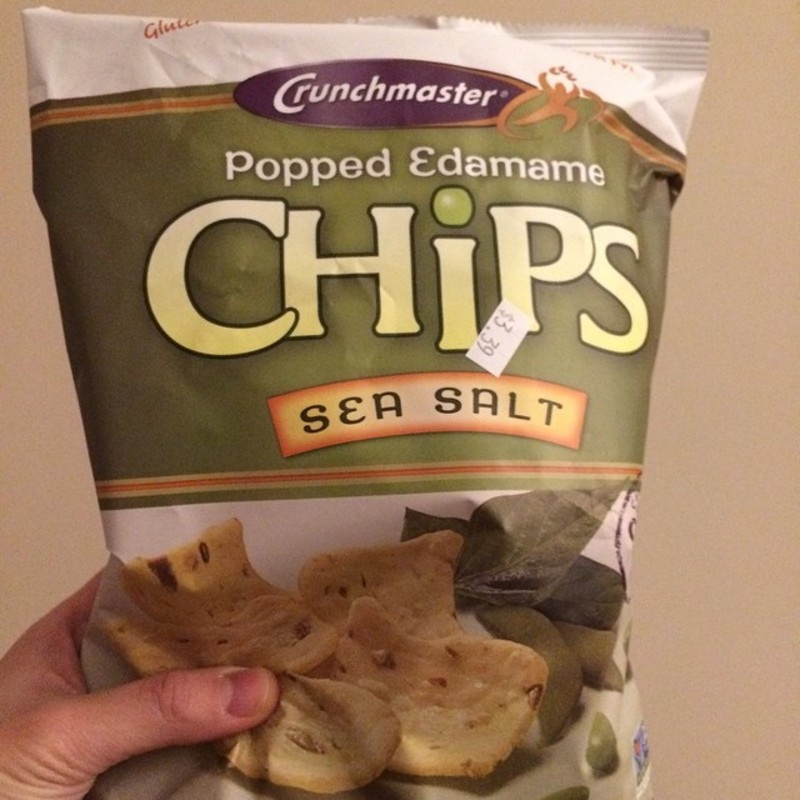 Crunchmaster popped edamame sea salt chips: Begs to be eaten with a dip, as the chips are quite bland otherwise. Under-seasoned, but does taste of edamame. 2.0/5.0