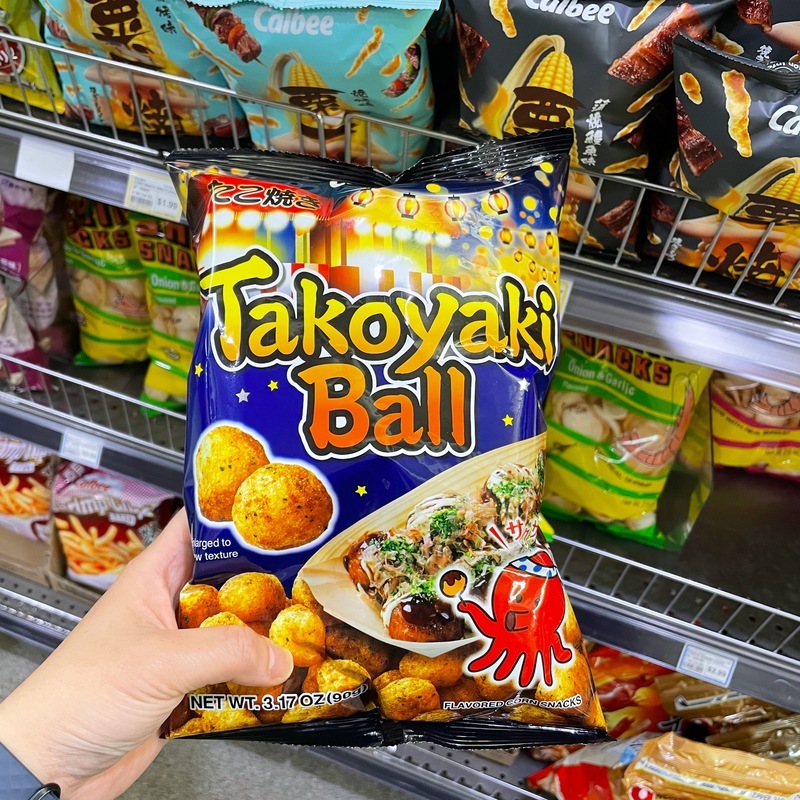 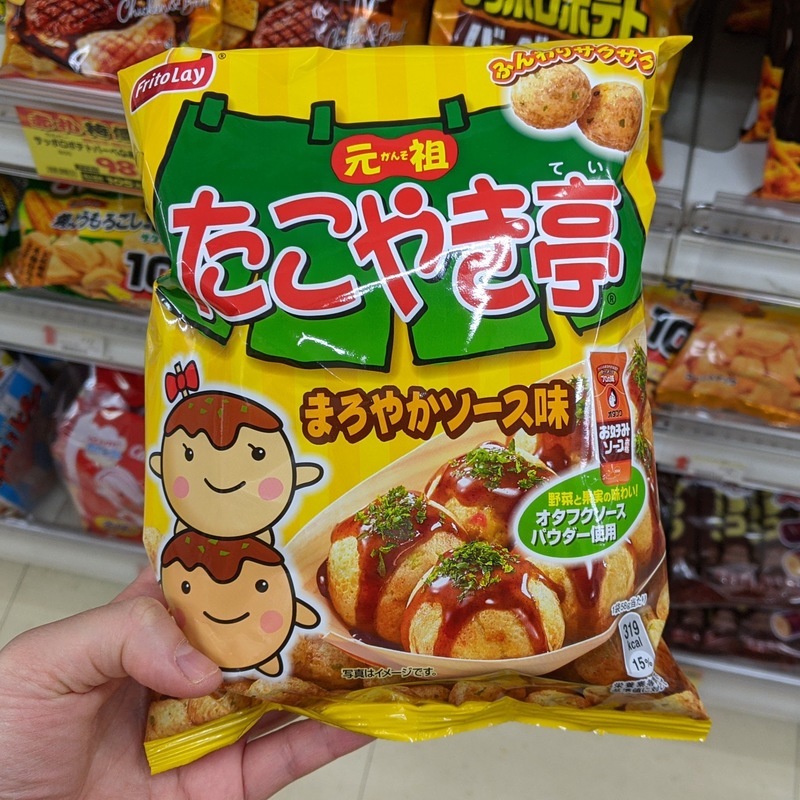 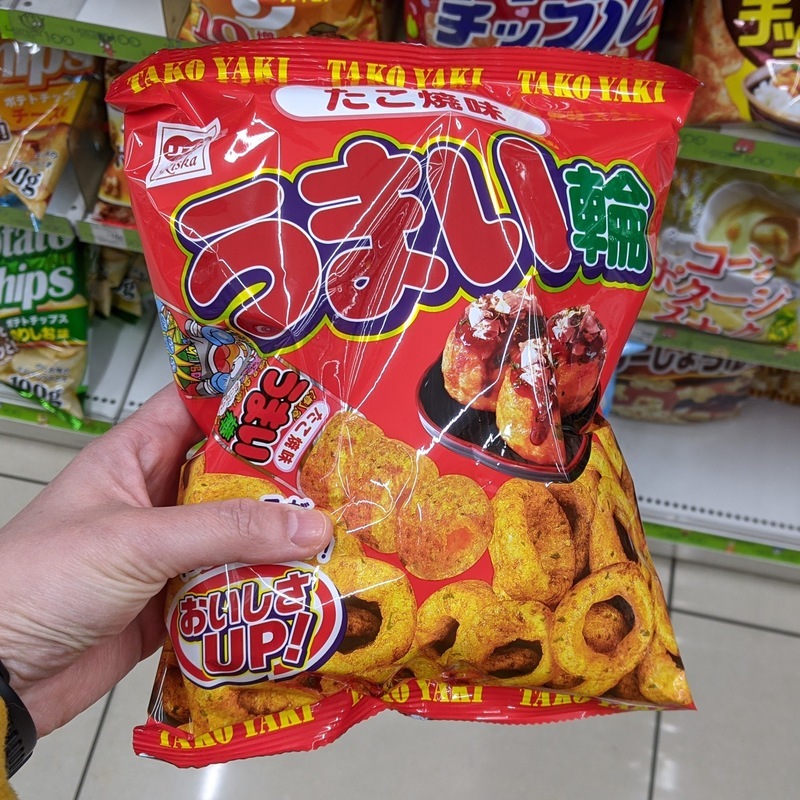 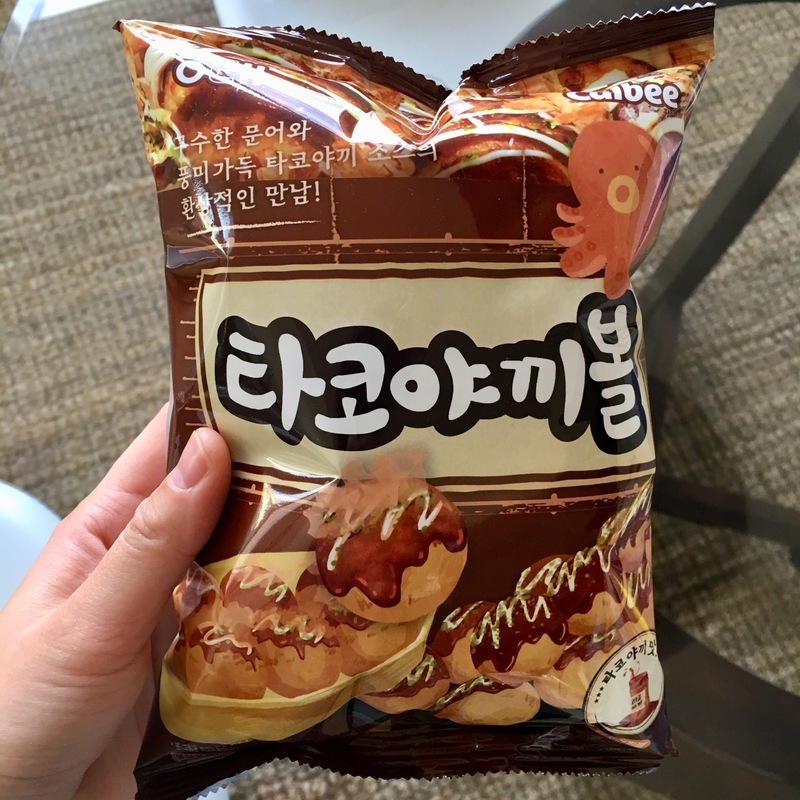 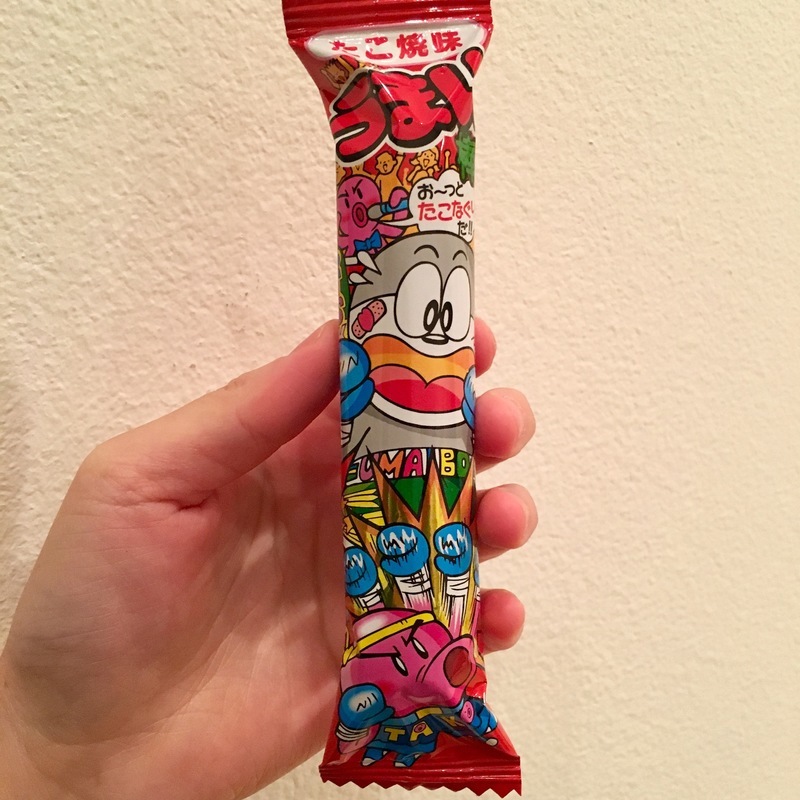 Yaokin Takoyaki Umaibo: Continuing my quest to try every flavor of Umaibo (a challenge I don’t think will ever end), I tried the takoyaki flavored corn snack. For those who haven’t had takoyaki before, takoyaki is a Japanese street snack consisting of battered octopus balls topped with shaved bonito flakes and a kewpie mayo drizzle. This snack version of a snack had a very smoky seafood flavor, savory and sweet like a deep brown gravy (Worcestershire-like). It isn’t one of my favorite Umaibo as I found the flavor b... (read more) 3.0/5.0