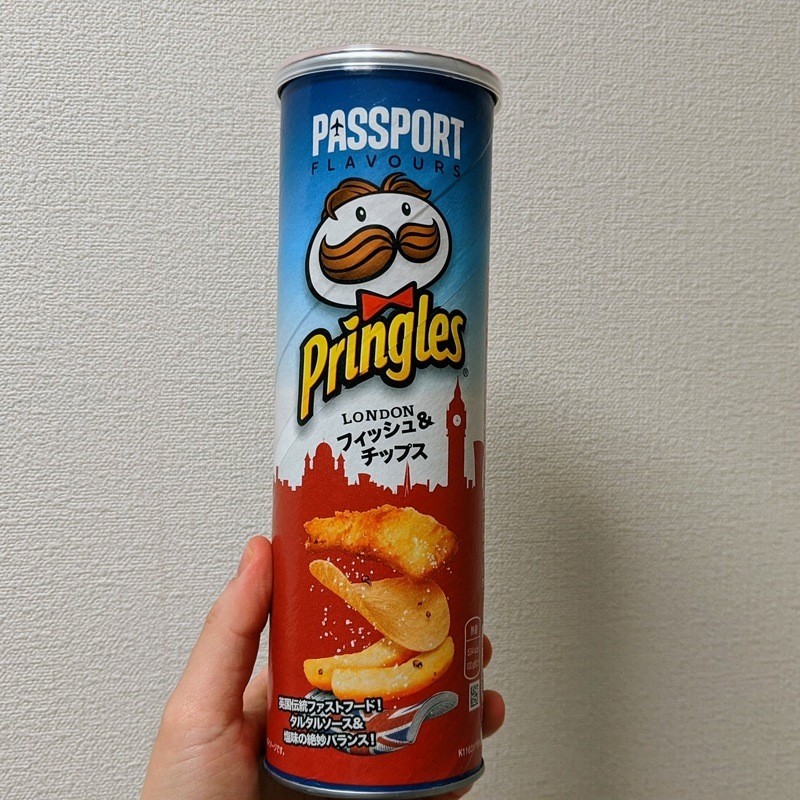 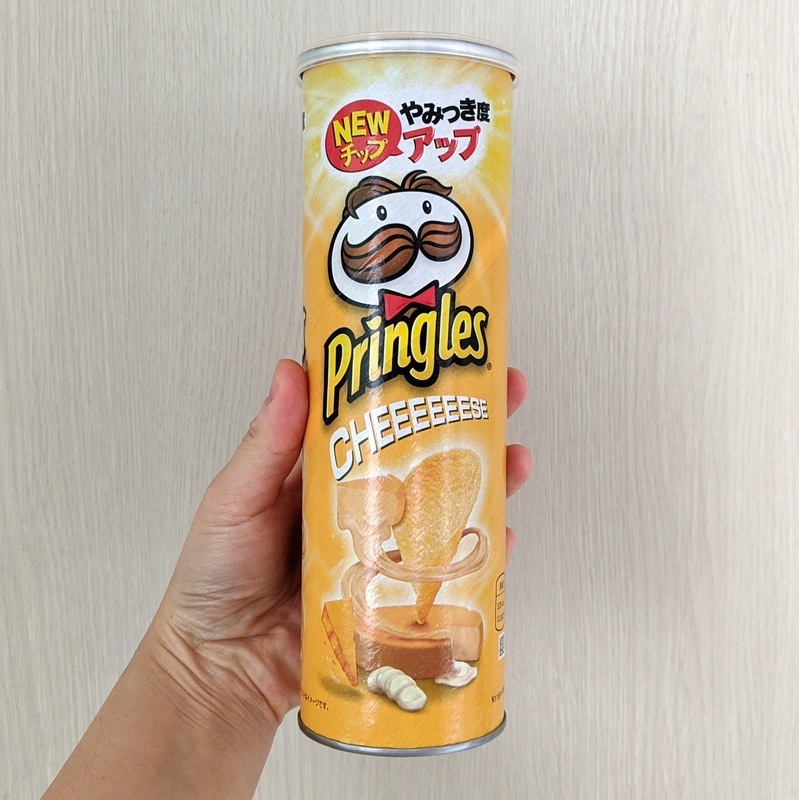 Pringles Cheeeeeese Flavor: For whatever reason, Japanese cheese snacks are rarely straight-up cheddar and often involve a mix of different types of cheese, resulting in a more creamy flavor. This Cheese Pringles snack, which I think may be exclusive to Japan, has a mix of cheddar cheese, mozzarella, and parmesan. Like typical Pringles, the underlying shape and taste (largely fried potatoes) is consistent; the cheese flavor definitely tastes distinct than regular cheddar but I can't say that I personally prefer it. ... (read more) 2.5/5.0 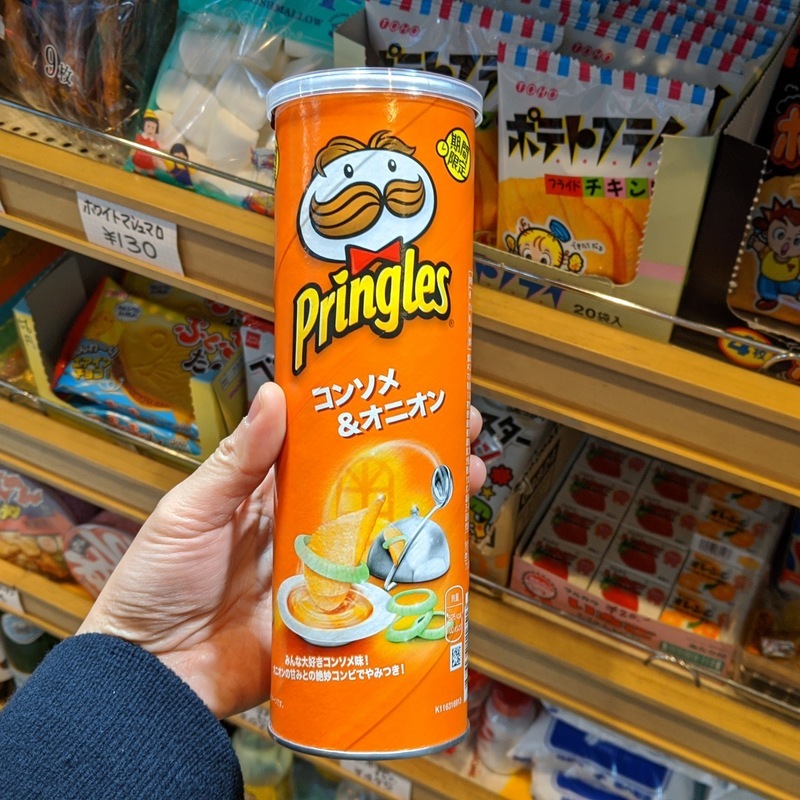