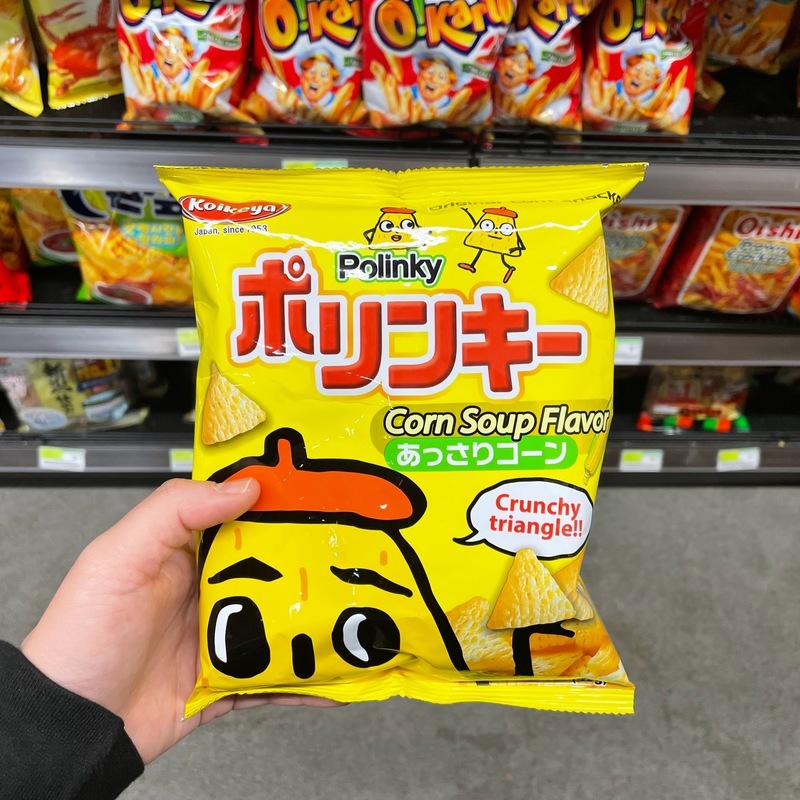 Koikeya Polinky Corn Soup Flavored Corn Chips: These (crunchy) triangle (!!) snacks have a corn-based flavor similar to Bugles but are covered in a powdered corn potage-like seasoning blend. They mostly taste like MSG. Texturally a cross between Chex Mix and Bugles. Not my favorite corn soup flavored snack but decent. 3.0/5.0 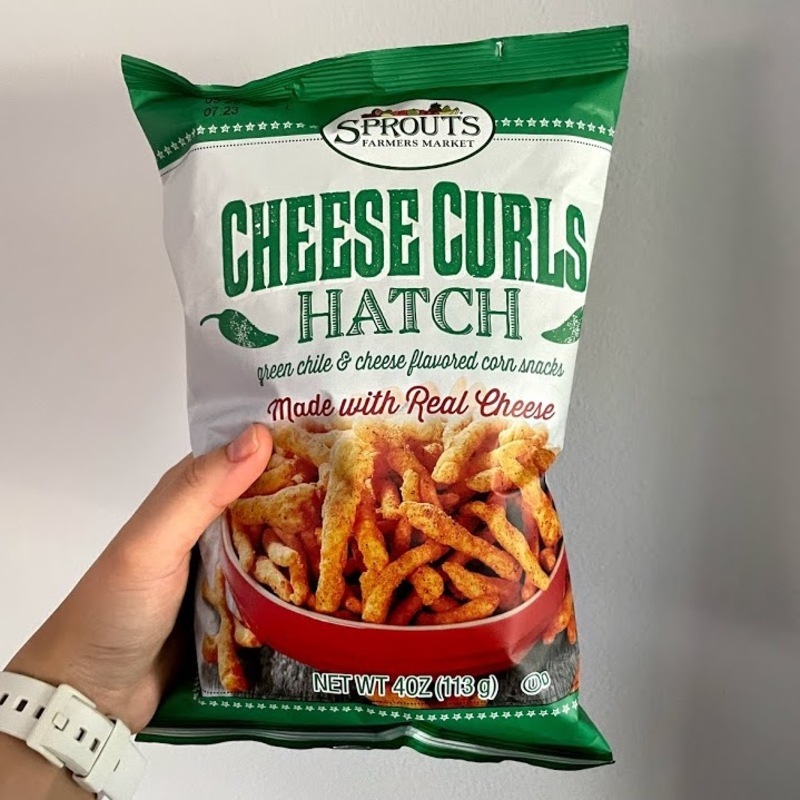 Sprouts Farmers Market Hatch Flavored Cheese Curls: Purchased from the grocery chain Sprouts, these crunchy-Cheeto-like corn snacks feature a generous dusting of green chili and cheese flavored powder that tastes different than even jalapeno cheese snacks – it has a more smoky, peppery flavor that reminded me too much of a salsa I might enjoy in very small quantities on a taco, but not one I would eat on its own. Overall, I found the taste to be too strong to want to eat very much of. 3.0/5.0 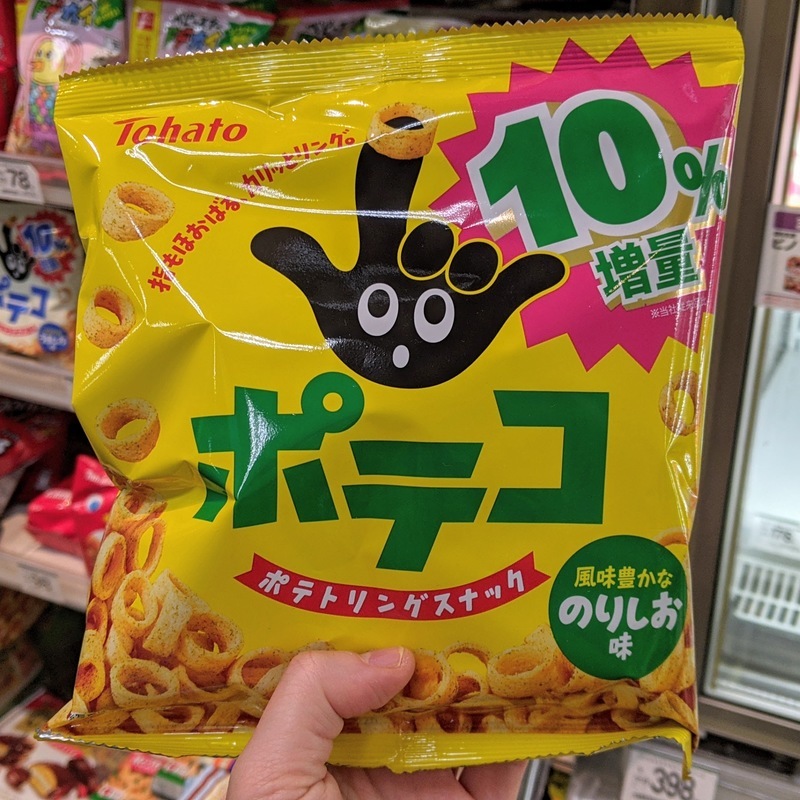