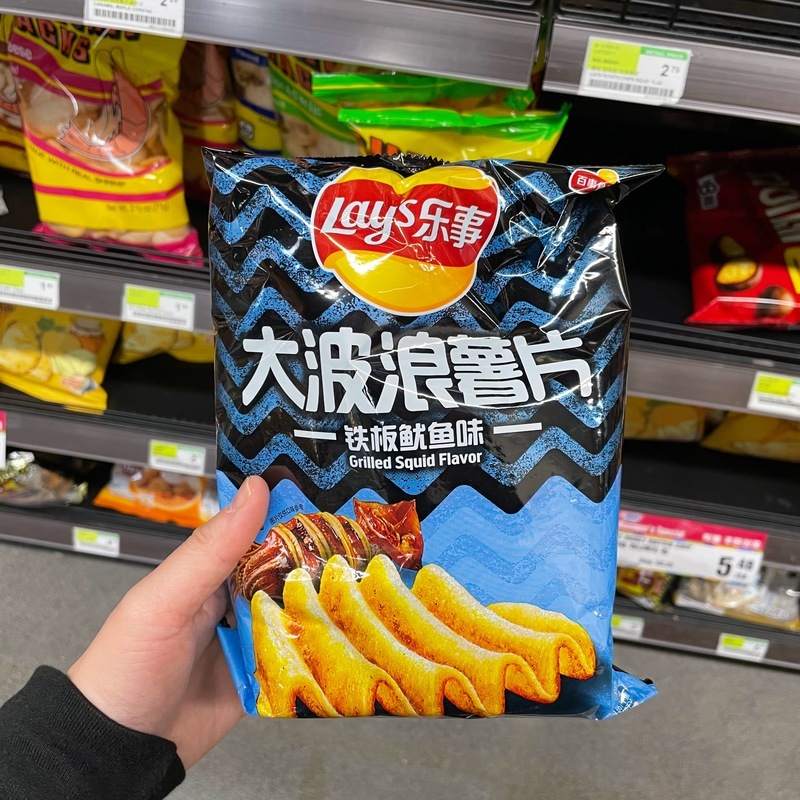 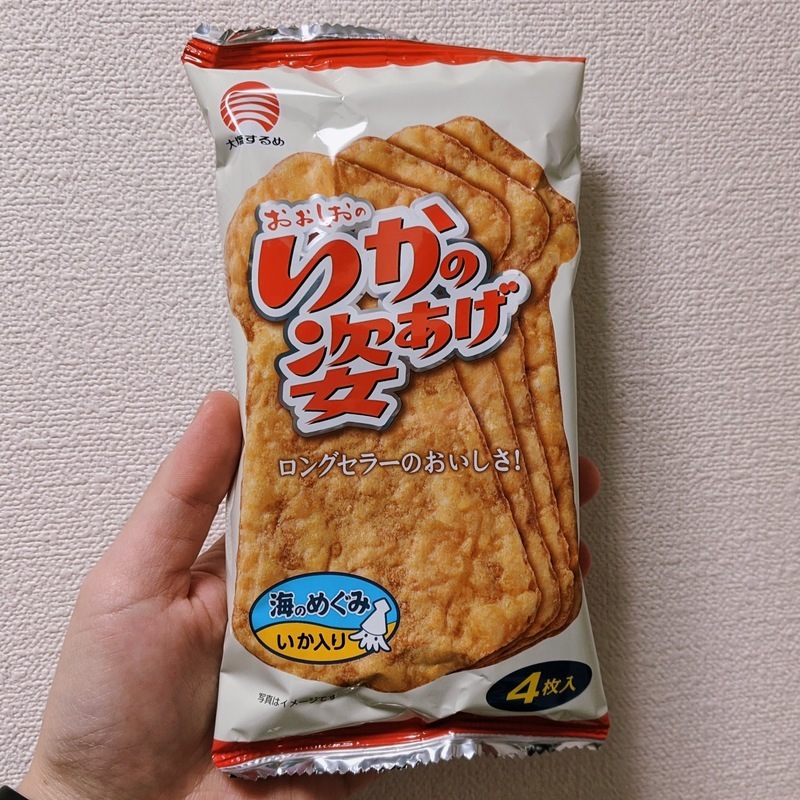 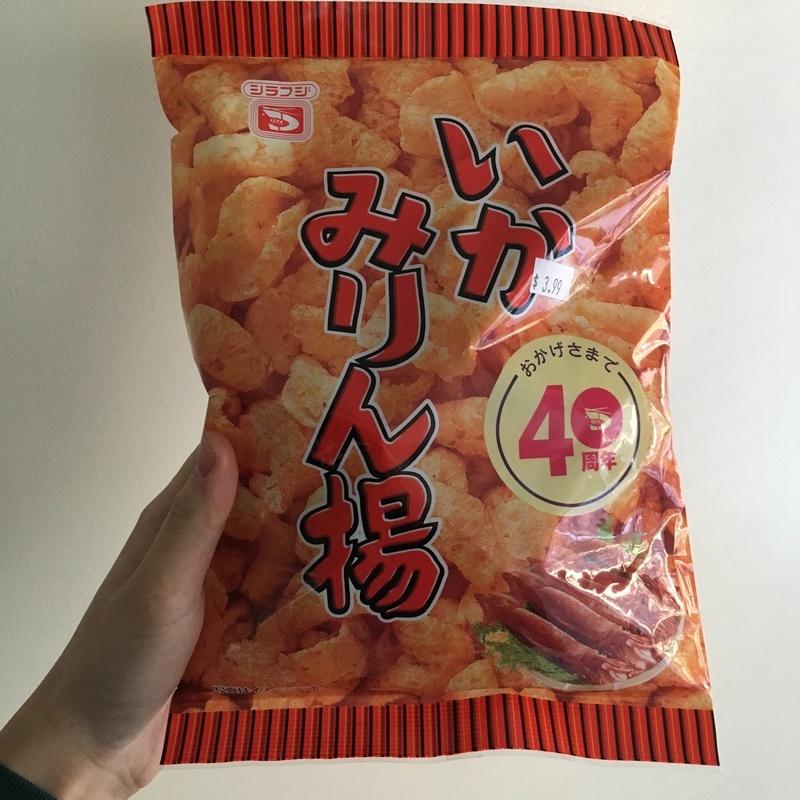 Shirafuji Seika Ika mirin age: To mark the occasion of reaching 1,000 tasty snacks, I went to Tokyo Fish Market to purchase Japanese snacks. I purposely picked two bags without any English on the packaging. The first was a squid-flavored rice cracker which, according to the ingredients, contains shrimp, cuttlefish, and octopus. Combining these seafood flavors with a generous amount of MSG leads to a umami-rich snack. The irregularly shaped crackers have a deep orange color and a shiny coating. Very satisfying and tasty. 3.5/5.0 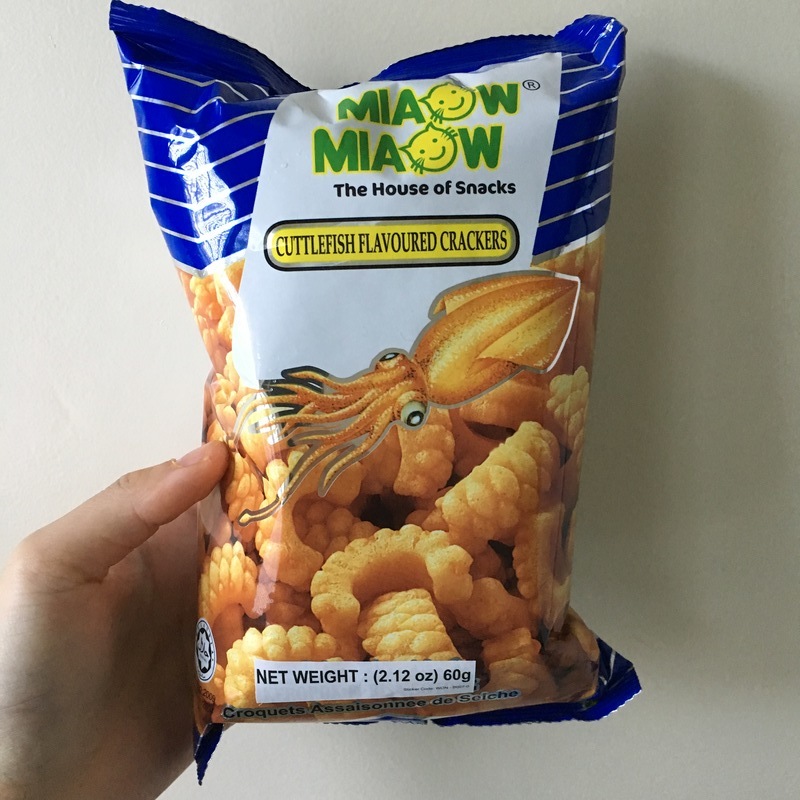 Miaow Miaow Cuttlefish Flavoured Crackers: From a wall of tempting Asian snacks at Tokyo Fish Bowl in Berkeley, this particular bag caught my attention, first from the cute cat-accented logo and then its intriguing seafood flavor. I am a huge fan of Asian seafood snacks, and this particular one is from Malaysia. Unlike more familiar shrimp crackers, the chips are thicker and curl almost onto themselves like curly fries. The tentacle-like indentations mean that more seasoning is caught in the crevices, and there is a ton of sweet a... (read more) 4.0/5.0