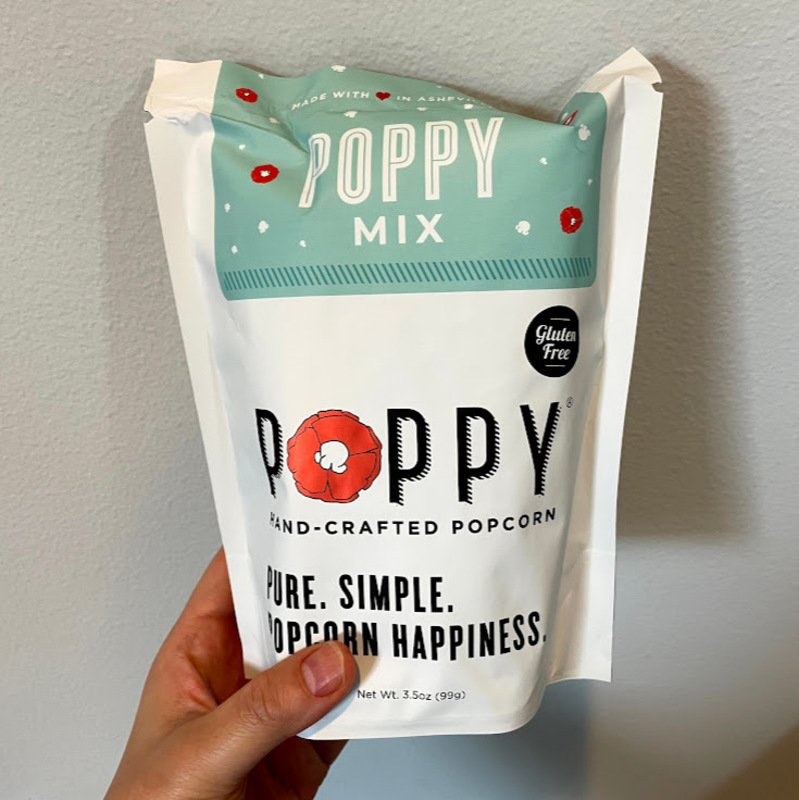 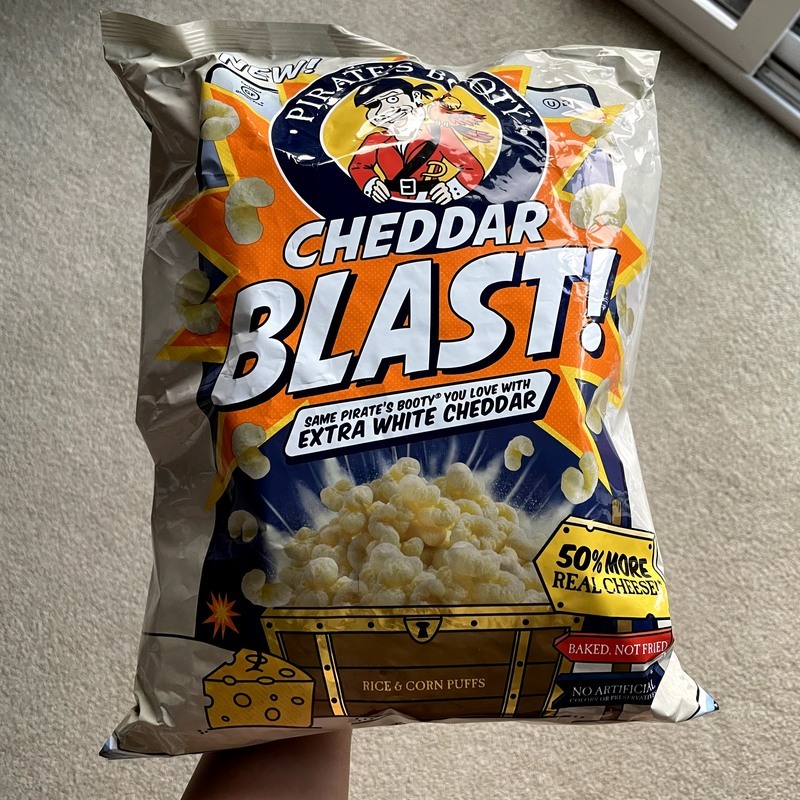 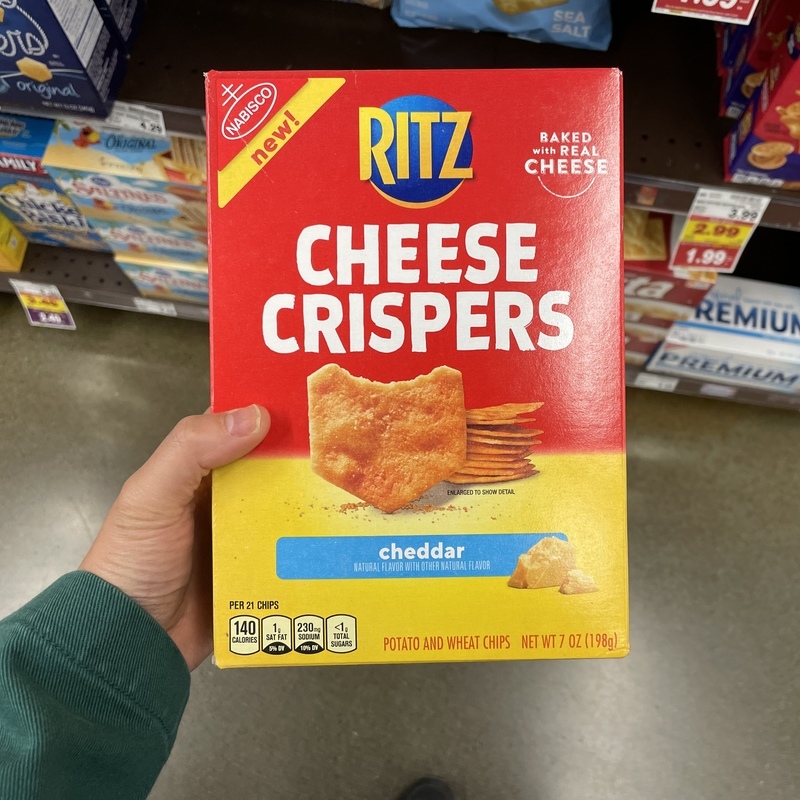 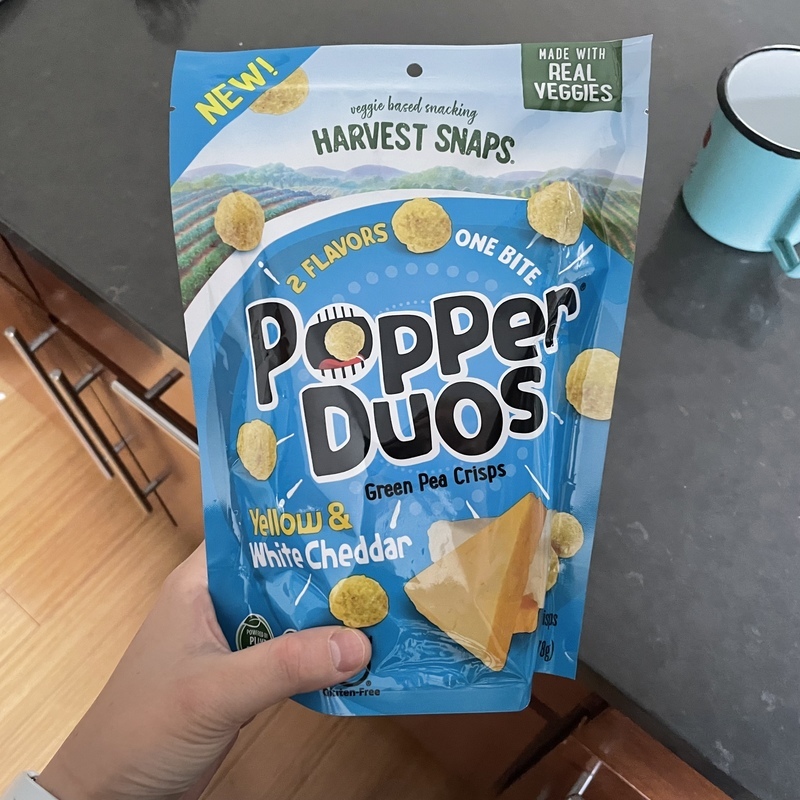 Harvest Snaps Yellow and white cheddar Popper Duos: Cheese puffs are some of my favorite junk food, and this pea-based yellow and white cheddar combo snacks are even better than the original corn-based ones. They’re more dense, so they have more of a bite, but they’re still crispy, and the coating has all the rich, savory flavor of a flavor-engineered Frito Lay snack but without the weight of artificial ingredients. A super dependable tasty snack that I am sure I’ll be buying again. 4.0/5.0 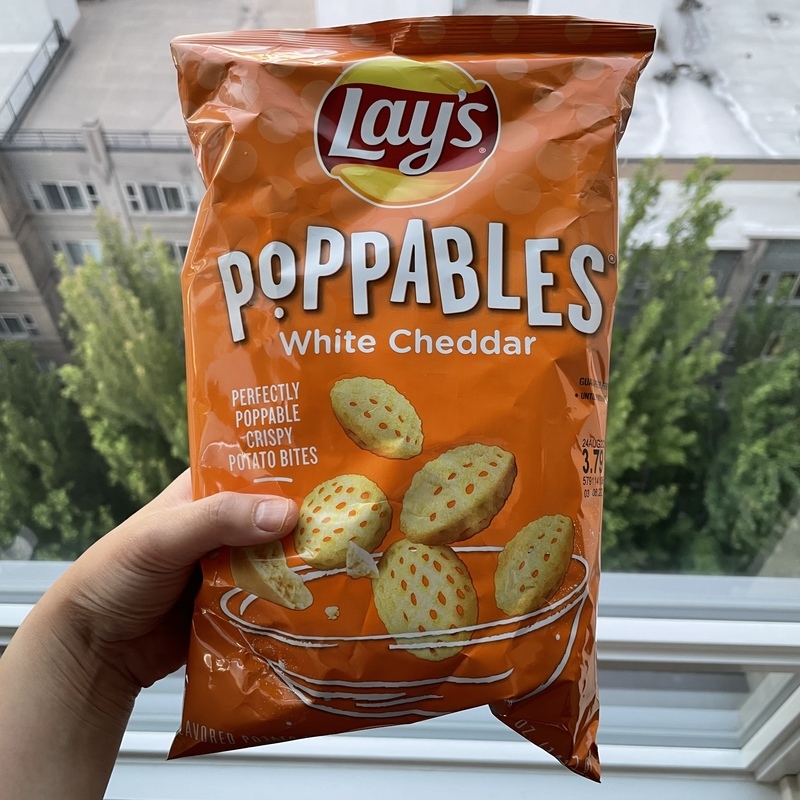