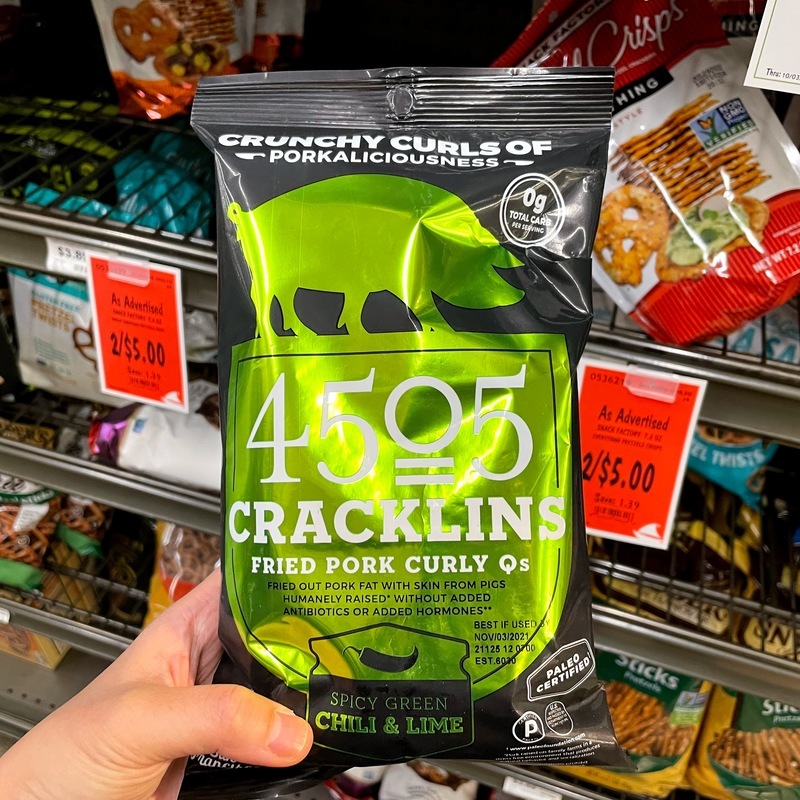 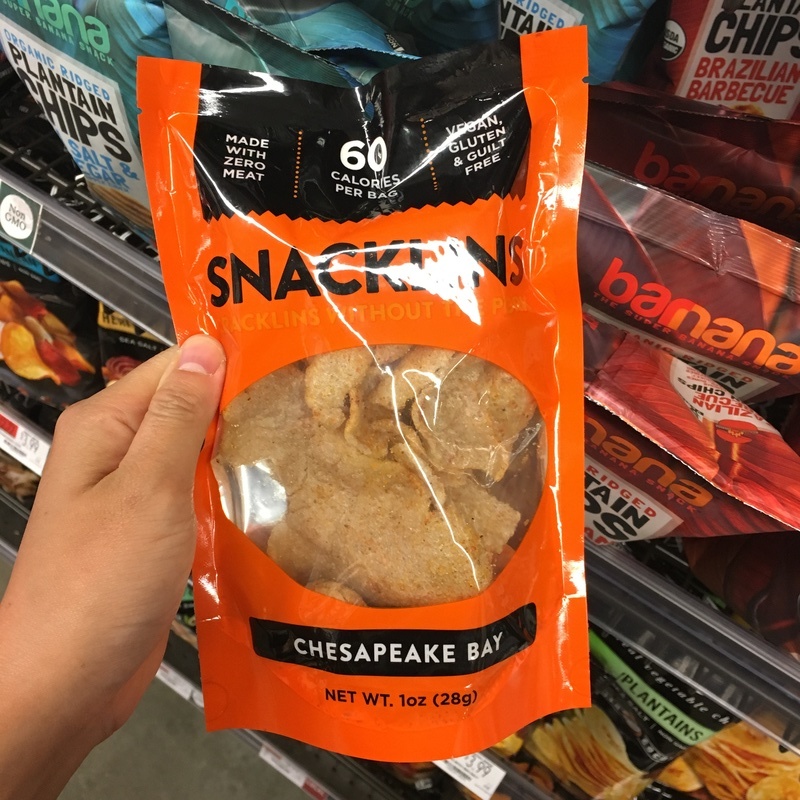 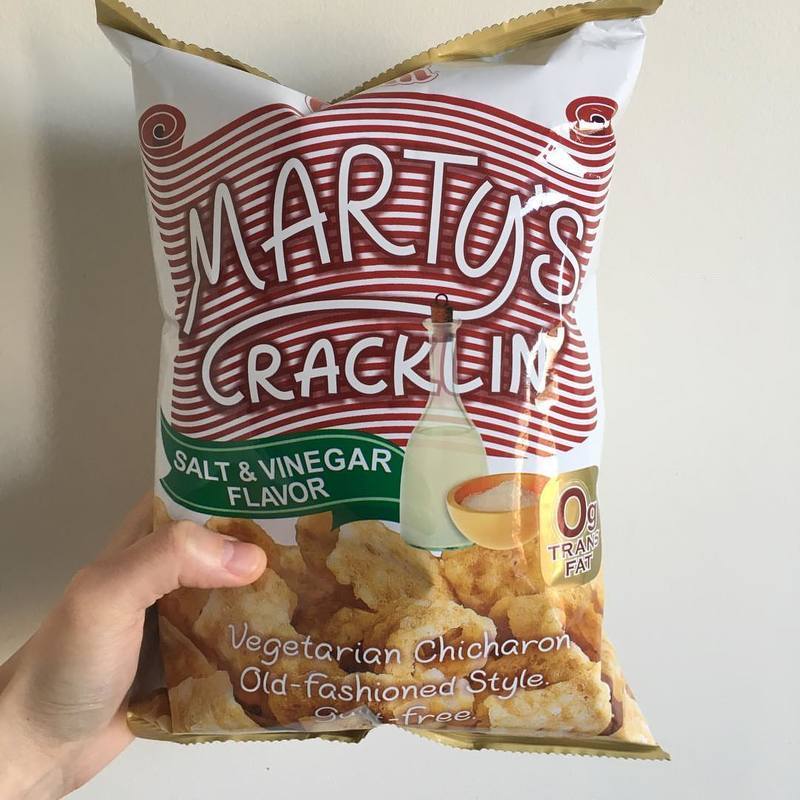 Oishi Marty's salt and vinegar flavored cracklings: I bought this snack because I saw chicharons on the package, but when I got home, I was upset and baffled to see they were vegetarian. Upon tasting, though, I'm impressed with how closely they were able to match a distinctively meaty snack. The cracklings don't melt in your mouth the way fatty chicharons do, but the aggressive salt and vinegar flavor combined with a crunchy, textured cracker bears a passing resemblance. There is no way a vegetarian designed this snack. While the packaging ha... (read more) 3.5/5.0 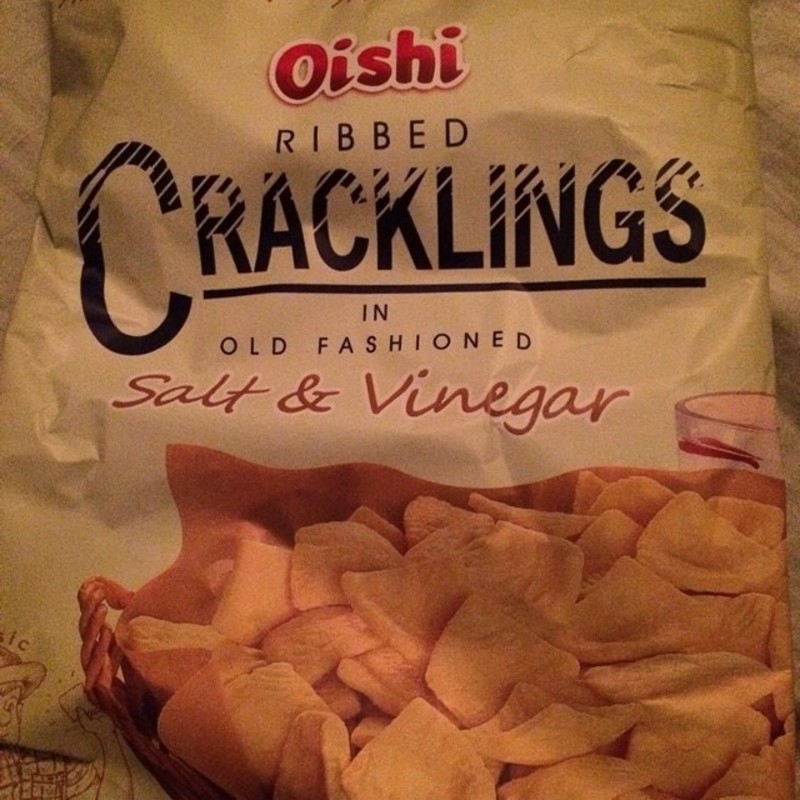