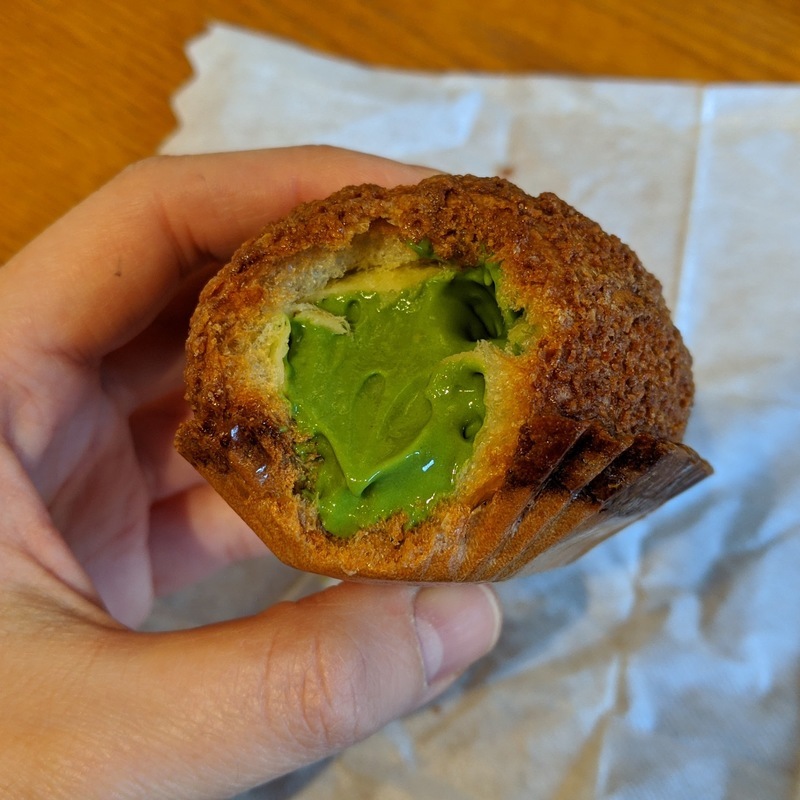 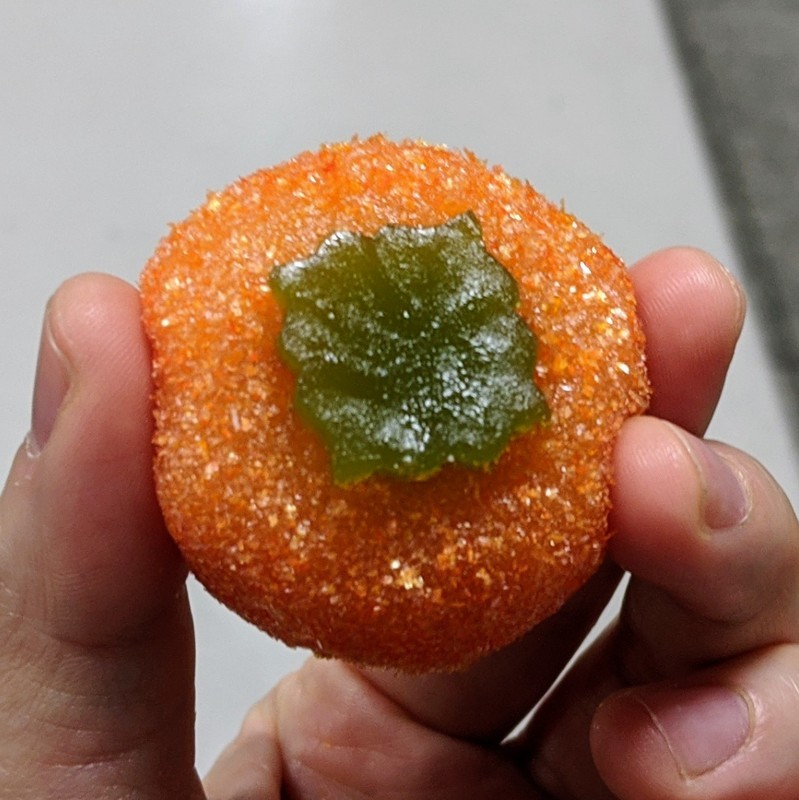 Nihonbashiya Persimmon Mochi: This is the second flavor mochi I bought from Nihonbashiya, the Japanese confectionary shop in Akihabara station. It features a very cute gelatin leaf. This flavor was a bit more neutral, with a dark brown taste interior that taste sweet and faintly floral but was not particularly reminiscent of persimmon. Texture was decent but not extremely fresh. 3.0/5.0 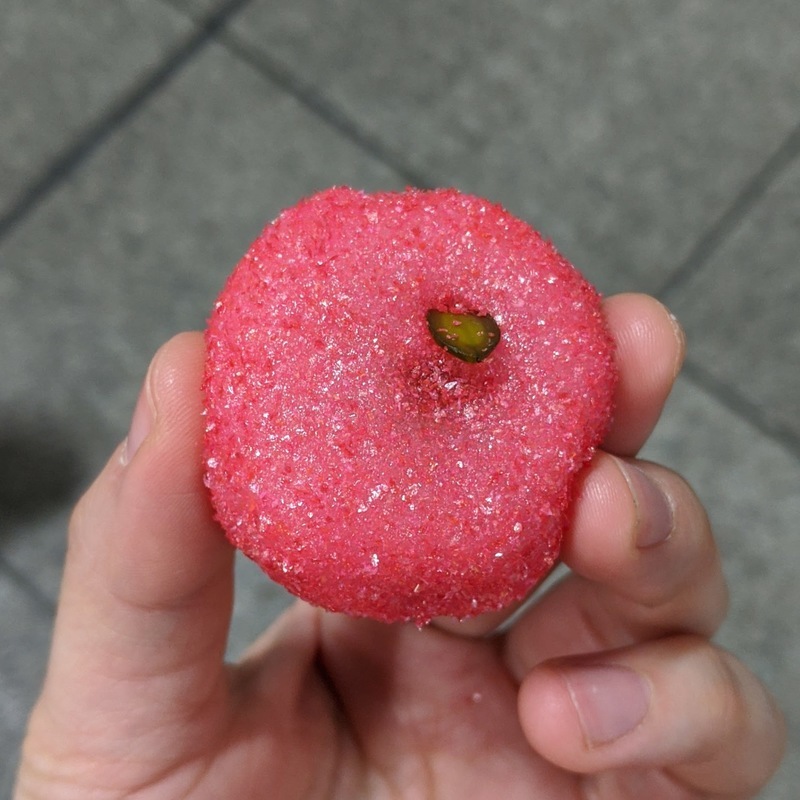 Nihonbashiya Apple Mochi: This shop adjacent to the Akihabara station has mini fruit-shaped mochi that are incredibly cute. I bought two to try: apple and persimmon. This apple one was my favorite with a surprisingly concentrated apple-flavored paste at its center. I didn't realize it would actually taste like apple, and it was well balanced and not too sweet, even though it's covered in sugar. 3.5/5.0