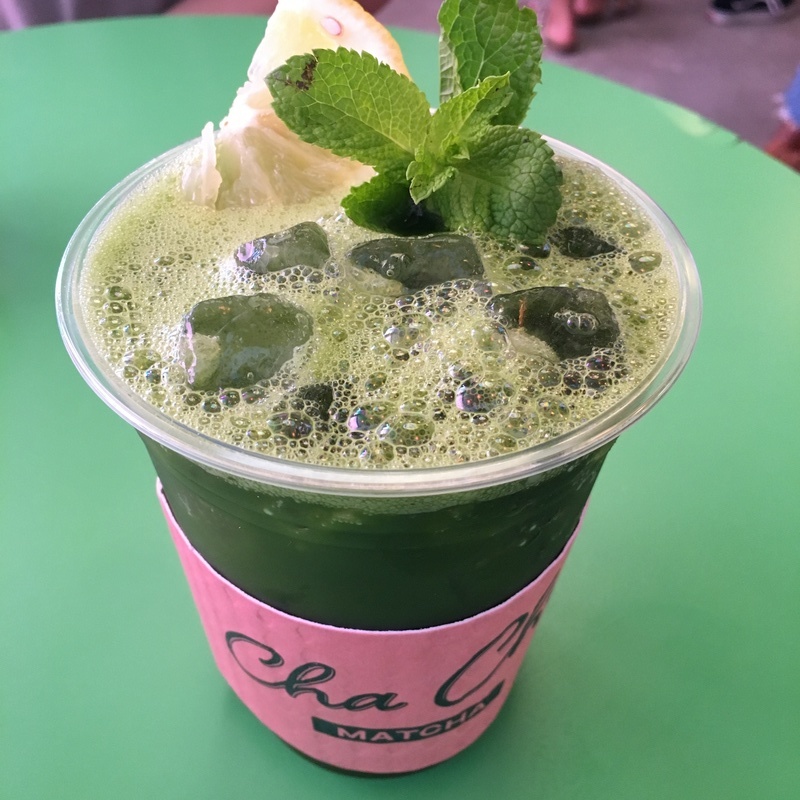 Cha Cha Matcha Matcha lemonade with mint: More mint than matcha, this chilled lemonade is refreshing but doesn’t quite hit the mark as far as green tea flavor. It has a slight bitterness that sets it apart from a normal lemonade, but it would be hard to guess it contains matcha if you were to drink it without first seeing its identifying dark green color. Purchased from the ultra trendy matcha shop Cha Cha Matcha, a cafe seemingly built for Instagram, replete with a faux living wall and lifestyle neon signage. 3.0/5.0 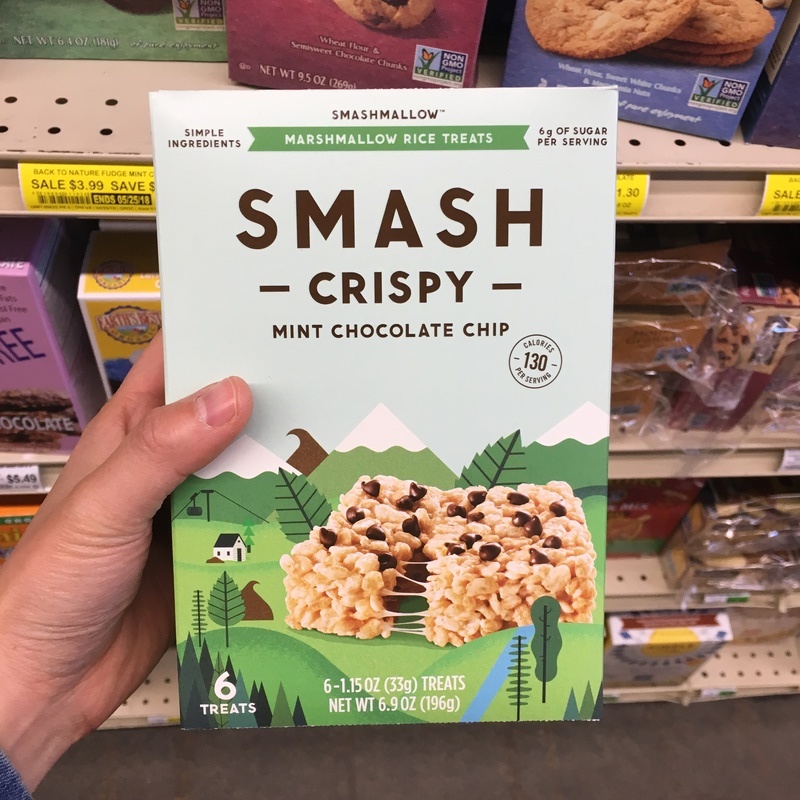 Smash Mint chocolate chip marshmallow rice treat: The good thing about this snack is that it is not overly sweet and is fairly substantial for a rice crispie. It has small morsels of mint chocolate chips scattered throughout. However, when mint flavored foods are strong, they sometimes verge into artificial / medicinal / mouthwash territory, and this snack bar comes close. Texturally, it’s a bit tougher to bite into than other marshmallow treats. Overall, this one was just ok. 3.0/5.0 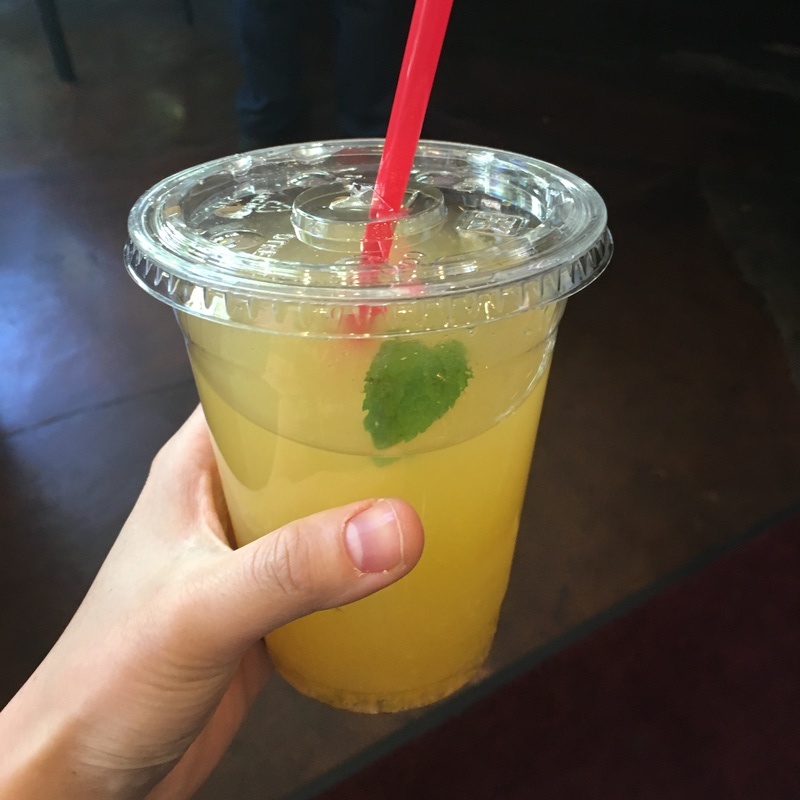 Sliver Ginger Mint Lemonade: Sliver is the Cheeseboard knockoff started by Cheeseboard alums, serving essentially the same exact product (even down to the same green salsa) minus the lines, and with the added benefit of proximity to campus (at least for Berkeley students). Which is to say that the owners made a smart business move, though it seem unfair and disloyal to say the least. As far as the pizza goes, I have no comment, for both Cheeseboard and Sliver. But I was impressed with their Ginger Mint Lemonade, whic... (read more) 3.5/5.0 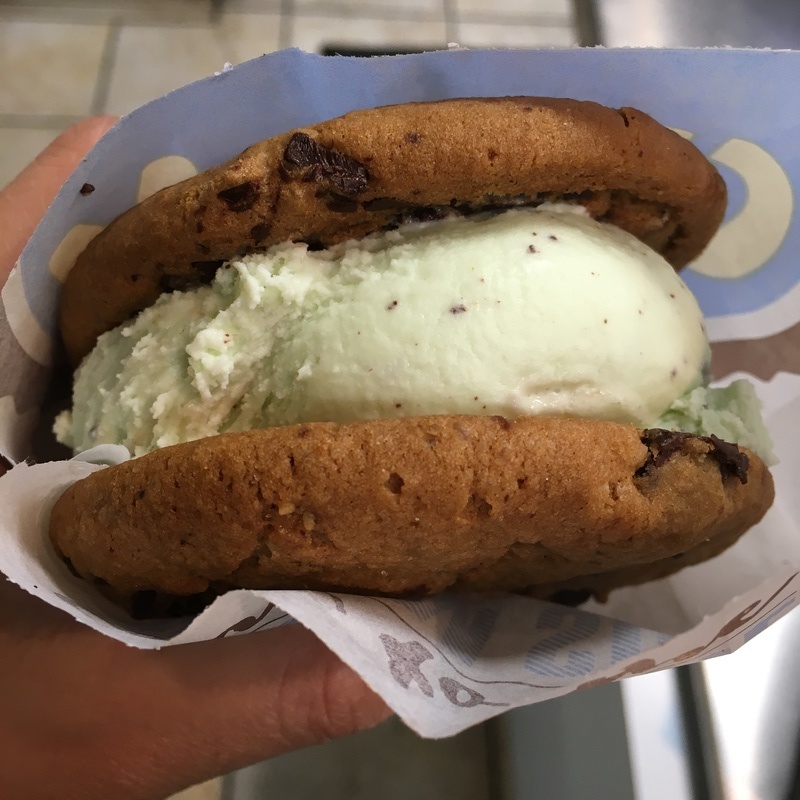 Cream Mint Chocolate Chip Ice Cream Sandwich with Chocolate Chip Cookies: For the past few weeks, I've passed this popular Ice Cream shop on my way back from Amoeba in Berkeley and always noted the long lines. At around 10pm last Friday night, it took me 8 minutes in line to get to the counter, where I was greeted with an overwhelming scent of butter and baked goods. While the menu lists over 20 flavors, only about 10 are actually available at any given time. I ordered their mint chocolate chip ice cream with two chocolate chip cookies for a surprisingly low pri... (read more) 4.0/5.0 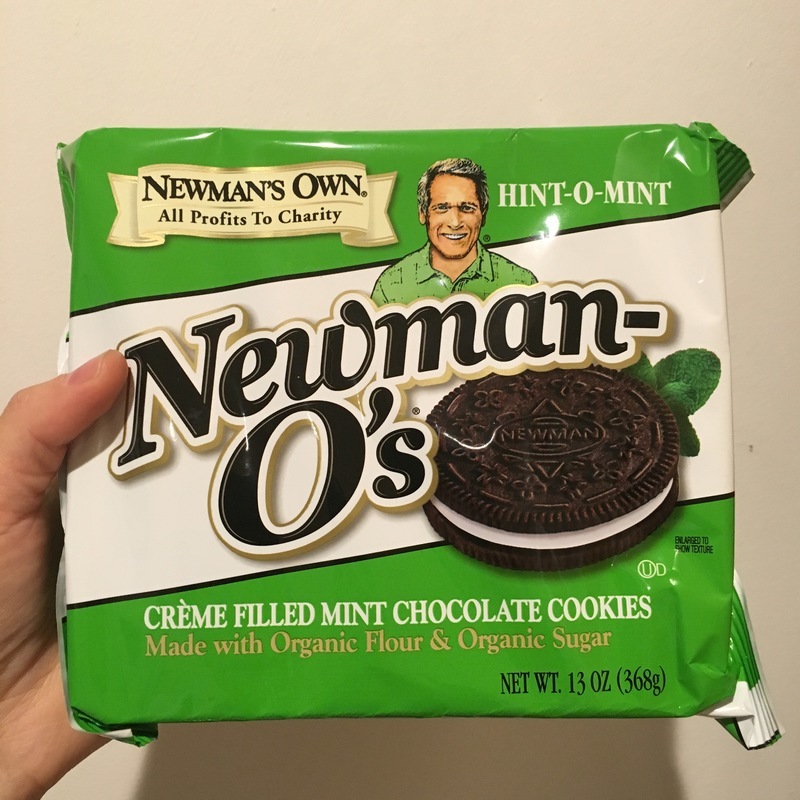 Newman's Own Mint Chocolate Newman O's Cookies: Since I was pleasantly surprised with the quality of Newman Own's ginger sandwich cremes, I decided to get an alternative flavor. The mint flavor is similarly good, with a prominent mint flavor and hearty chocolate cookies. I like leaving the bag open so that the cookies get a little softer and less crumbly. 3.5/5.0 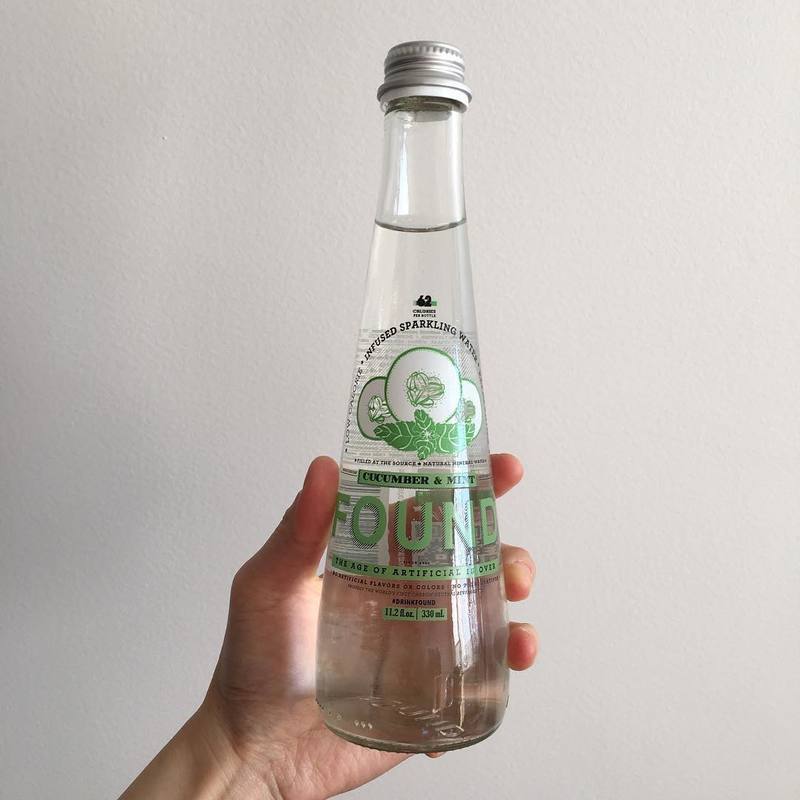 Found cucumber and and mint sparkling water: A surprisingly flavorful drink that would pair well with many different foods. Crisp and just sweet enough. Mint drinks sometimes run the risk of tasting like mouthwash, but this one is well balanced. A spa day for the mouth. 4.0/5.0