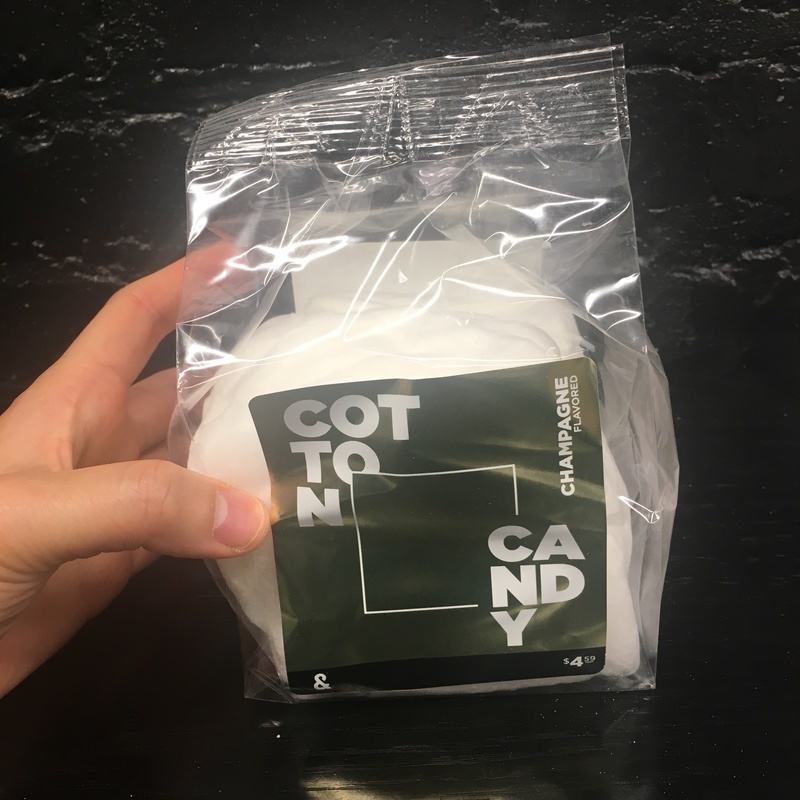 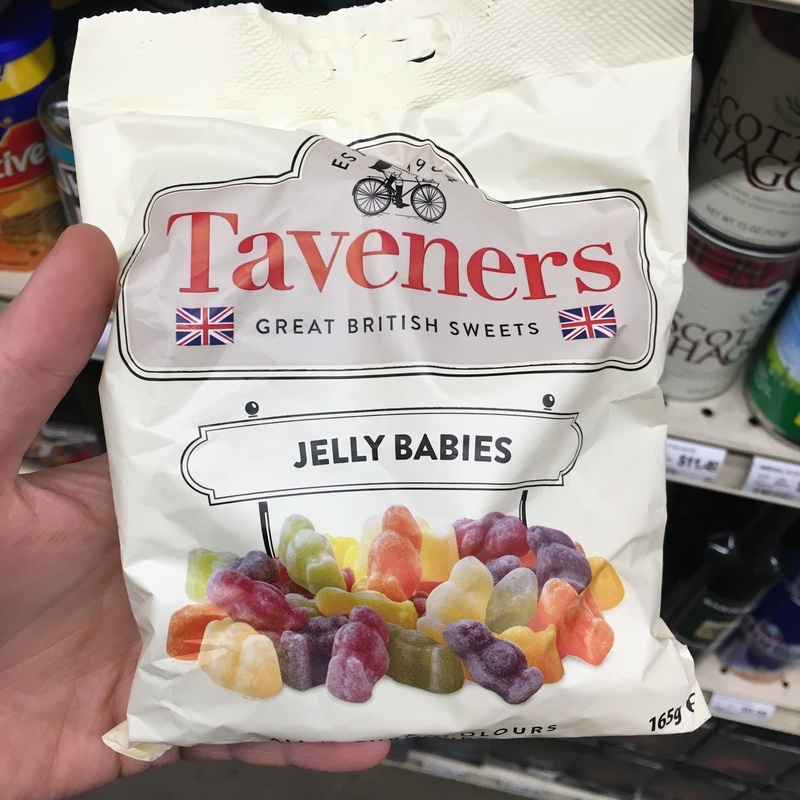 Taveners Jelly babies: Since 1904, brits have been able to satisfy their cannibalistic desires with Taveners jelly babies. These gummy candies have a unique frosted coating; biting through it reveals a softer, slightly sticky interior that’s very sweet with classic fruit flavors (simply described as “flavorings” in the ingredients). Good in small quantities. 3.0/5.0 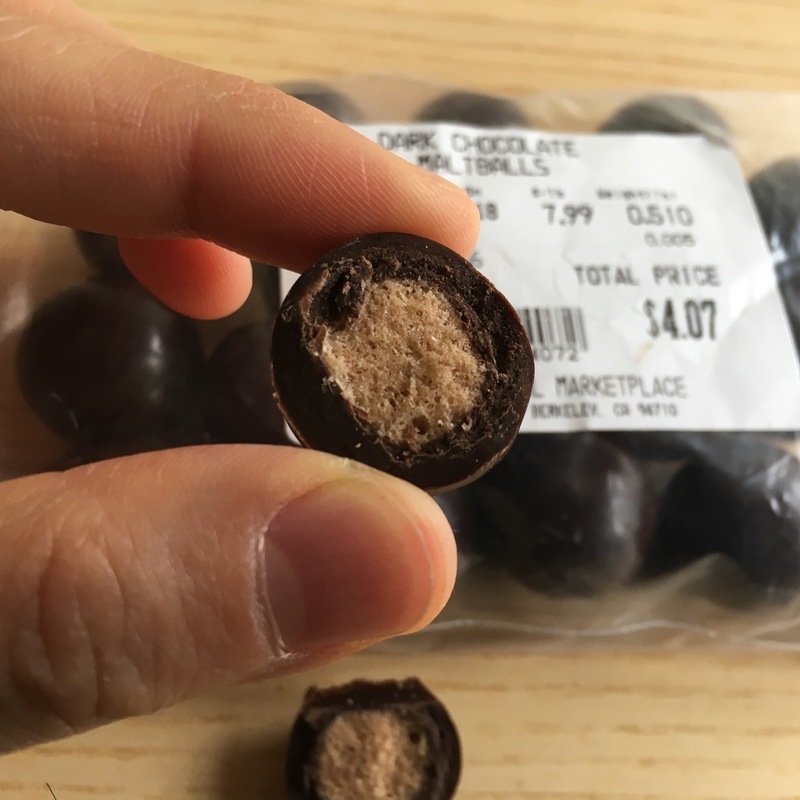 Berkeley Bowl Dark chocolate Malt Balls: I wish malt balls were shelf stable so they could be purchased without any coating. Until then, they seem so only exist in chocolate covered balls, as is this bulk snack from Berkeley Bowl. The chocolate coating is significantly thicker than that found on Whoppers or Maltesers, but as a side effect, the predominant flavor and texture is that of dark chocolate. When the chocolate layer is consumed first, the malt interior is found to be crunchy unlike the melt-in-your-mouth consistency of mas... (read more) 3.0/5.0 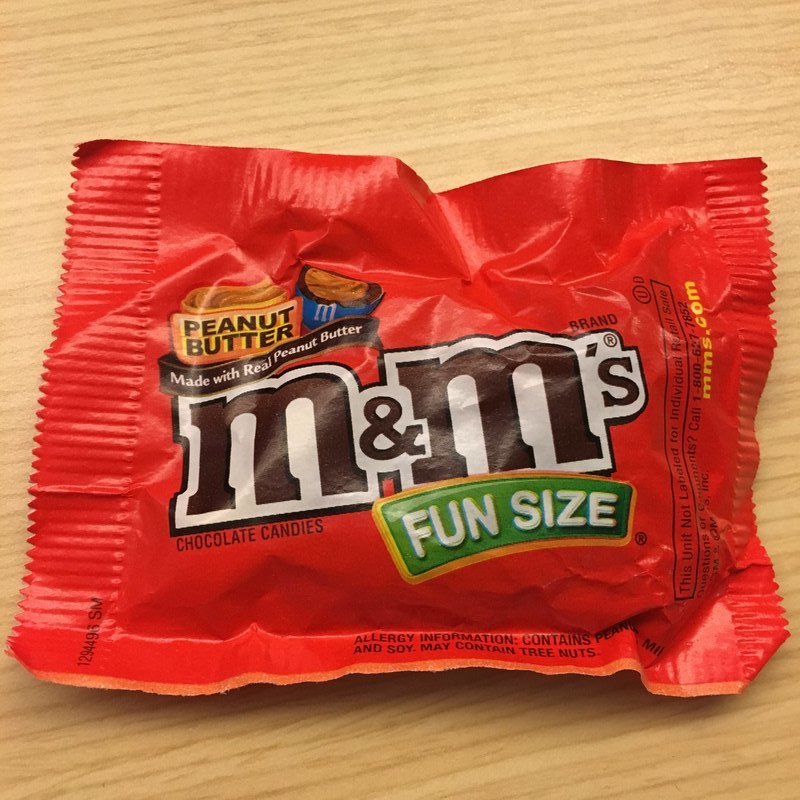 M&M Peanut Butter Chocolate Candies: According to Wikipedia, Peanut Butter M&Ms have been around since the 1990s, but I've never encountered them until recently. This particular "FUN SIZE" bag came from the office candy jar, and as I missed any Halloween fodder due to a flu last fall, I felt that my consumption was at least permissible. Inside your standard colored candy shell is a solidified peanut butter paste, not too unlike Reese's Pieces in its slight creamy yielding texture (in contrast to the classic chocolate filling ... (read more) 2.0/5.0 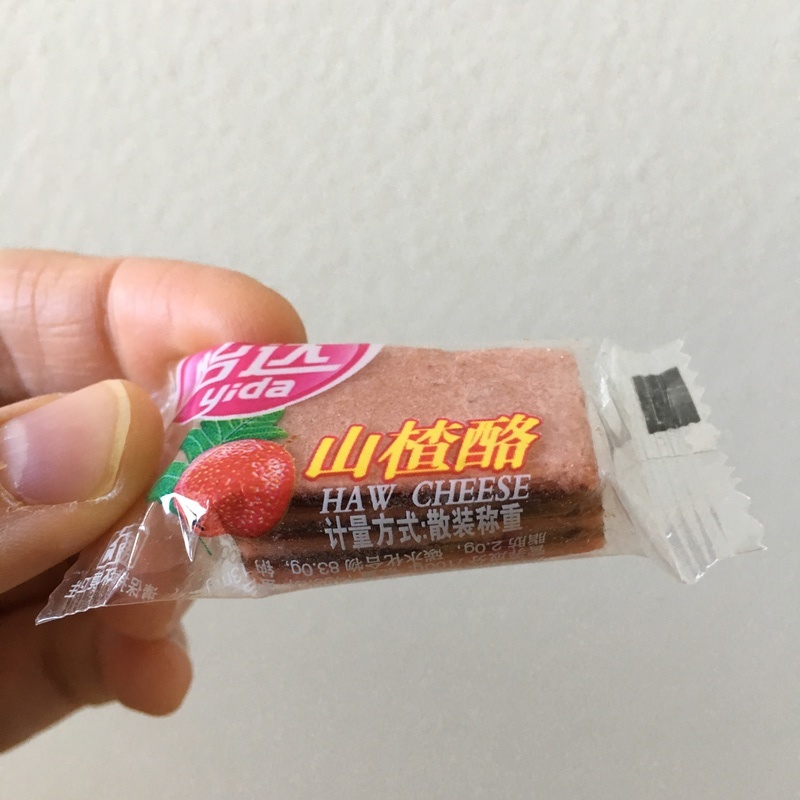 Yida Haw Cheese: As a child, I imagined if I needed to sustain myself on my paltry allowance, I could afford to live off Haw Flakes, a traditional Chinese candy consisting of stacks of purple-red discs (think Necco wafers, but thinner), costing about fifty cents for a pack of 10 rolls. They taste like strawberry fruit leather and are made of a Chinese fruit called hawthorn. Texturally, it's hard but then slightly chewy at the first hint of moisture. This individually wrapped candy from Yia is a different t... (read more) 3.5/5.0 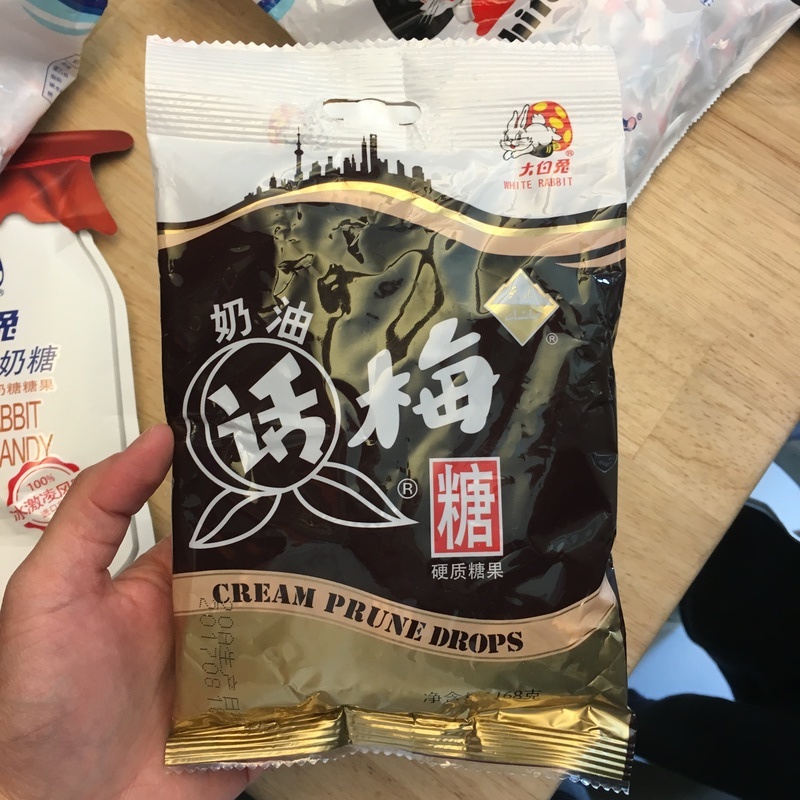 White Rabbit Cream Prune Drops: Most people know White Rabbit from their iconic chewy milk-flavored candies wrapped in rice paper. But when several coworkers from Shanghai visited bearing (candy) gifts, I was surprised to find prune-flavored White Rabbit hard candies. These drops are reminiscent of dried sour and sweet salted plums that are a popular snack in Taiwan. It is probably not a snack universally enjoyed, but those who like salted plums will appreciate its flavor. 3.0/5.0