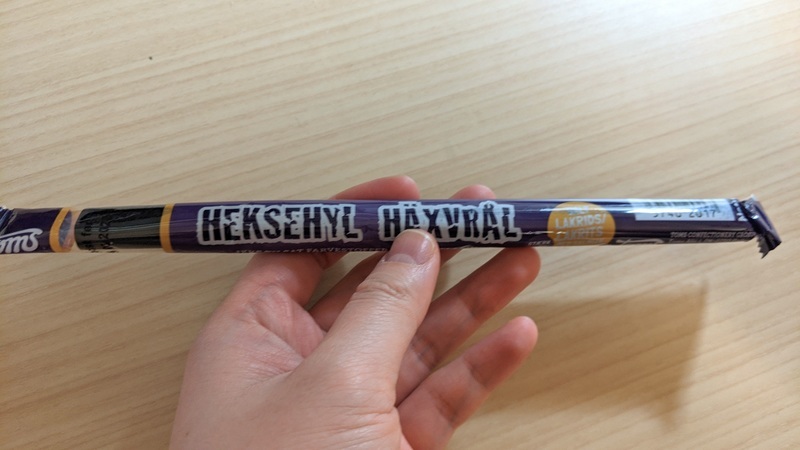 Toms Heksehyl Haxvral Danish Salty Licorice: This was another Danish snack that I received as a participant for a virtual conference. It comes in rope form and features a cylindrical piece of black licorice filled with salmiak salt (which is essential ammonia). I've heard that licorice is popular in Nordic countries, and I think this must be an acquired taste that I do not have. It had a surprisingly sharp bitter and salty flavor (mostly from the filling) that my taste buds had an immediate visceral reaction to, and not in a pleasan... (read more) 2.0/5.0