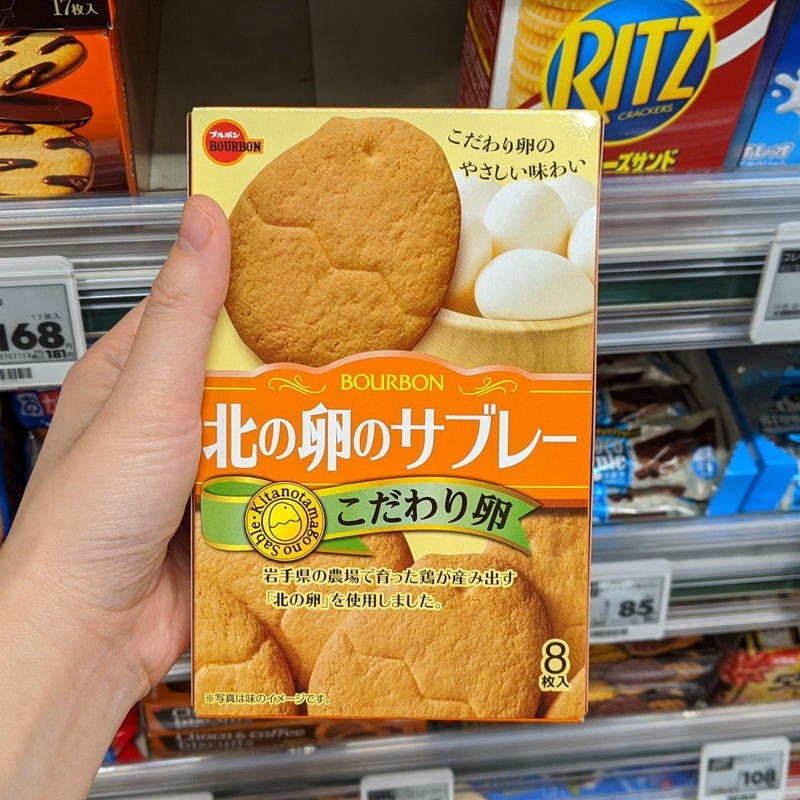 Bourbon Kitanotamago no Sable Biscuits: I've been having a lot of plainer snacks recently, but this biscuit is definitely one of the better ones I've had, in Japan and otherwise. The box comes with 8 individually wrapped cookies, shaped like eggs and reminding me of dinosaur egg cartoons. They have a crumbly texture and sweet, buttery flavor that's surprisingly satisfying and richer than your typical biscuit. 3.5/5.0 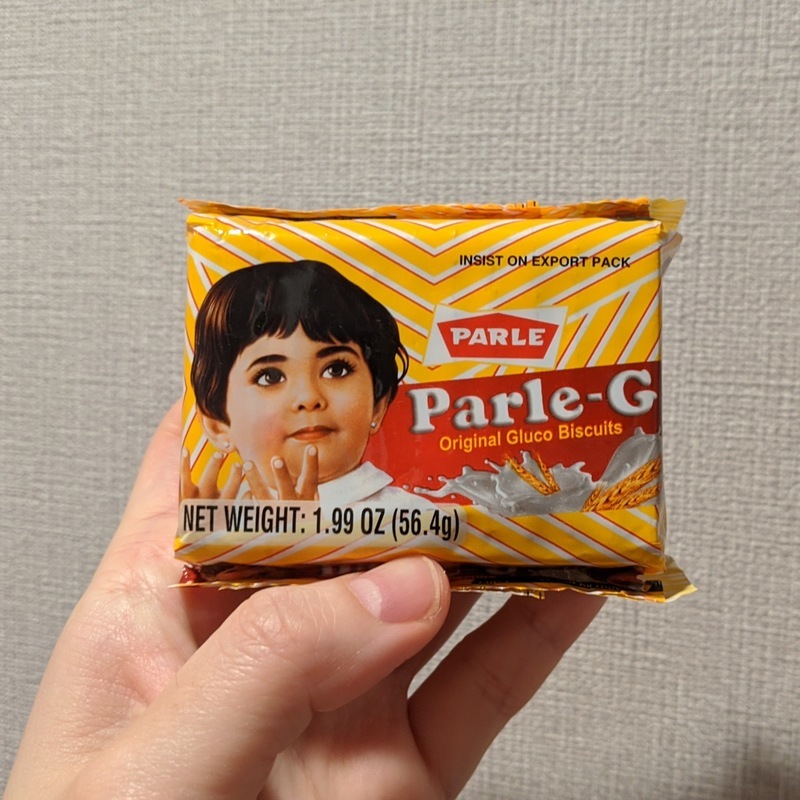 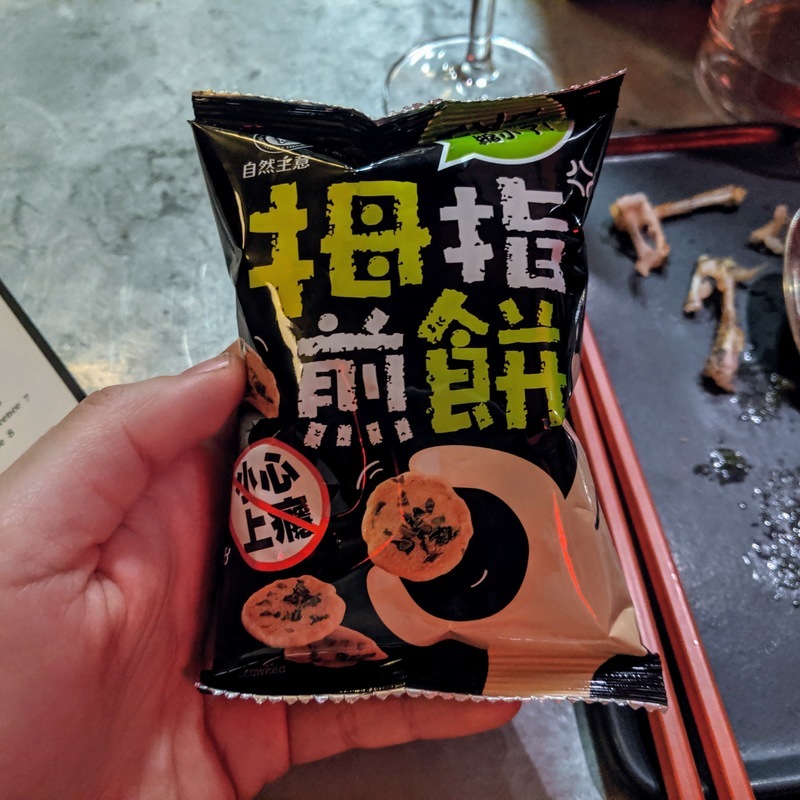 Natural Idea Finger Pancakes - Seaweed Flavor: My friend SengMing brought me this snack, which he purchased from 99 Ranch, an Asian supermarket. Directly translate to "Finger Pancakes" (there is no English on the label), these miniature biscuits are irregularly shaped and really do look like pancakes, with the same kind of coloration ( a darker toasted brown on the edges) that you get when you actually make pancakes on the stovetop. The sweet and savory seaweed flavor is super tasty and distinct, with a much more concentrated taste of ... (read more) 4.0/5.0 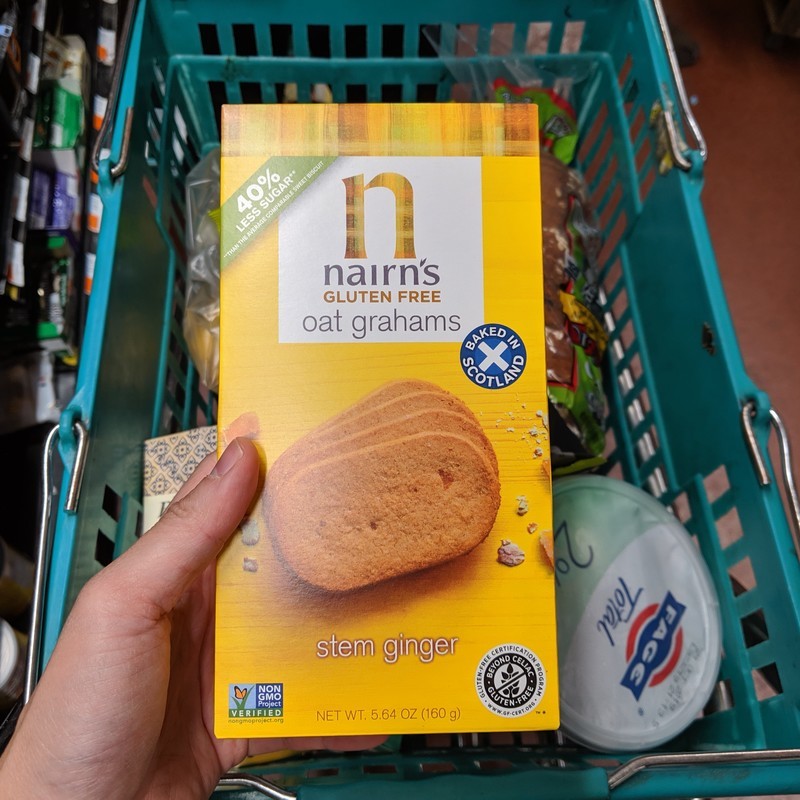 Nairn's Stem ginger oat grahams: Another set of Scottish biscuits from Nairn's, this one flavored with bits of chewy dried ginger. Tastes like a Graham cracker with a bit of spice. Portable snack packs contain two servings, with four biscuits in each pouch. Would probably pair well with tea, though I ate them by themselves. I love ginger, but these biscuits didn't stand out as much as the chocolate chip ones, though they were still good enough to recommend trying. 3.5/5.0 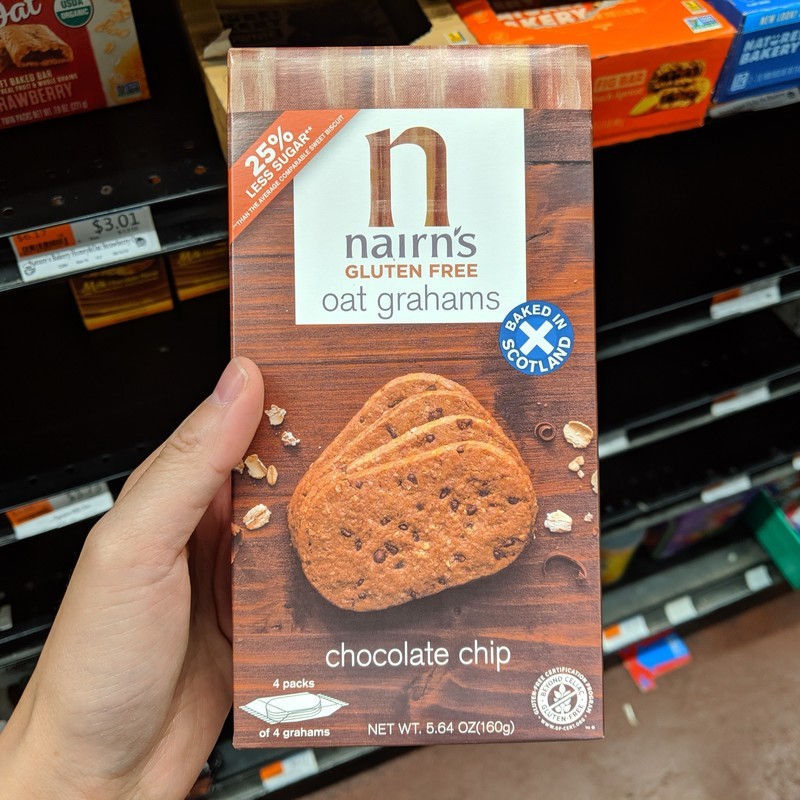 Nairn's Chocolate chip oat grahams: Lightly sweetened Scottish biscuits. The box contains four packs of individually wrapped snack packs (each with four oval-shaped biscuits). They're like Belvita breakfast crackers, but good - the oats maintain some of their texture even in biscuit form, and the chocolate flavor is just enough to feel like a treat. Strikes a balance between healthy and tasty. 4.0/5.0 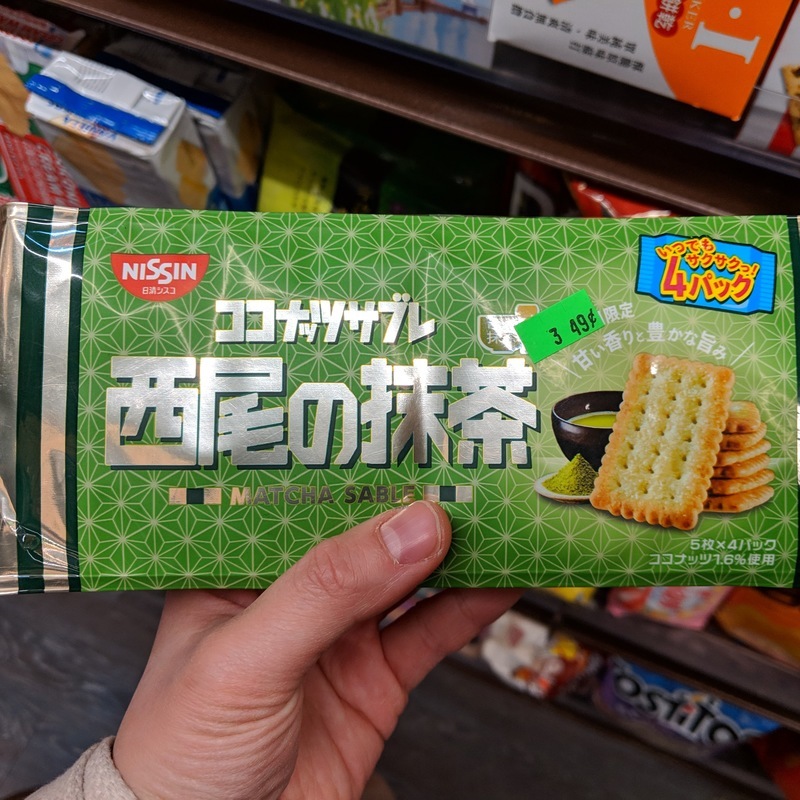