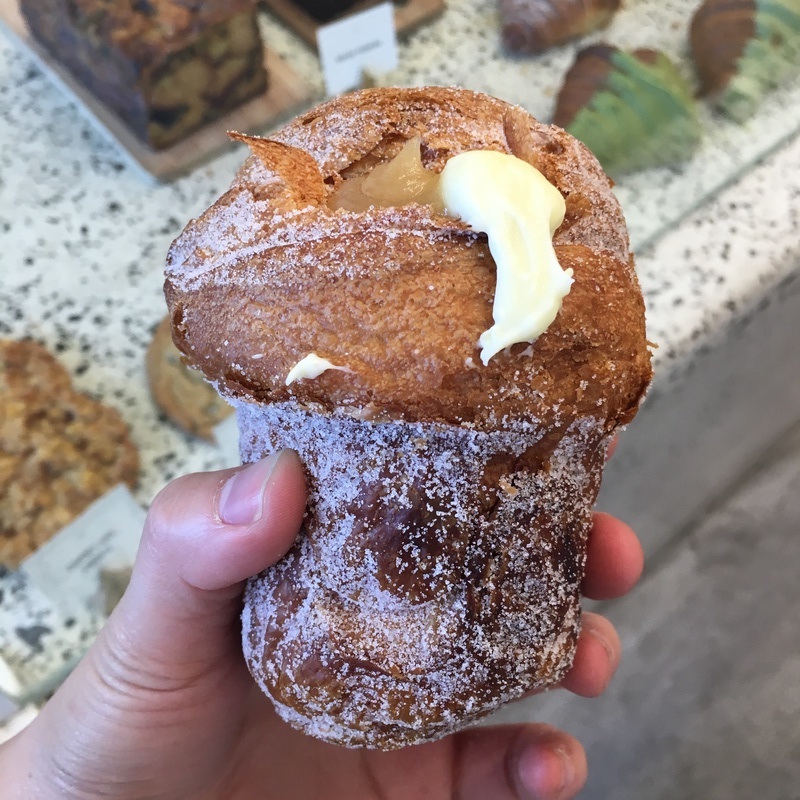 Mr. Holmes Bakehouse Apple and marscarpone cruffin: In LA on Larchmont, Mr. Holmes Bakehouse looks like just a regular pastry shop: no lines, a modest storefront, and a few nicely presented seasonal options. Both cruffin flavors (maple and beer and apple and marscarpone) were available, with seemingly no particular demand. We tried the apple and marscarpone muffin and donut hybrid, which stood tall and was dusted in sugar. The flavor of the apple filling was nicely spiced and textured like applesauce, and the exterior pastry struck me as more... (read more) 3.0/5.0 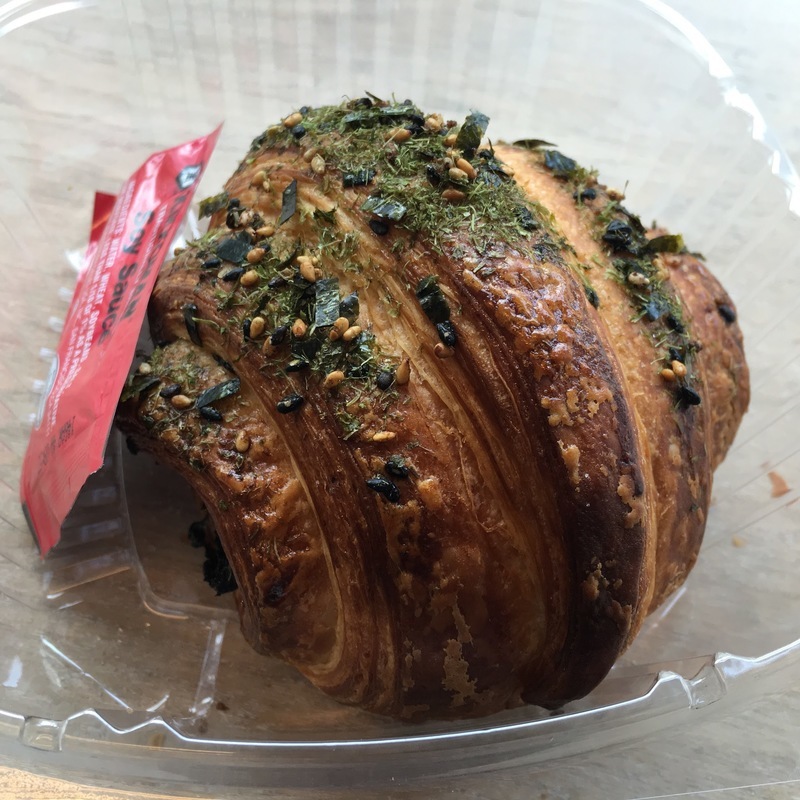