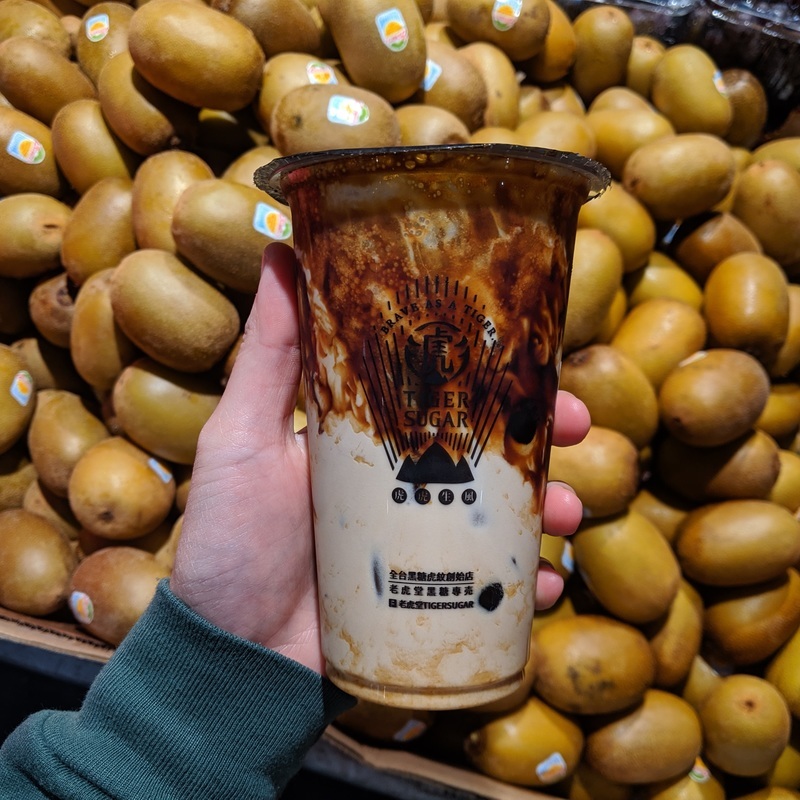 Tiger Sugar Brown sugar boba milk tea with cream mousse: Stopped by the Tiger Sugar stand on Main Street in Flushing on a Friday night and waited in line for about 15 minutes to get a cup of the famed brown sugar boba milk tea with cream mousse. The Flushing location is the first in the US from Taiwanese chain Tiger Sugar; there is an additional spot now in Sunset Park, and the latest will be opening in Chinatown this Saturday, so all major Chinese neighborhood across Manhattan, Brooklyn, and Queens are covered. I actually didn't know too much a... (read more) 3.5/5.0 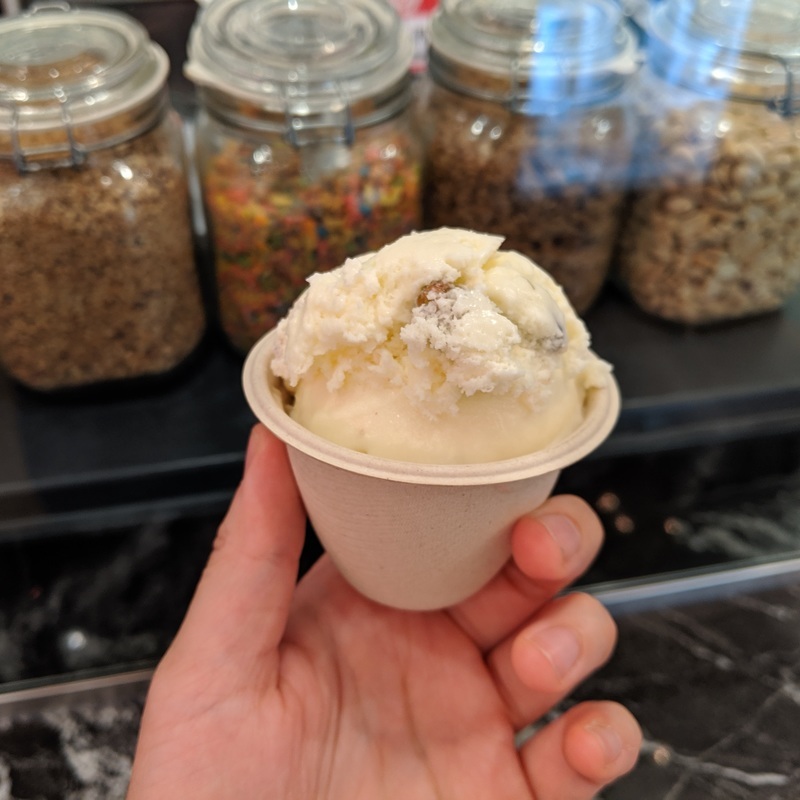 New City Microcreamery Fennel and pistachio ice cream: At a little over $4, this kiddie scoop from Cambridge ice cream shop New City Microcreamery was fairly micro-sized, but large enough to get a good sense of the quality. The ice cream, made with liquid nitrogen, has a smooth consistency. I was hoping for more aniseed licorice flavor from the fennel, but it mostly tasted like a solid milk base with bits of pistachio, though there was a little something extra to the aftertaste that told you it wasn't just straight-up vanilla. Would come agai... (read more) 3.5/5.0 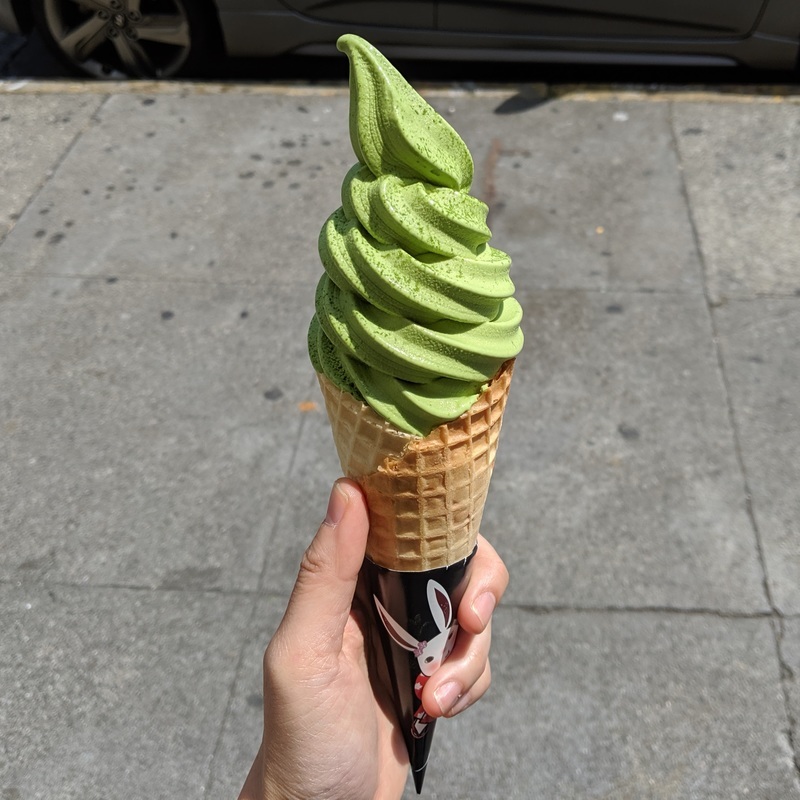 Amausaan uji Matcha Matcha Ice Cream: Green-tea-flavored soft serve from Japanese sweets stand Amausaan uji Matcha in the Richmond district of SF (they also have a location in Berkeley). At $5, this large portion comes in a waffle cone and is topped with matcha powder. Most of the bitter matcha flavor comes from the powder, but the ice cream is creamy and smooth; the cone is standard in both flavor and texture. I enjoyed it overall, but sampling it at the Berkeley location the next day, I found the ice cream to be too sweet, ... (read more) 3.5/5.0 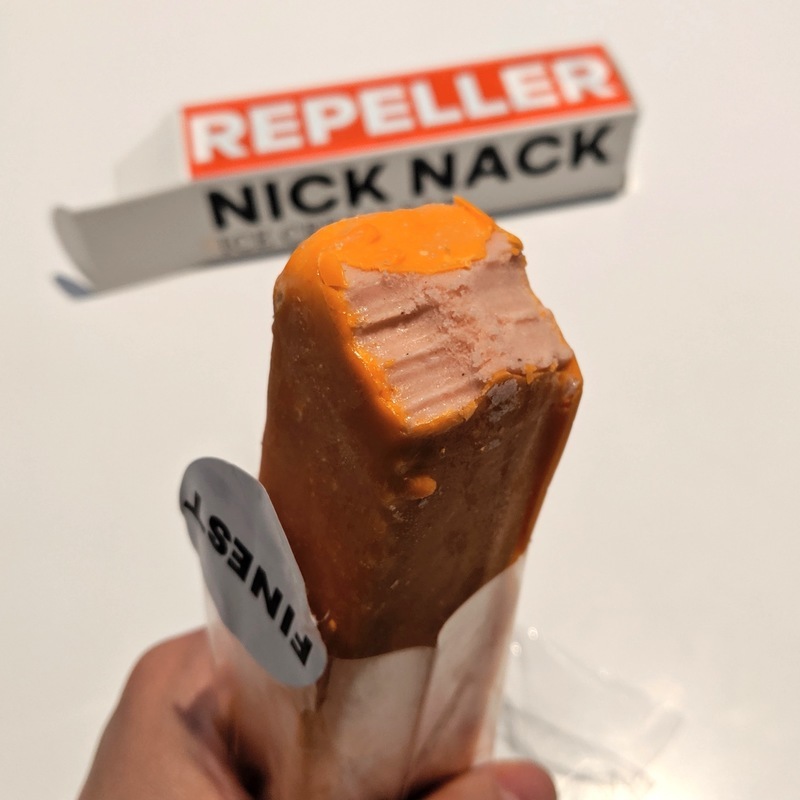 Morgenstern's x Repeller Tomato Gazpachoo Ice Cream Bar: Slightly larger than a stick of butter, this special edition ice cream bar from NYC-based shop Morgenstern's consists of gazpacho flavored ice cream coated in a thin tomato-flavored shell. The shell is softer than your regular chocolate dip because of its high fat content (it's made of cocoa butter and coconut oil), so the coating dissolves on the tongue quickly, exposing the fantastic combination of tomato, cucumber, and lemon that make up the ice cream filling. The dessert on the whole b... (read more) 4.5/5.0