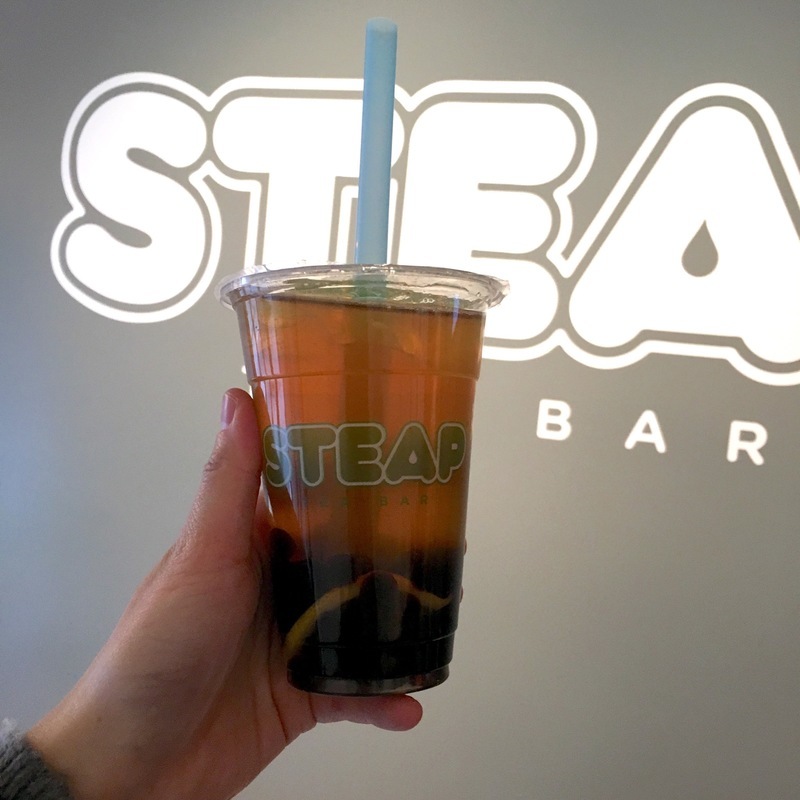 Steap Lychee Love Tea: I’ve been searching for a quality bubble tea shop in Chinatown, San Francisco and tried this modern bubble tea spot on my most recent visit. Steap prides themselves on highly customizable fruit and herbal teas. The lychee love drink is a jasmine and green tea mix containing lychee jelly (I also ordered boba as an add-in). You could taste the ambition, as the tea was not as sugary as what you might find at a nearby chain, but it taste a bit diluted, and the boba was too soft. The search conti... (read more) 2.5/5.0 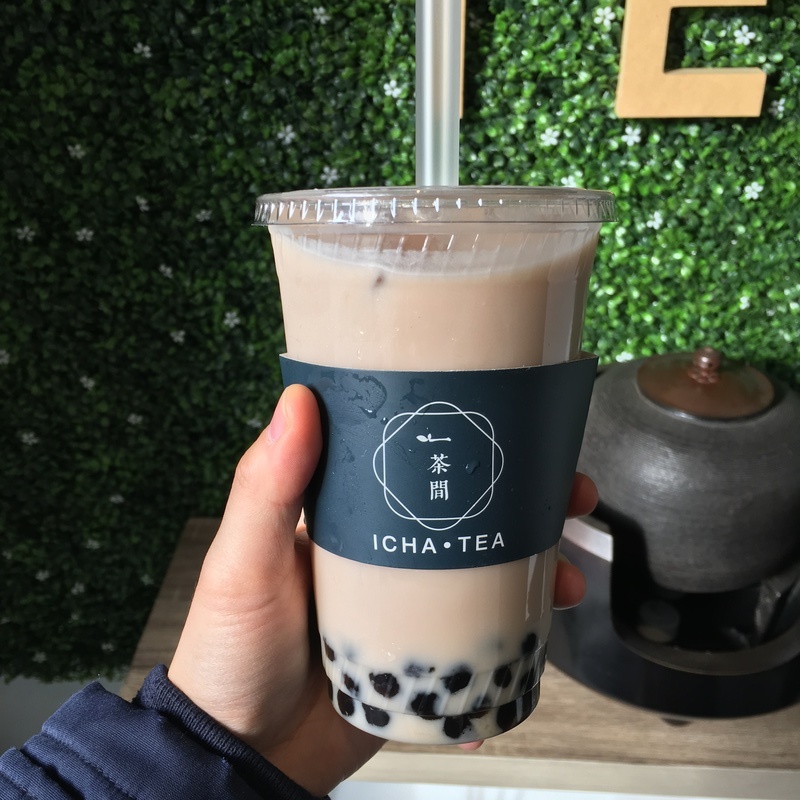 Icha Tea Chrysanthemum pu’er tea with boba: Icha Tea in Toronto bears a strong resemblance to Asha Tea in Berkeley; it brews all its tea in house and has a special tea bar for sampling an assortment of hot teas. It takes it one step further by offering house made pastries like black sesame tofu cheesecake. I didn’t get any desserts this time around but purchased an iced chrysanthemum pu’er milk tea with boba. They brewed the tea in front of me before mixing it with chilled milk, a process which took over five minutes. Somehow, though,... (read more) 2.5/5.0 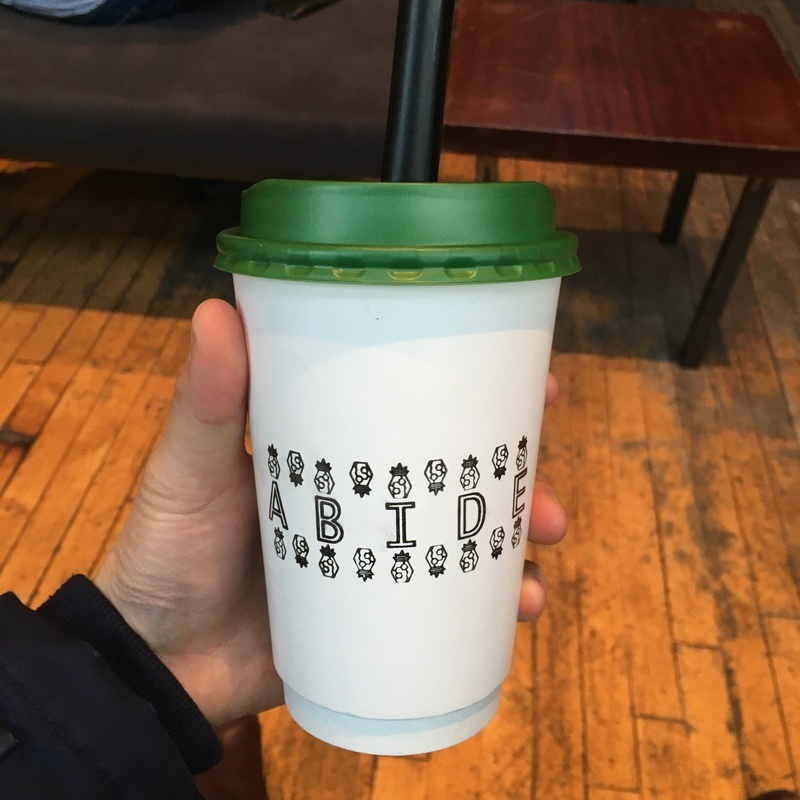 Abide Monarch black sesame and matcha bubble tea with boba: In the 9 years I spent in Cambridge, we never had a dependable bubble tea shop. The short-lived bubble tea shop in Kendall was just ok, but since it was close to lab, I’d sometimes find myself there for quick meetings. Upon returning to Cambridge for mystery hunt, I visited a pop up boba shop at the Middlesex lounge with a diverse menu of tea and fruit drinks incorporating ingredients like peppercorn and cloves and with names like Binary and The Monarch. I ordered the latter, a hot milk tea ... (read more) 3.5/5.0 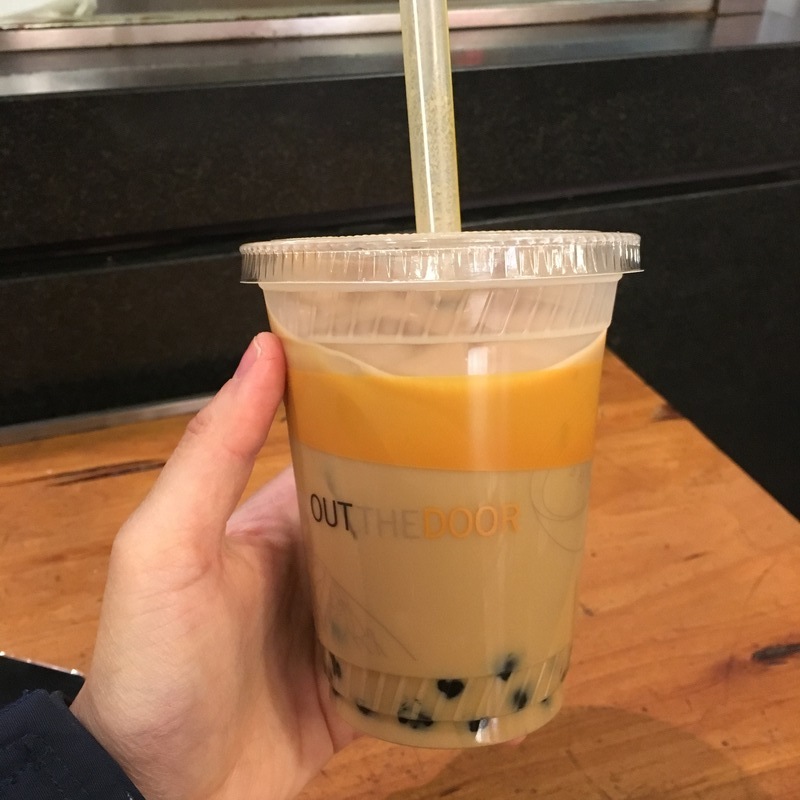 Out the Door Bubble tea: I rarely eat in the Ferry Building in SF, but on this rare occasion, I decided to try a bahn mi at Out The Door. I got a bubble tea to accompany my sandwich and am sad to report that it was terrible. The tea was super sweet, and the boba somehow managed to be both hard on the inside and mushy outside, a combination I didn’t know was possible. Worst of all, it was expensive because it’s the Ferry Building. The sandwich wasn’t too much better, by the way-they use normal French baguette instead... (read more) 1.5/5.0 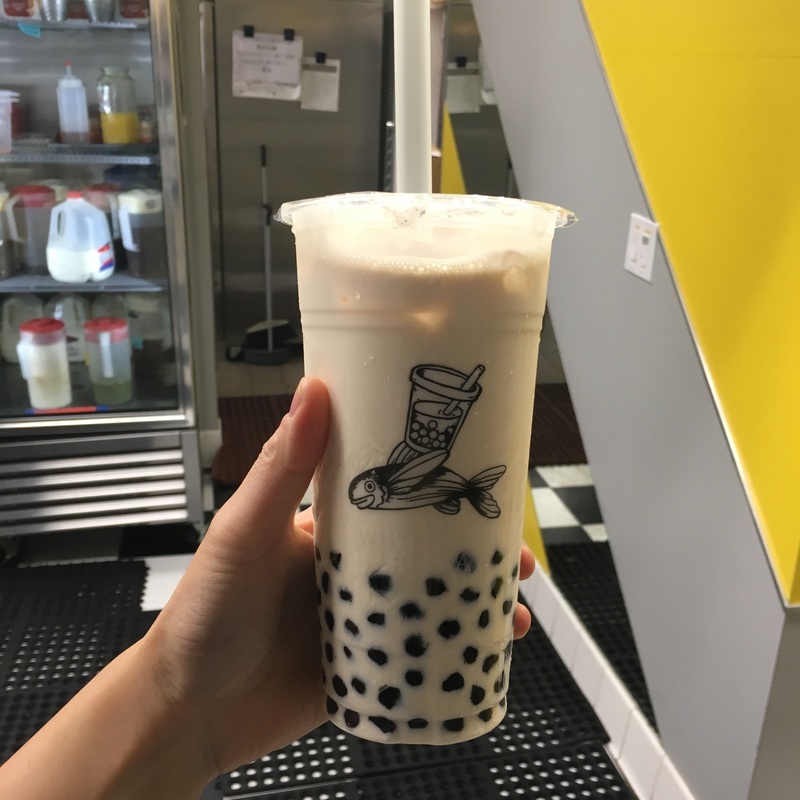 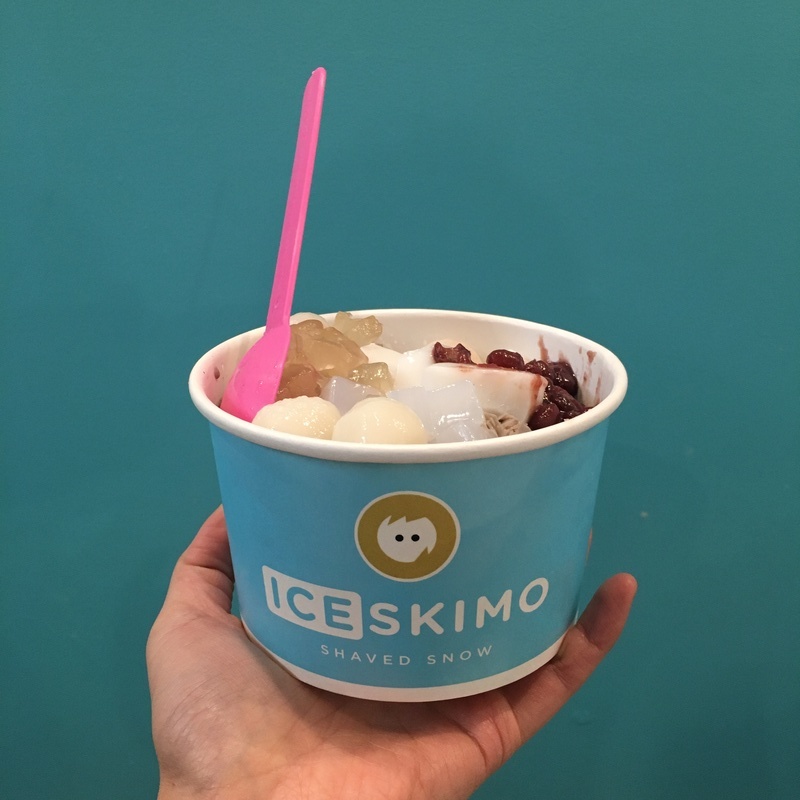 Iceskimo Shaved Snow: Located in La Jolla, Iceskimo is a self-proclaimed "artisan snow shavery" serving shaved ice inspired by those found in Taiwan and Hawaii. The shaved ice is a mix between ice cream and shaved ice - creamier than the shaved ice found on the streets of Taipei, shaved thinly into overlapping ribbons. They have many classic Asian flavors to chose from, from black sesame to matcha to Thai tea. I tried both the black sesame (pictured) as well as the Thai tea and found the Thai tea to be the mos... (read more) 3.5/5.0