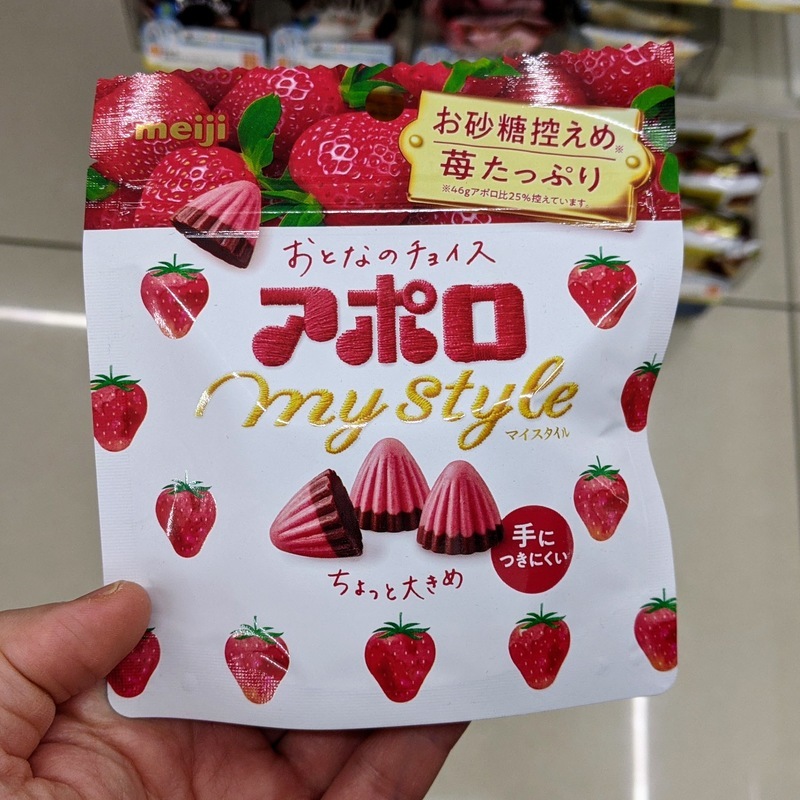 Meiji My Style Apollo Strawberry Chocolate: These are fun conical chocolate strawberry snacks that I discovered, through my research, are meant to resemble Mount Fuji, which makes them extra Japanese. About 3/4 of the cone is a pink strawberry chocolate, and the last quarter is a milk chocolate base. The chocolate has a satisfying snap, and the strawberry is also nicely tart, though overall it's definitely on the sweet side. I can see how if I grew up eating them, they could easily have become a nostalgic favorite. 3.5/5.0