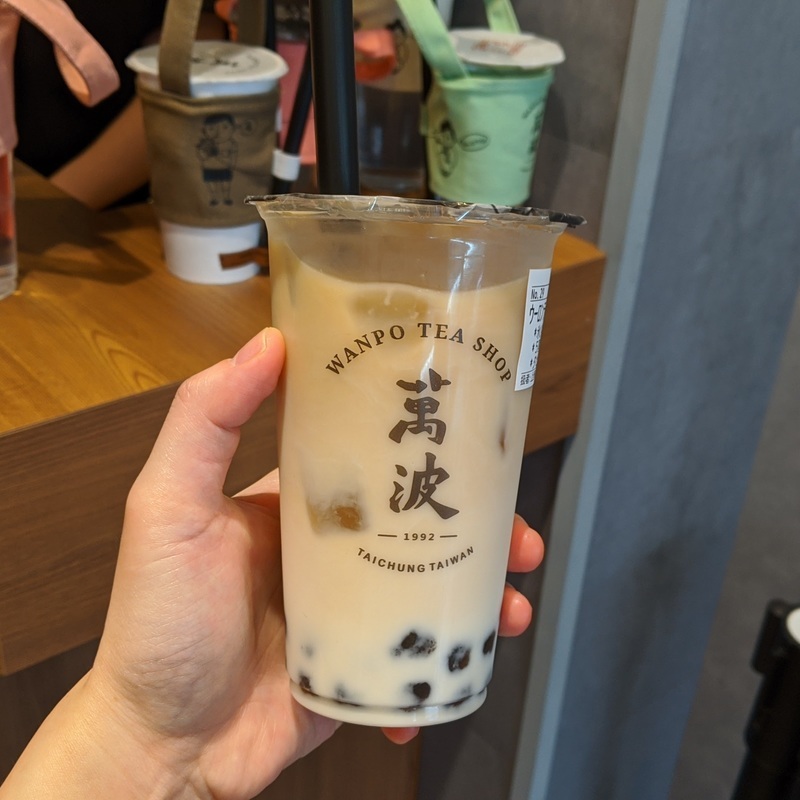 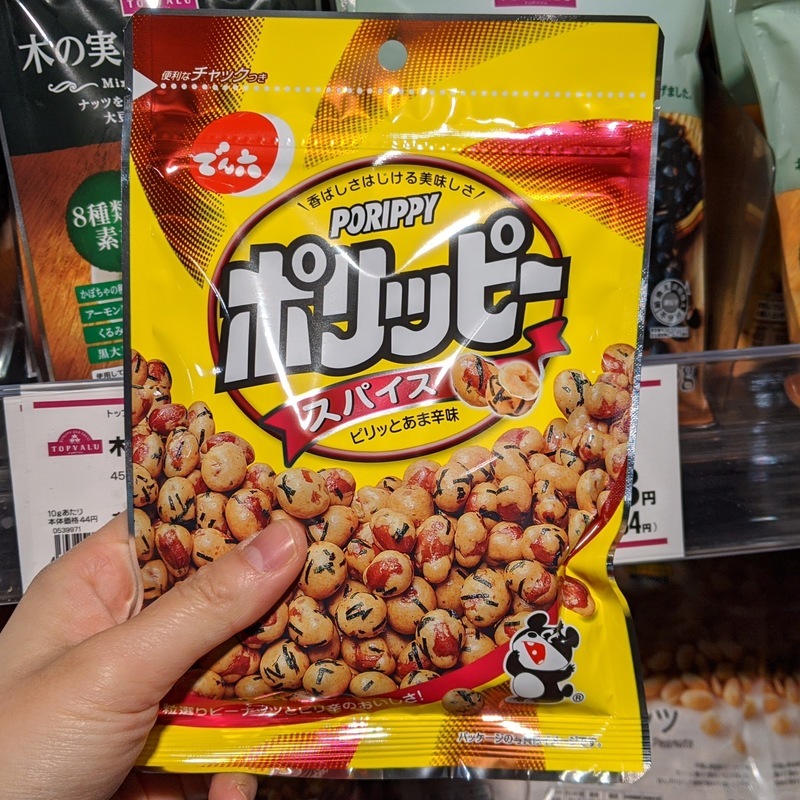 Denroku Porippy Spicy Peanut Snack: I found these peanut snacks in what seemed to be the bar snack section, with a variety of nuts and dried seafood. I've had versions of this snack before in rice cracker mixes; it consists of a crispy rice cracker coating surrounding a single roasted peanut. It has a very unique sweet and savory quality, with a mix of seasonings and flavorings including honey and nori. Very tasty and affordable! Would definitely buy again. 4.0/5.0