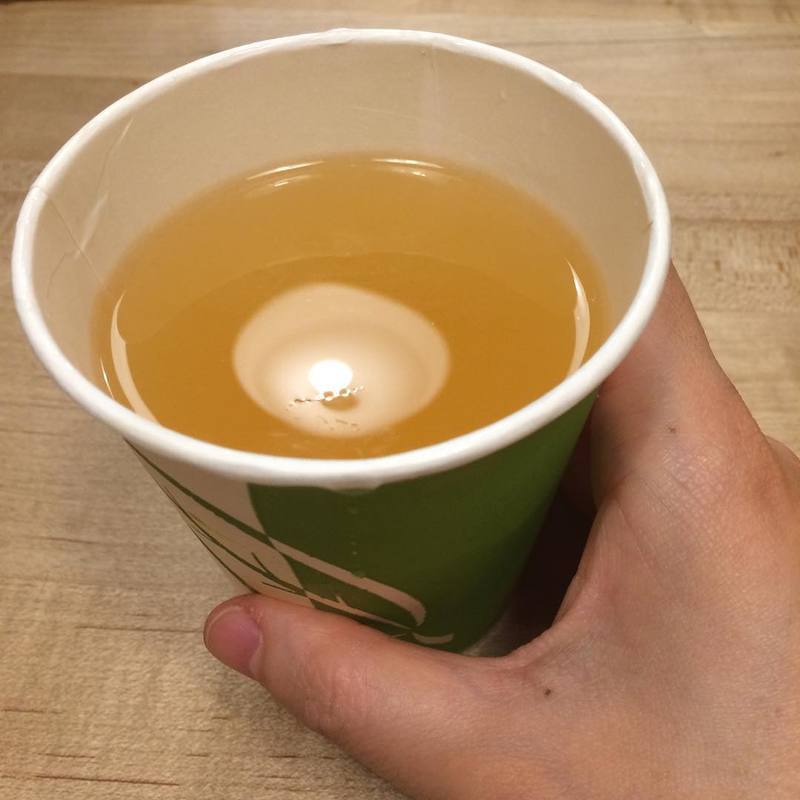 Corner of Vermont lemonade with maple syrup: Corner of Vermont is a small shop in Brooklyn selling Vermont maple syrup and other specialty items as well as maple-syrup enhanced dishes including hot dogs and ice cream. I ordered their lemonade with maple syrup and found it to be a perfectly balanced drink. The acidity level was very nicely paired with a mild sweetness from the maple syrup, which, despite my concerns, did not overwhelm. Served cold, it is an entirely satisfying summer drink. 4.5/5.0