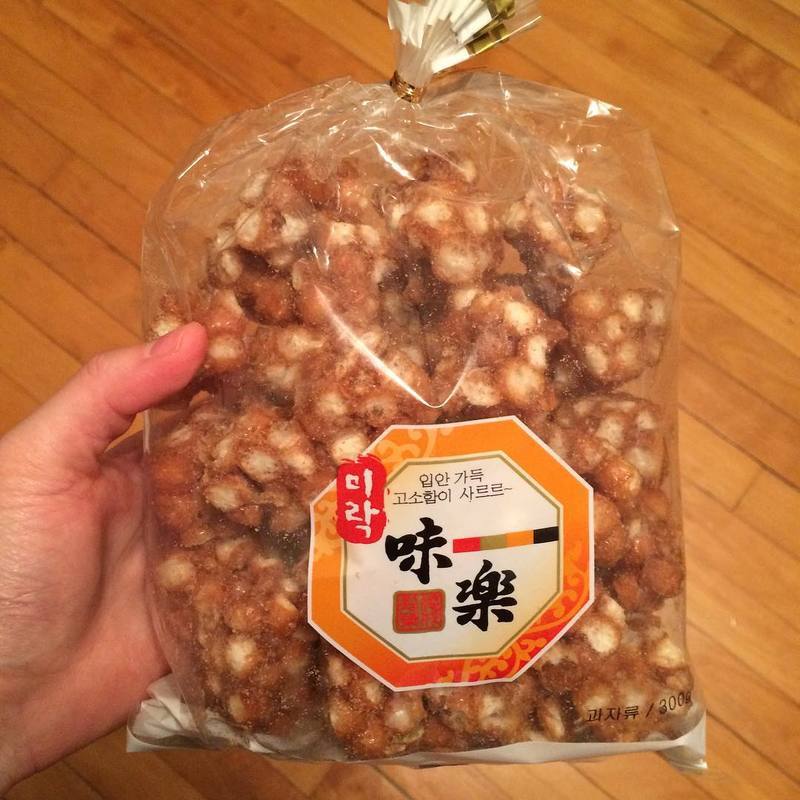 Korean wheat flour crackers: When I saw this bag on the shelf, it reminded me sachima, a Chinese pastry composed of soft fried flour, butter, and sugar (and often raisins). I purchased this bag to see what the Korean version would taste like. Despite the nutrition facts, which state that this contains 0g of sugar, the snack is very sweet. (Also, sugar is one of only four listed ingredients). The crackers are dense and quite hard to bite into, a factor that could be an issue for anyone with dental problems. Some pieces also have what seem to be pumpkin seeds (though they aren't listed on the ingredients). I would describe the snack as a cross between a crunchy funnel cake (minus the powdered sugar) and rock candy. Pretty addicting once you get past the very solid, thick texture. 3.0/5.0