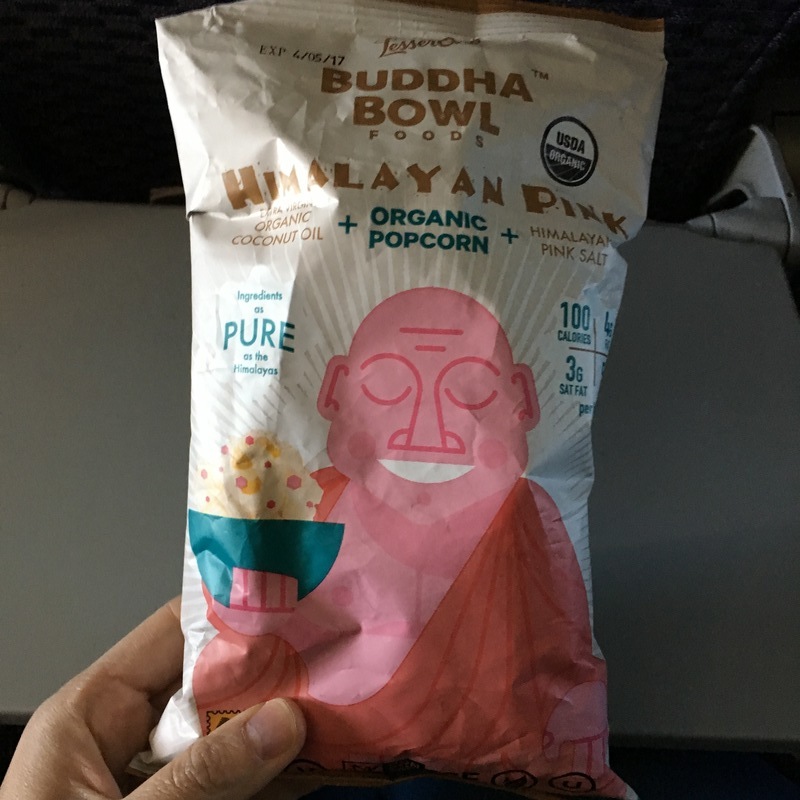 Lesser Evil Buddha Bowl Himalayan Pink organic popcorn: This sizable bag of popcorn is probably the largest volume 100-calorie snack I've had. The popcorn is popped in coconut oil, giving it a distinctly creamy flavor (but don't worry, it's not dessert-like). Seasoning is just right. It wasn't worth the $4 I paid on my flight, but I was hungry and am glad that I got it – ultimately, it sustained me through the last 4 hours of my flight. A high quality product. 3.5/5.0