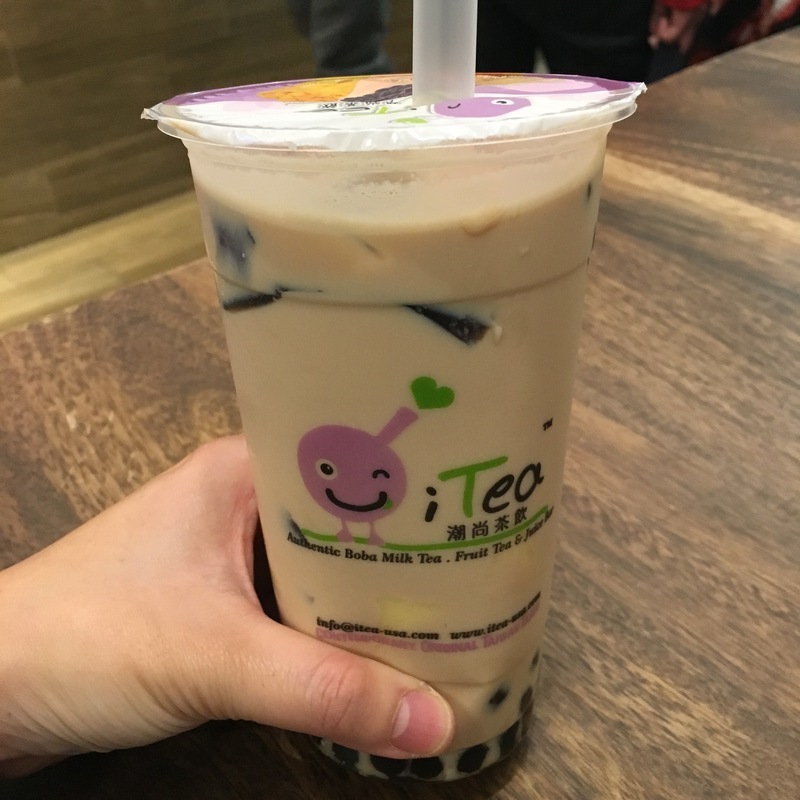 I-Tea 3G milk tea with boba, grass jelly, and pudding: I made a dangerous discovery that my new favorite bubble tea shop has a location in San Francisco, much closer to work than the Downtown Oakland spot. I ordered their third most popular drink, the 3G, named because of its three toppings: boba, grass jelly, and pudding. It comes with classic milk tea, and, by default, is served in a "chubby" container that's short and squat. I opted for the more portable standard cup (all drinks come in a single size). The black milk tea was done just right - still sweet at 20% sweetness (I'll probably opt for 0% next time), but with a satisfying tea flavor. But the best part were the grass jelly and pudding, which had an impressively slippery texture that yields easily thorough the straw. They were by far the best toppings I've ever had from a bubble tea shop (including Boba Guys and Asha Tea) and I would actually prefer it on its own to many restaurant desserts I've had in my life. Will be back soon to try more. 4.5/5.0