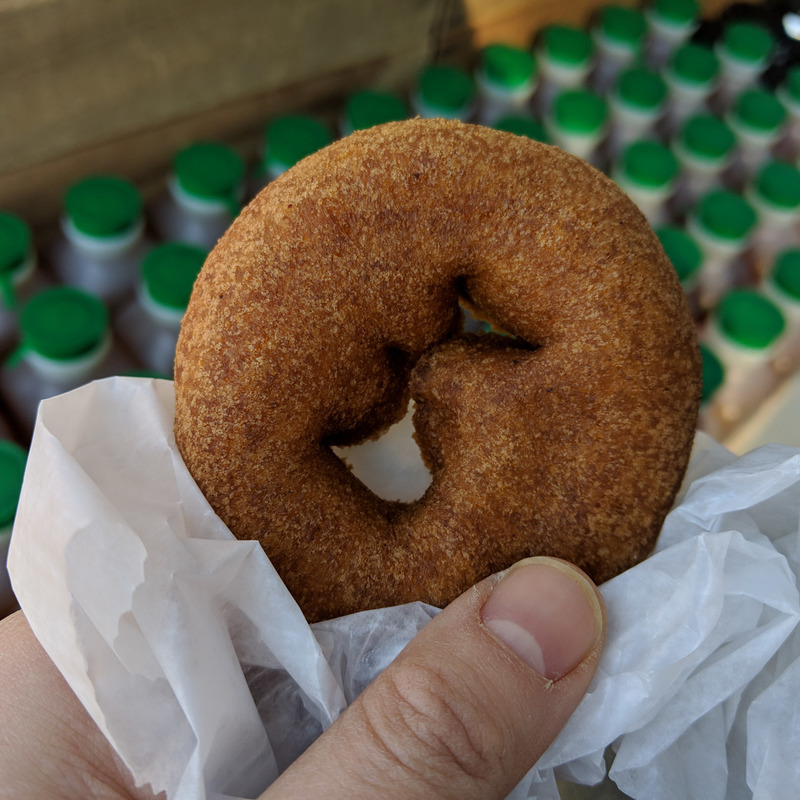 Wilklow Orchards Apple Cider Donuts: I bought some apples from the Green Market over the weekend and came across Wilklow Orchards apple cider donuts. Apple cider donuts are a seasonal dessert popular in the Northeast, especially at apple orchards. I've never actually had them before, so I was excited to try them, and at 60 cents each, they were wallet friendly. The donuts came in two offerings: coated in sugar, and without coating. I purchased the one without sugar, which I think was the way to go, as it was sweet enough. It did taste like apple cider, but also had a distinct tart flavor that prevented it from being one-dimensional. I liked it enough that I went back and purchased the sugared donuts just to compare, which confirmed my intuition that the sugar would be unnecessary. The only downside to the donut is that its texture was inconsistent - some bites were moist, while others were crumbly and dry. Still, at 60 cents each, it's a good reminder of the insane markup of specialty donuts. A small, sweet treat to take with you if you're visiting the Green Market. 3.5/5.0