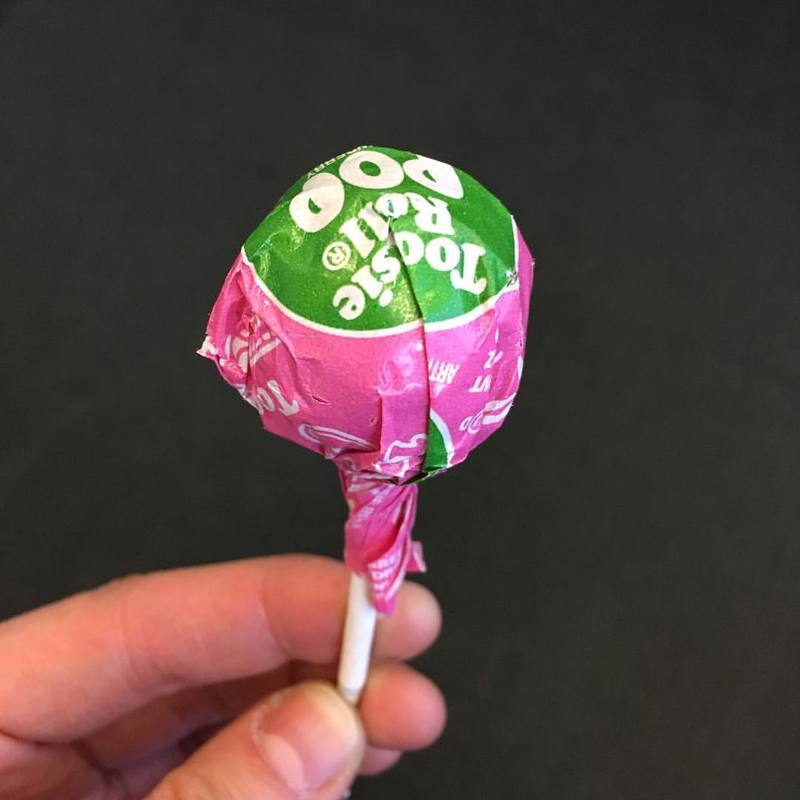 Tootsie Roll Watermelon Tootsie Roll Pop: In a bowl of free Tootsie Roll Pops at CopyTech at MIT, I came across this watermelon lollipop, a flavor I hadn't previously encountered. According to Wikipedia, it was introduced in 2004. I wouldn't be surprised if I haven't had a Tootsie Roll Pop in about a decade, but I do have a "soft" spot for Tootsie Rolls generally. Unsurprisingly, the watermelon flavor tastes nothing like the real fruit, yet is not wildly artificial in the way Jolly Ranchers or other hard candies might be. That said, the watermelon and chocolate combination leaves much to be desired. There is a reason this is not a common pairing. Separately, though, the candies were not bad as far as this category goes. 2.5/5.0