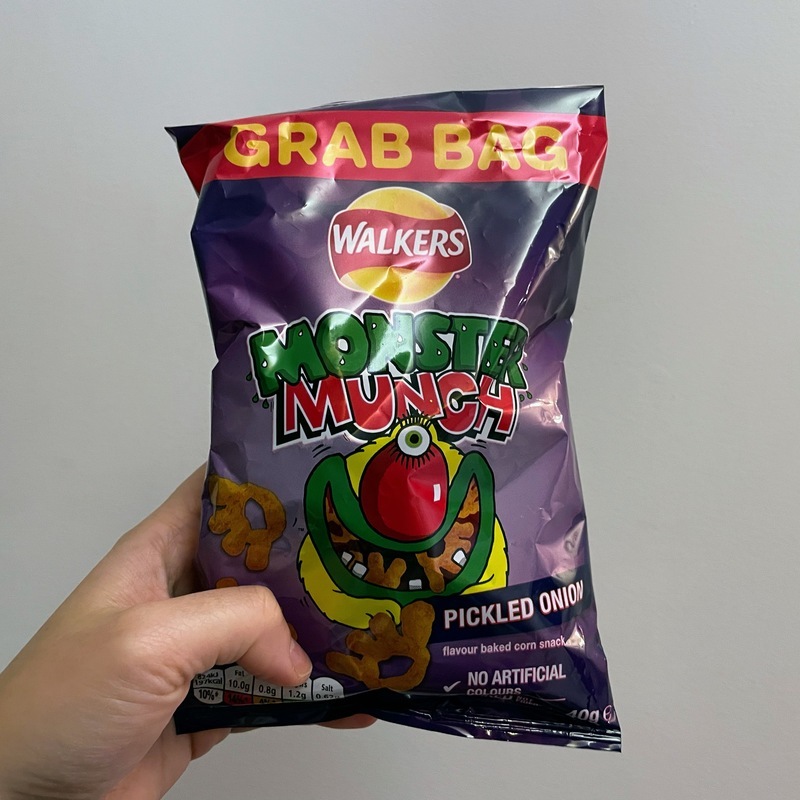 Walkers Monster Munch: I saw a Snack Masters episode where British chefs tried to replicate the texture and flavor of the pickled onion Monster Munch snack, a baked corn snack shaped as monster paws with a punchy seasoned coating. You can get these at any convenience store in London. The texture is slightly denser than puffed Cheetos but has a similar effect - you get less in a bag than you might expect given the volume of each piece. The pickled onion coating was quite unique - not like any flavor I’ve ever had in a snack and more acidic than I expected. I think fans of salt and vinegar chips that prefer the texture of a puffed snack would especially enjoy them. I would say, though, that the flavor is a bit overwhelming after a couple pieces. 3.0/5.0