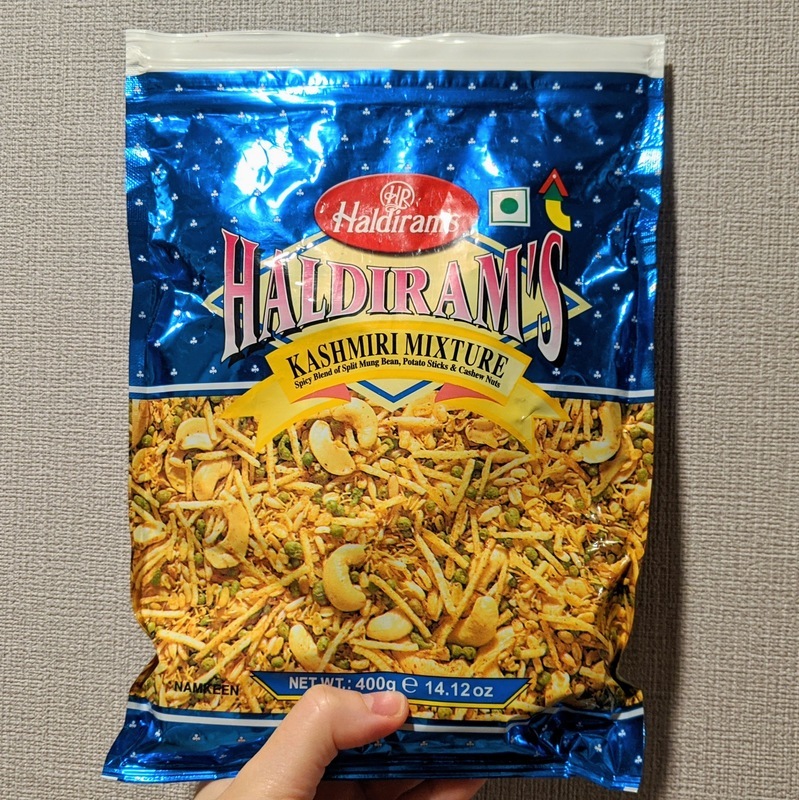 Haldiram's Kashmiri Mixture: I had Haldiram's a bunch of times growing up on playdates and have fond memories of eating Lachha potato sticks, mini match-stick like potato straws, deep fried and seasoned with a robust blend of spices. This was my first time having the Kashmiri Mixture, consisting of mung beans, potato sticks, and cashew nuts, though there are a few other types of textures, including small crunchy "noodles" (they remind me of miniature ramen noodle snacks) along with fried pieces resembling halved rice crispies in size and texture. Because the mix has so many small pieces, I find it easiest to eat from a bowl with a spoon, rather than with my hands straight out of the bag. The spice blend, consisting of cinnamon, cumin, cardamom, chili, and ginger powder builds up in heat level quickly. Overall, I personally prefer the potato stick snacks as I found the spice level to be high enough for me not to eat more than a few spoonful at a time, and the bag is large enough that it's taken me over a month to get through. Definitely for big fans of spicy cumin-flavored snacks, and for sharing with a group. 3.0/5.0