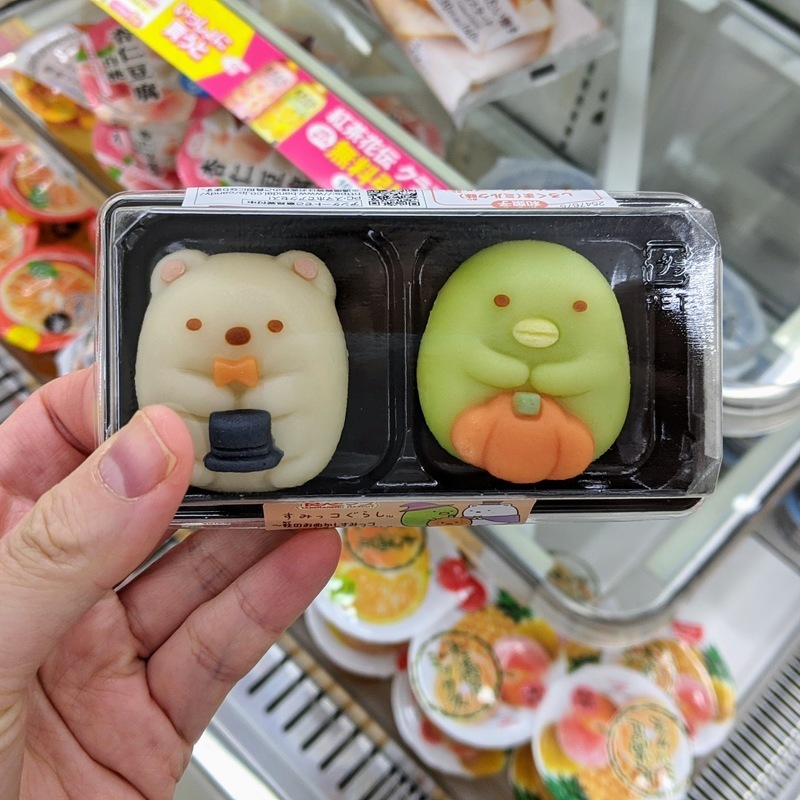 Bandai Sumikkogurashi Taberareru Mascot: I stumbled upon these extraordinarily cute treats at my local Family Mart convenience store and couldn't resist getting this special Halloween offering. It came in the refrigerated aisle and features Sanrio characters from a series I'm unfamiliar with called Sumikkogurashi. Each character has a bean paste filling (according to the website, these two characters were milk and maple flavored) and the exterior is a slightly firmer but also generally soft marzipan-like coating. I've had this type of dessert before, which I generally classify as "wagashi" treats (I think the closest official name for this particular type is nerikiri). In previous nerikiri I've had, you can taste the bean flavor, but this convenience store snack mostly tastes of pure sugar. Very very cute pure sugar. (Also, who knew that Bandai, which I had known for making toys and video games, also makes snacks?!) 3.0/5.0