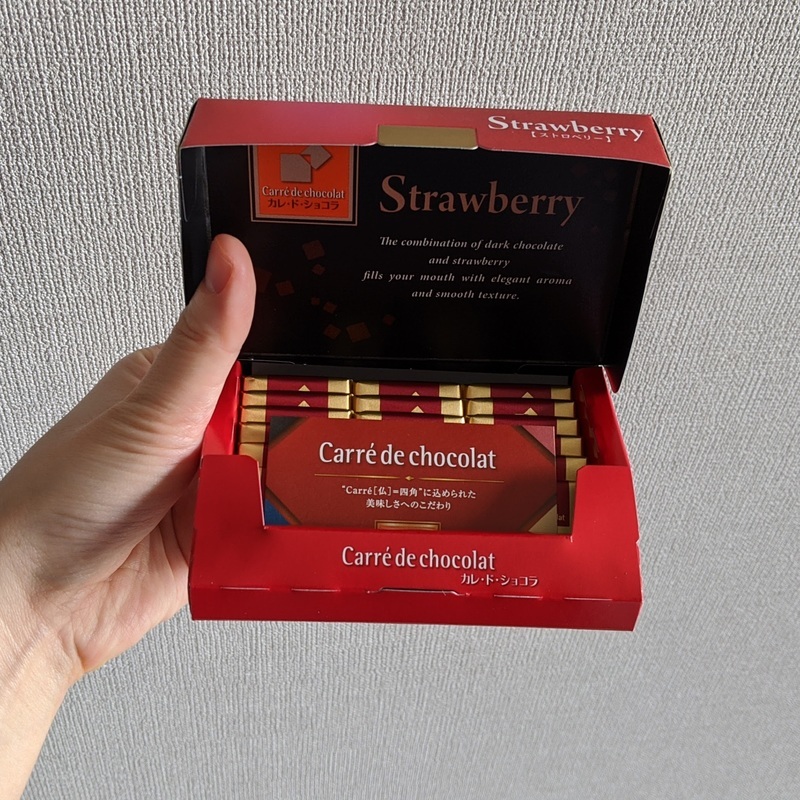 Morinaga Carre de Chocolat Strawberry Dark Chocolates: One of the delightful things about chocolates in Japan, even inexpensive options available from convenience stores, is they often have clever packaging, the type that make you want to display them and share them with other people. This box of 18 chocolates, costing about $3 USD, contains gold-foil-wrapped dark chocolate squares sized similarly to banquet-style individual servings of butter, the top half tasting of tart and sweet strawberry and the bottom half dark chocolate. The base of th... (read more) 3.5/5.0 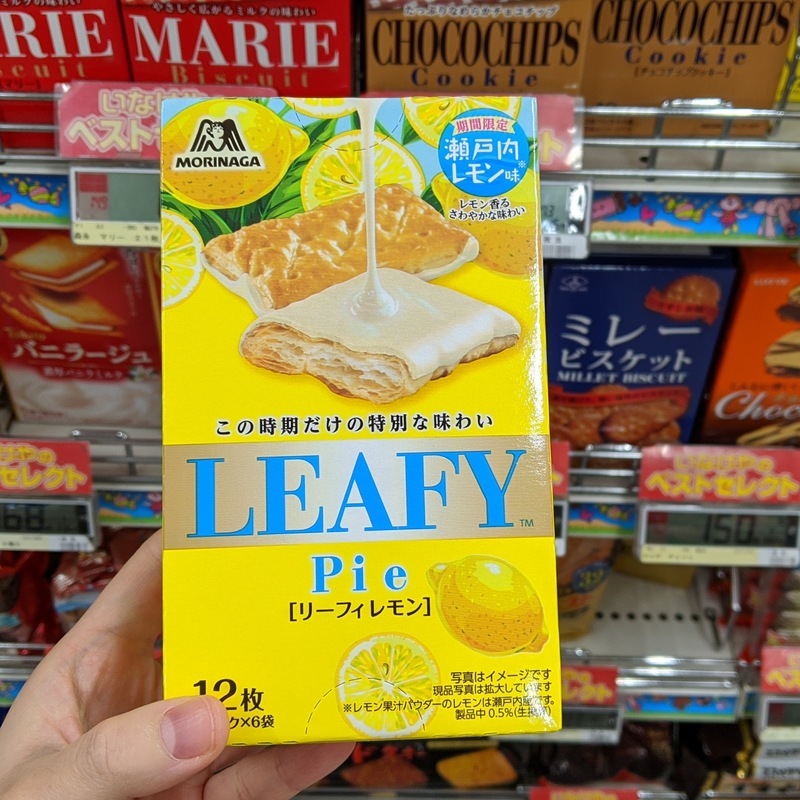