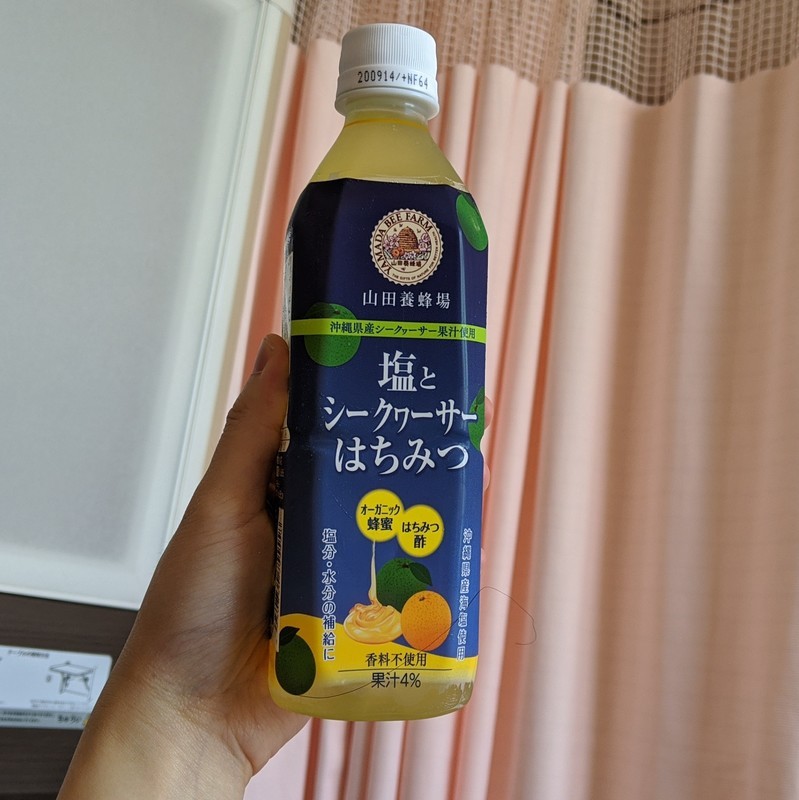 Yamada Bee Factory 塩とシークヮーサーはちみつ: A second beverage I had from the hospital vending machine is this salted citrus beverage with organic honey. Its color, an electric yellow-green, makes me naturally think of lemon Gatorade, which it has a similar flavor to except the sweetness has a little more depth, and the consistency is a slightly thicker on the tongue. A decent sweet beverage good for the impending summer heat. 3.5/5.0