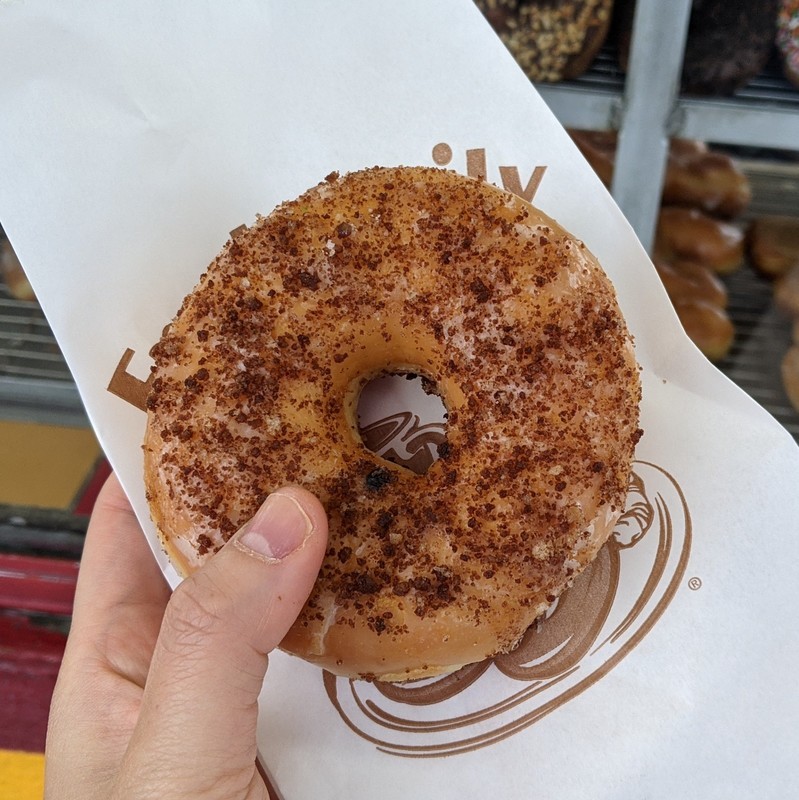 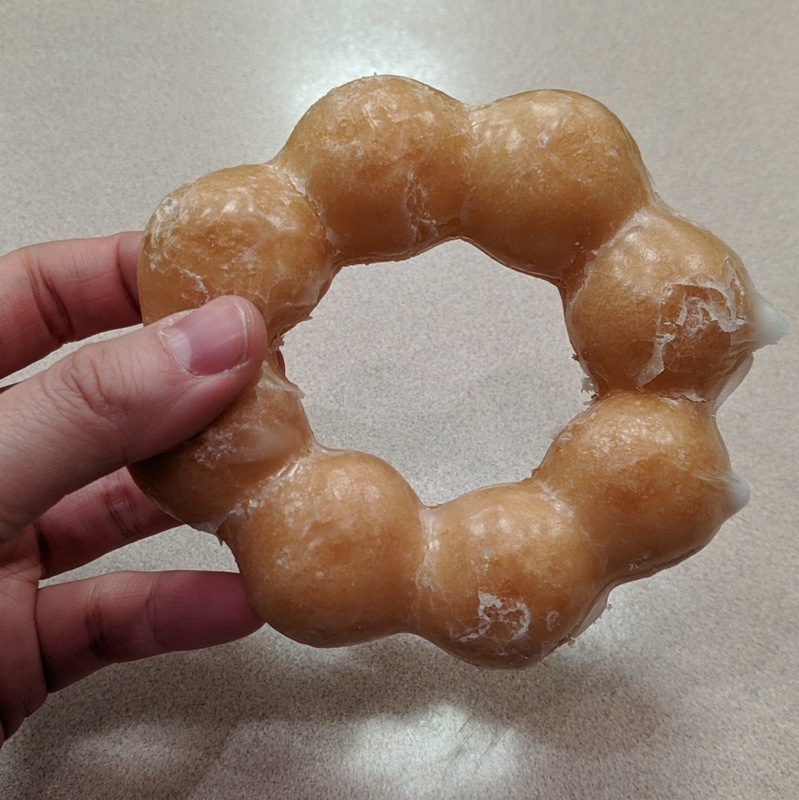 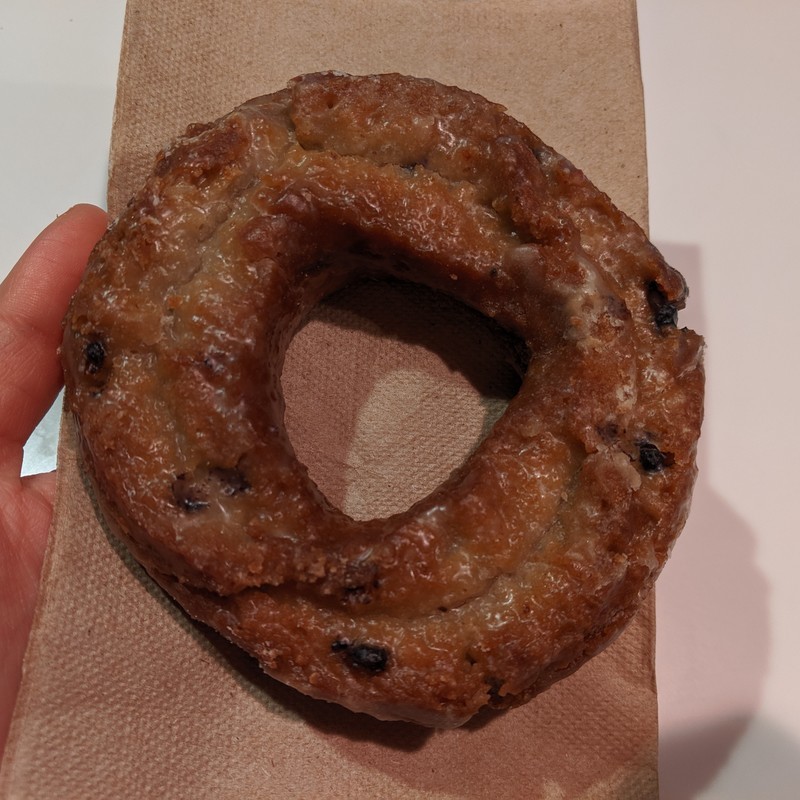 Peter Pan Bakery Blueberry glazed donut: One of my co-workers graciously brought a selection of donuts from Peter Pan in Greenpoint, Brooklyn, a local favorite I've always wanted to try. This glazed blueberry cake donut was as good as any cake donut I've had, which is to say ok but not really a style I'd choose on my own. It has a crumbly, slightly dry texture; the sugar glaze was extremely sweet; the blueberries, though, felt generous and were slightly tart. 3.0/5.0