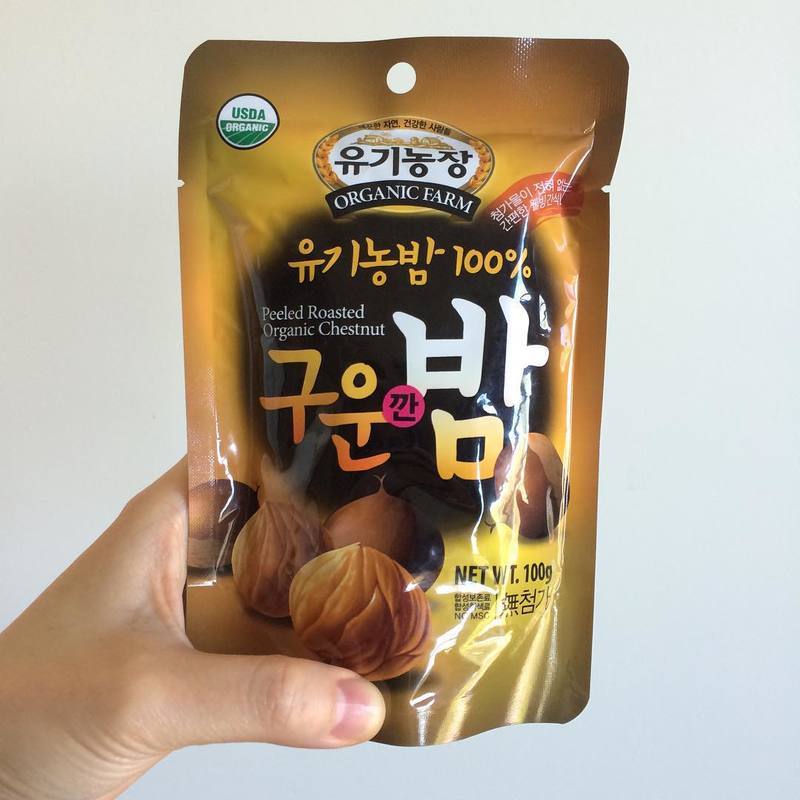 Organic Farm roasted chestnuts: I purchased two packs of roasted chestnuts from Hmart during a 2 for $3 sale. The last bag [https://instagram.com/p/7DXauqFIe7/] was unfavorably reviewed, mostly due to its slimy texture. This snacks veers in the opposite direction, with chestnuts that are on the dry side. Eaten with water, though, the chestnuts have superior flavor than the Haioreum bag, with a deeper, earthier flavor. Both bags list a single serving, but I found the bags really served at least 2. 2.5/5.0 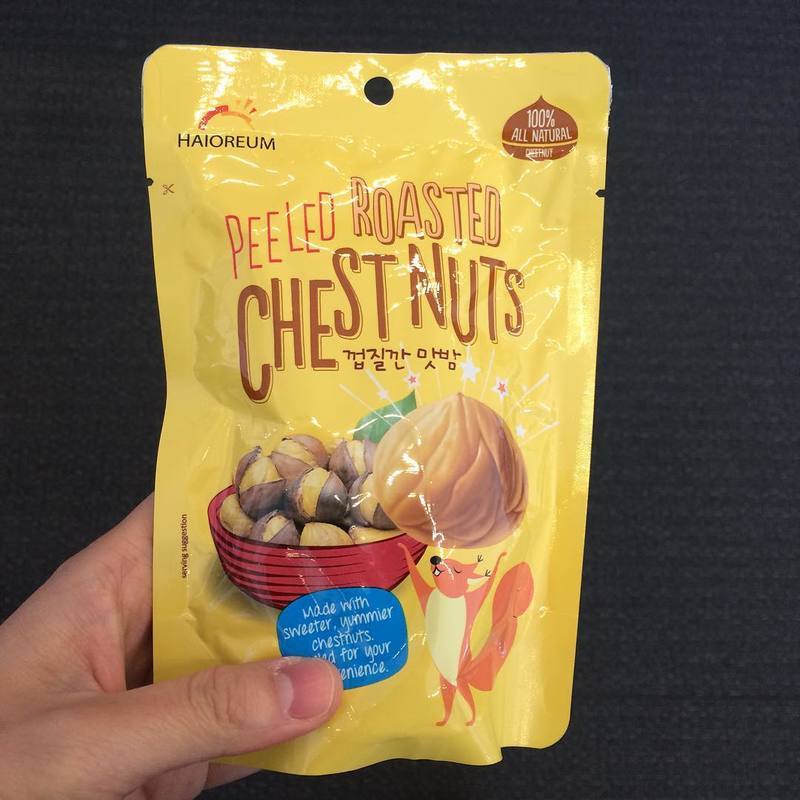 Haioreum roasted chestnuts:: I love chestnuts, but apparently not in this form. The way they're preserved gives each chestnut an unpleasantly wet and slimy exterior. The flavor is slightly sweet and nutty but also strangely earthly, like mushrooms. Each pack contains about two servings worth of snacking. From Hmart. 2.0/5.0