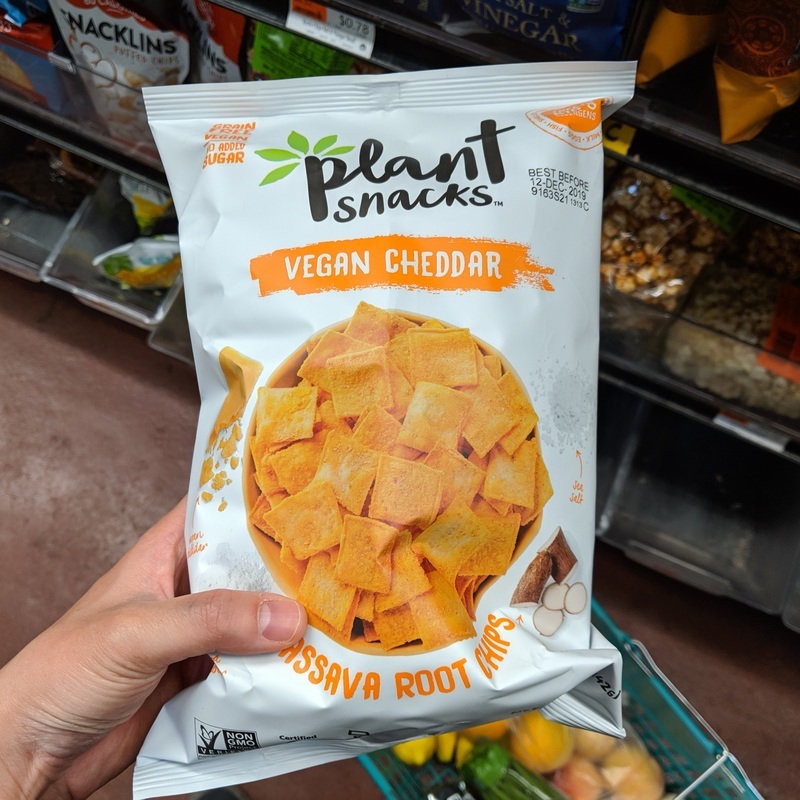 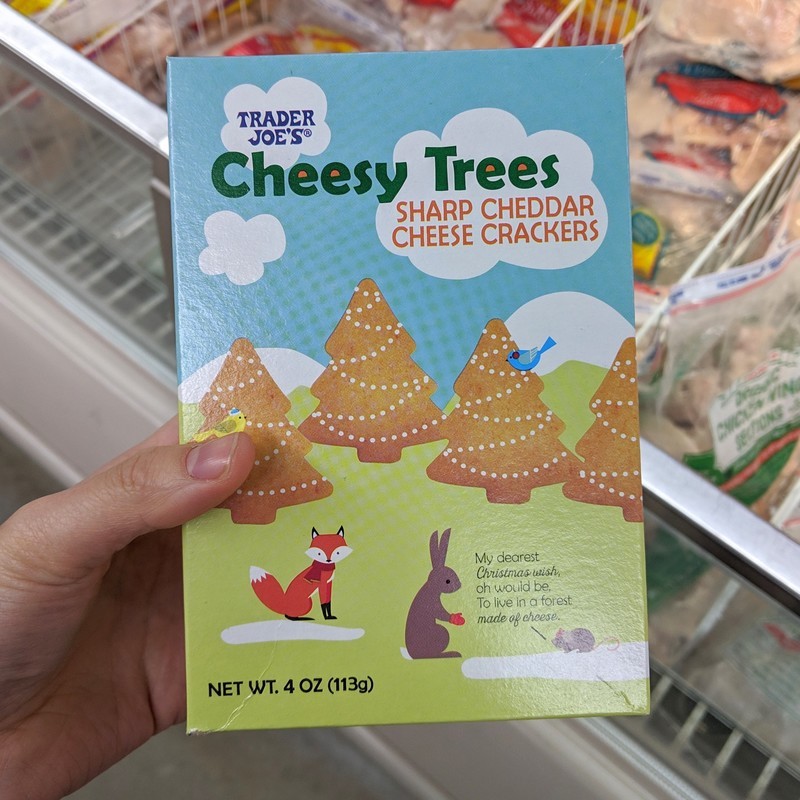 Trader Joe's Cheesy Trees Sharp Cheddar Cheese Crackers: I like some of Trader Joe's other cheese crackers, such as their Cheddar Rockets and their Gorgonzola crackers, so I decided to give these Cheesy Trees a try. They come in a smaller box and contain two individually wrapped trays of crackers stacked one of top of one another. The crackers have a crumbly texture and have this kind of greasy cheese taste to them, kind of like melted low-quality cheddar cheese you put in the microwave to eat over tortilla chips. I really don't like them becau... (read more) 2.0/5.0 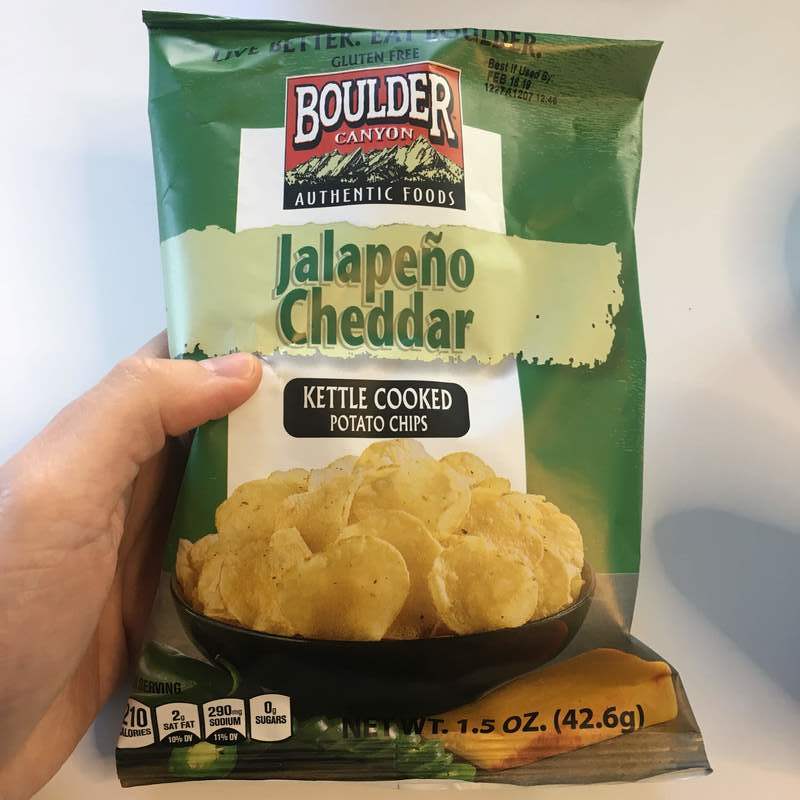 Boulder Canyon Jalapeno Cheddar kettle chips : It's crunchy. It's a little bit spicy. And it's a-ok. Nothing particularly memorable here. 3.0/5.0 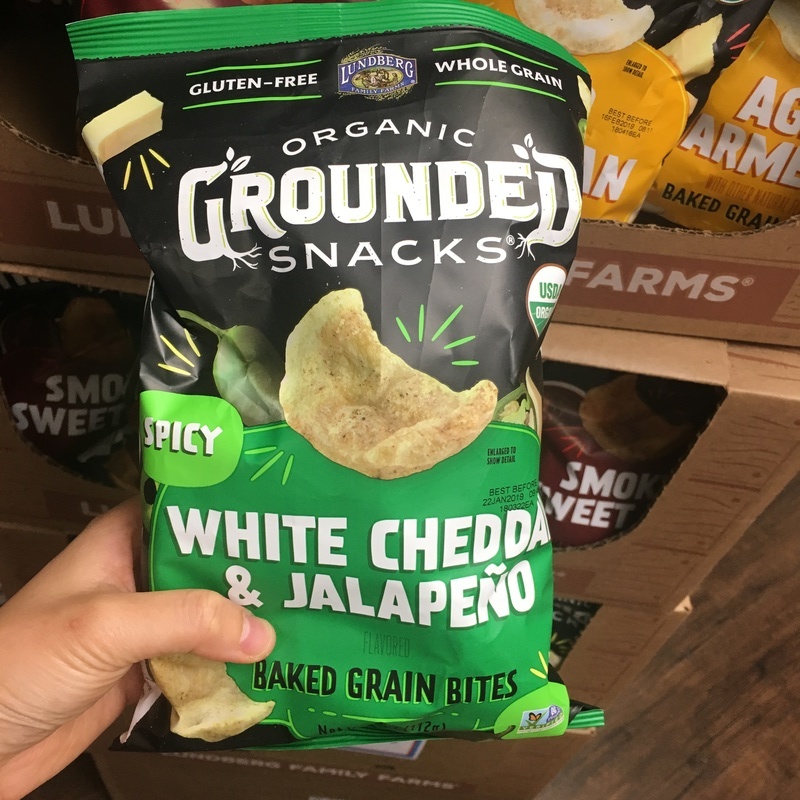