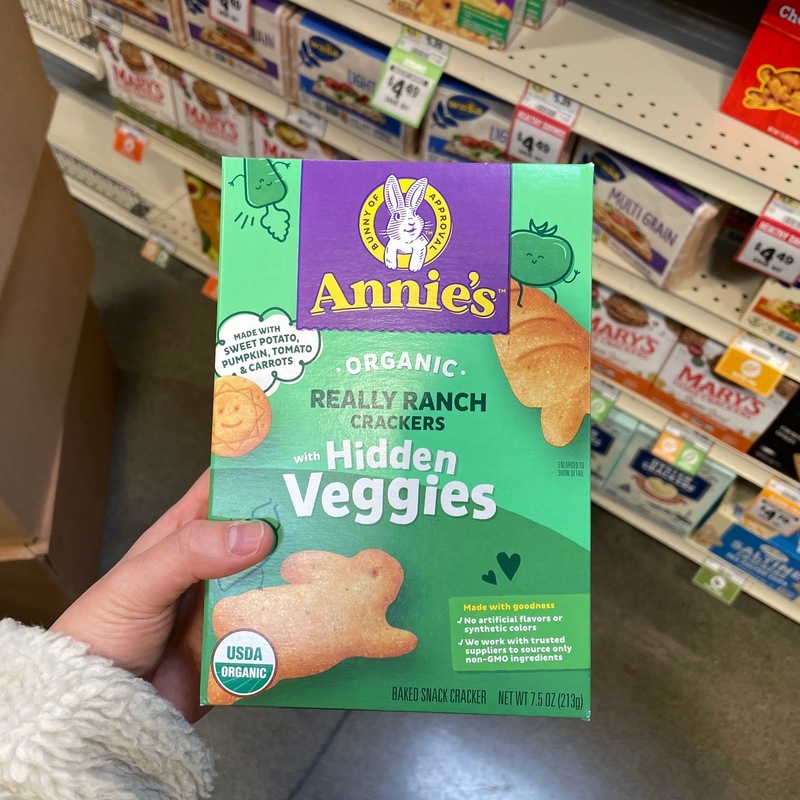 Annie's Really Ranch Crackers with Hidden Veggies: I generally enjoy Annie's crackers and was excited to try this flavor I hadn't seen before. I've had many types of vegetable-based snacks, which seems to have expanded substantially over the past decade (cauliflower, chickpea, beets, etc.), but my flavor baseline for mixed veggie crackers is super basic: Nabisco's Vegetable Things, or veggie cream cheese. I was hoping for more of the latter with Annie's combination of veggies with ranch, and they did not disappoint. The texture of the crack... (read more) 3.5/5.0 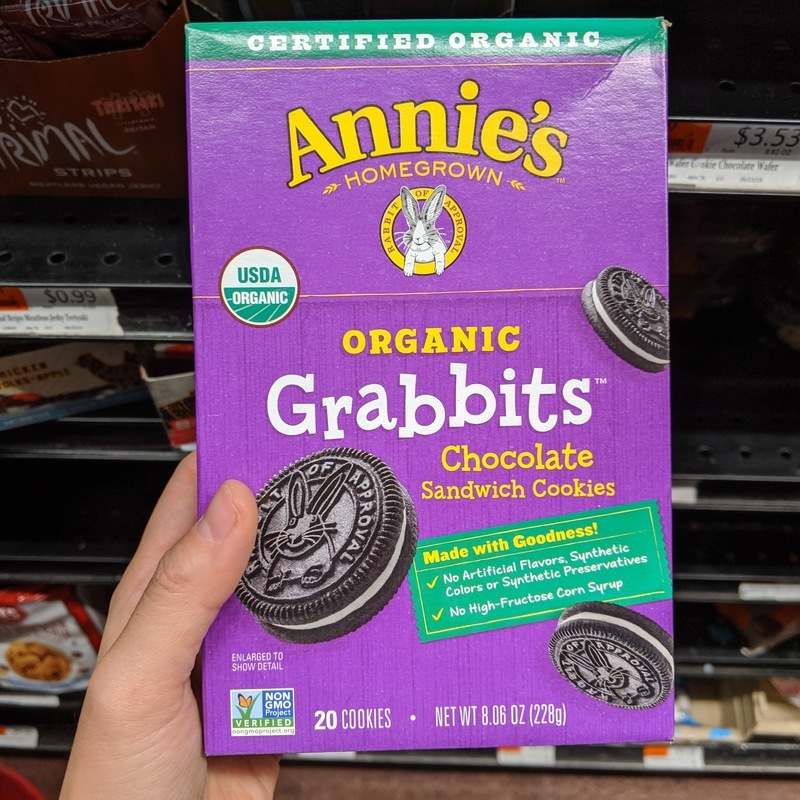 Annie's Organic Grabbits Chocolate Sandwich Cookies: Like many of Annie's products, it's obvious what major-brand staple they're directly posing as an alternative for, but they do it well and with integrity. Clearly these are inspired by Oreos, but meant for parents who care enough to spend a few more dollars on sandwich cookies that contain no artificial flavors, synthetic colors, or high-fructose corn syrup. In the end, they taste slightly better but are much better for you (though at the end of the day, they're still snacks). 3.5/5.0 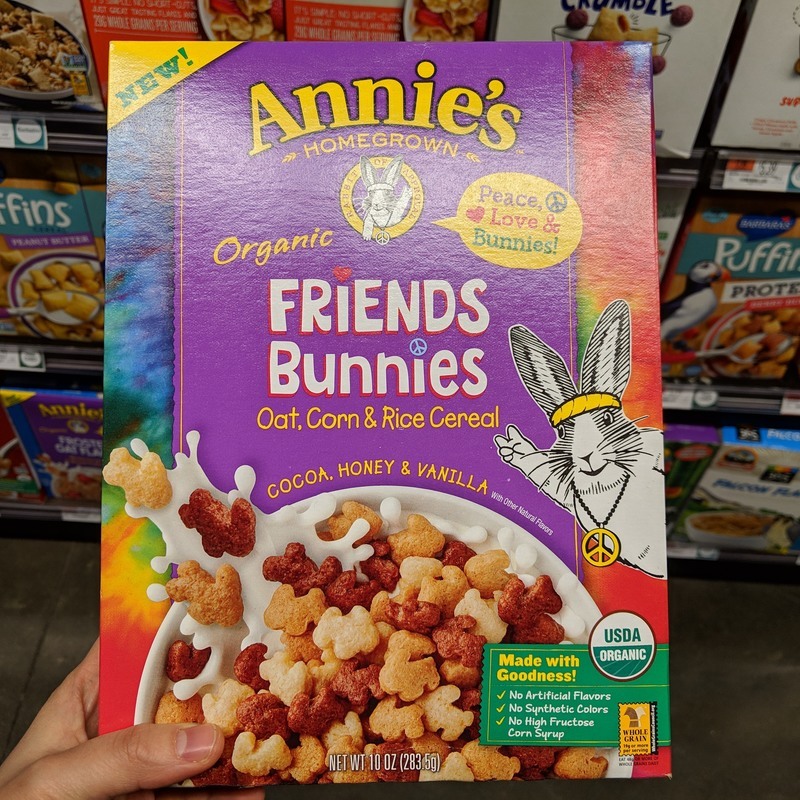 Annie's Organic cocoa, honey, and vanilla friends bunnies: A new cereal from Annie's consisting of bunny-shaped puffed grains. The cocoa, honey, and vanilla flavors are in good balance such that a regular portion size leaves a bowl of milk tasting of mild chocolate milk, less sugary and deep in color than full-on chocolate cereals. An organic take on kids cereal that's still enjoyable as an adult, though it is very sweet (though not using high fructose corn syrup). 3.0/5.0 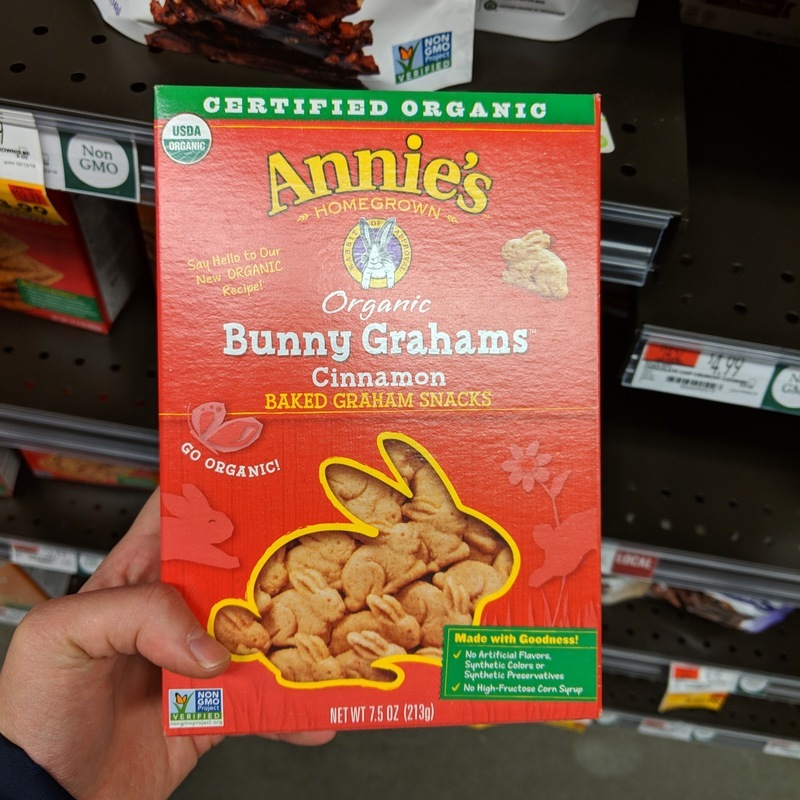 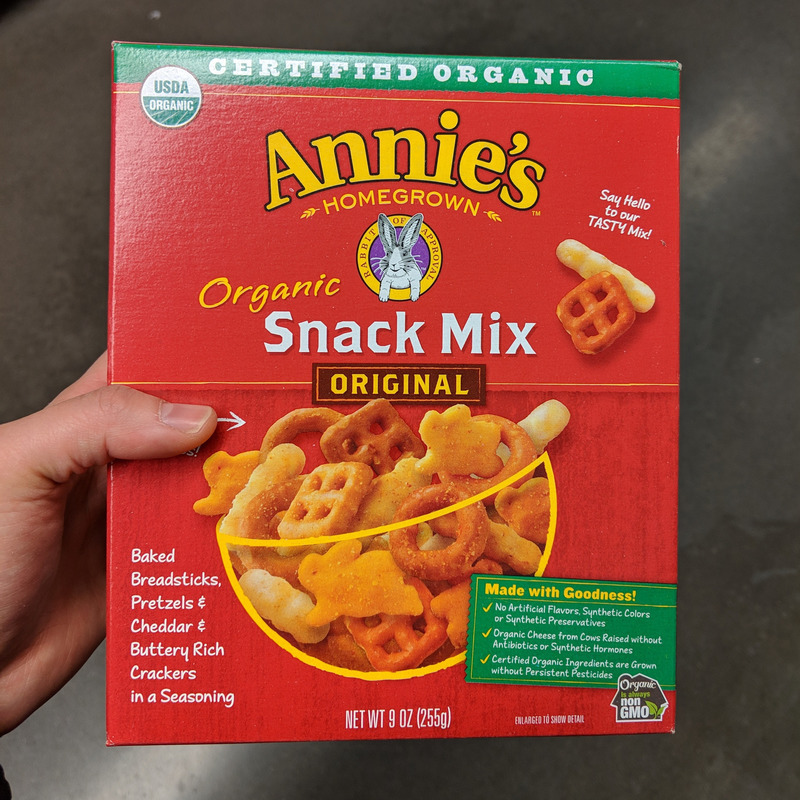 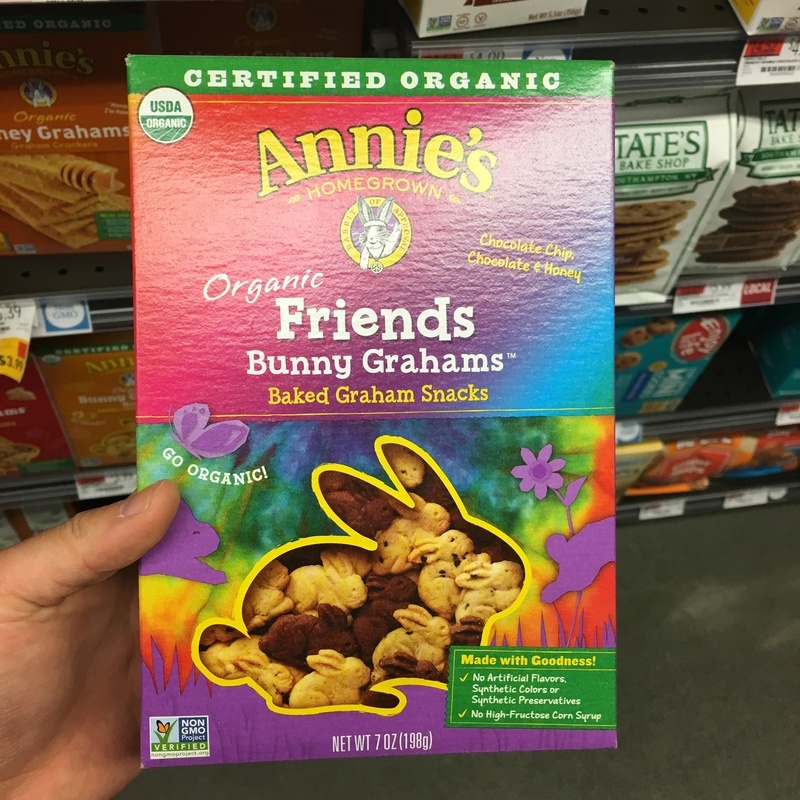 Annie’s Organic friends bunny grahams: When I first moved to Berkeley a few years ago, I was surprised to bike past the Annie’s corporate offices near 4th Street - I hadn’t previously known it was headquartered there. Berkeley is historically known for hippies, but now it’s too expensive for hippies to live there. Nonetheless, Annie’s seems to be riffing off that vibe with their psychedelic Bunny Graham friends mix containing all major flavors of their graham crackers. It leans pretty chocolately as it has both their chocolate an... (read more) 3.5/5.0