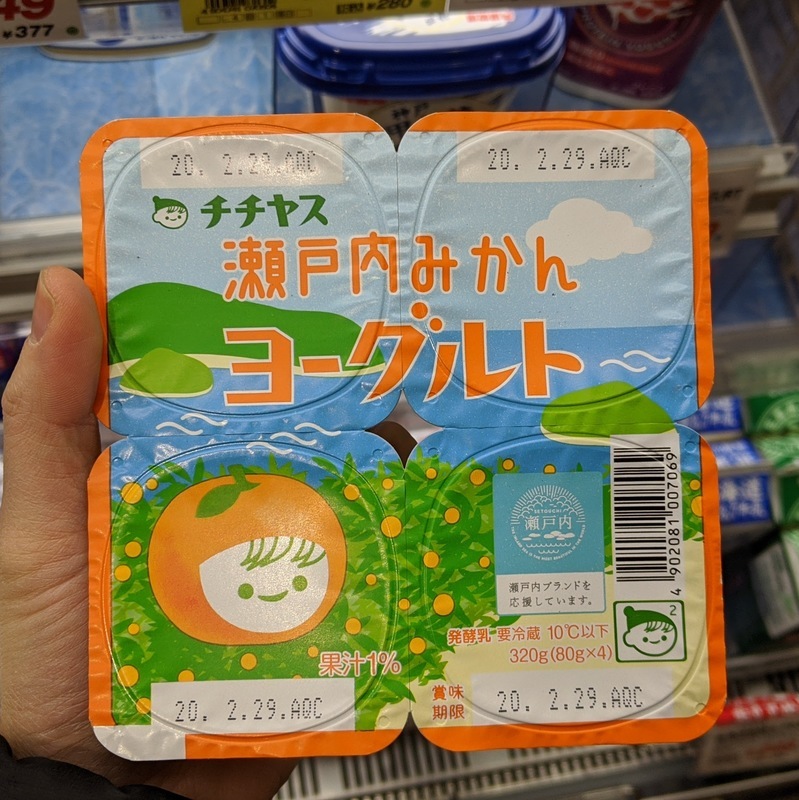 Chichiyasu Setouchi Mandarin Orange Yogurt: I purchased this pack of yogurt from the grocery store because the package is super cute. They're have a mild sherbert orange flavor and are inspired by mandarin oranges grown in the Setouchi region of Japan. They aren't as smooth as American kid's yogurt, with a little bit of graininess, but it gives it character. A little more sour than creamy. 3.0/5.0 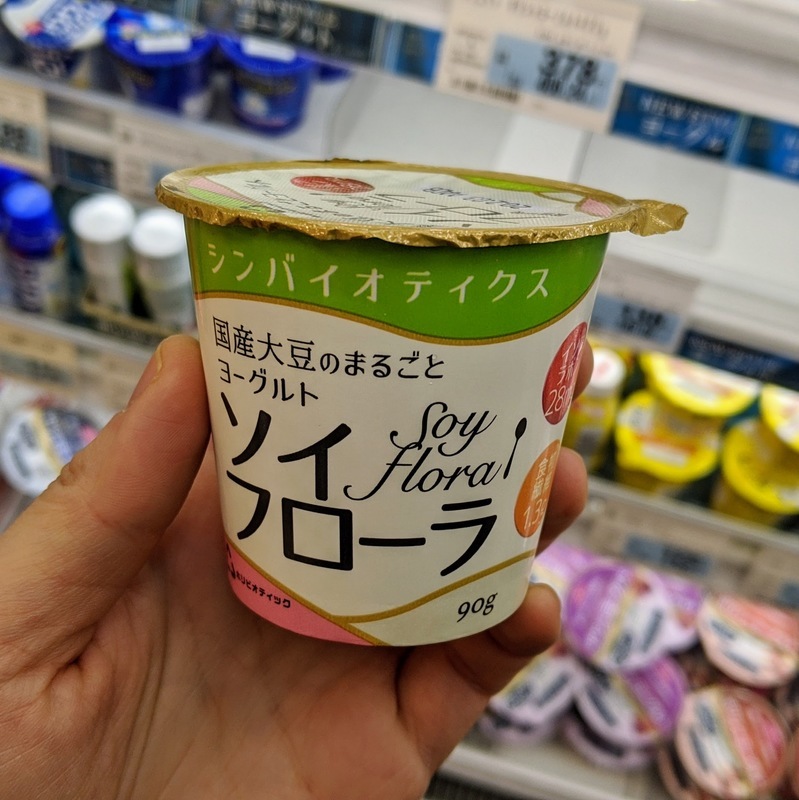 Hori Milk Soriflora Soy Yogurt: This probiotic yogurt is soybean based and has a definite non-dairy texture (slightly more set and a little grainy compared to normal yogurt). It does have a pleasantly sweet soy milk flavor and is on the sweet side but fairly neutral otherwise. 3.0/5.0 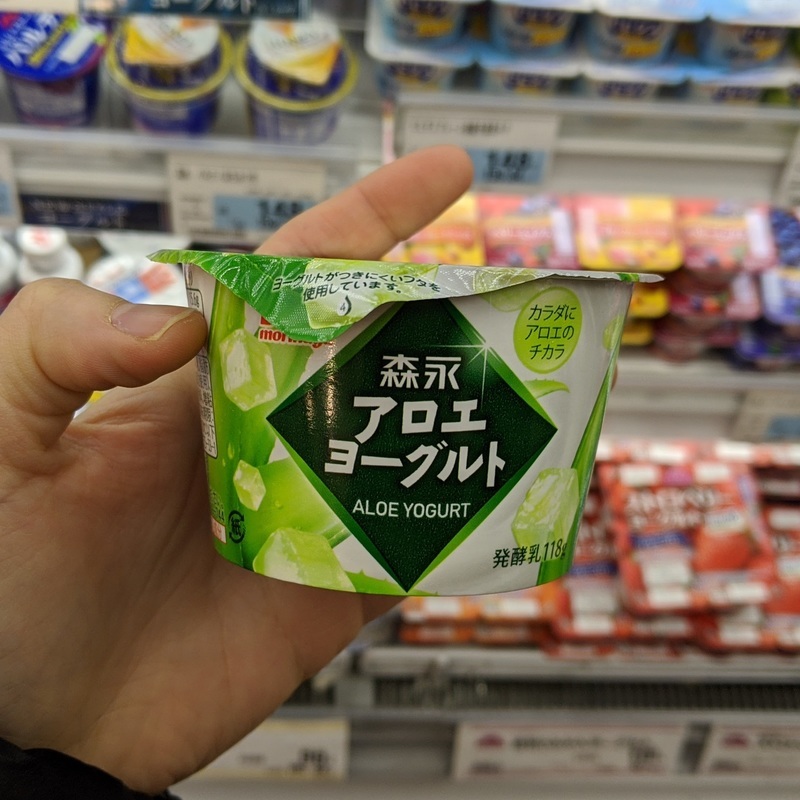 Morinaga Milk Aloe Yogurt: Chewy juicy aloe cubes is not something I would have naturally paired with creamy tart yogurt, but the combination works surprisingly well together. Overall, the flavor of the yogurt is pretty mild, so the dominant taste comes from the aloe, which always for some reason reminds me of sprite in terms of flavor (vaguely citrus like, thirst quenching). 3.5/5.0 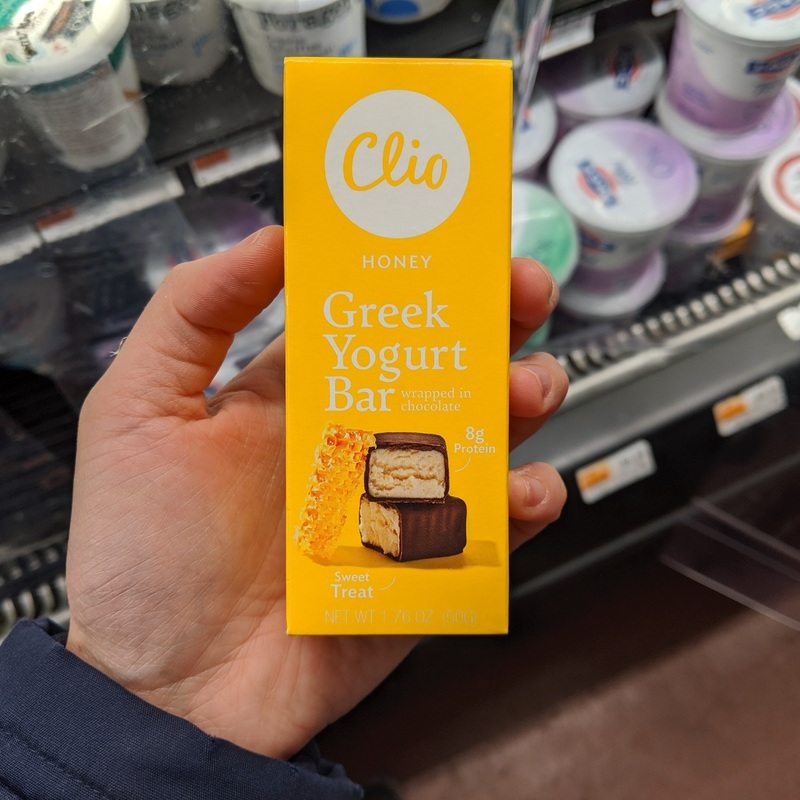 Clio Honey Greek Yogurt Bar: I've tried two other flavors of this chocolate-coated yogurt bar (hazelnut and strawberry), and this honey-flavored one falls squarely between the two in ranking. The interior of the yogurt bar is set, almost nougat-like in texture, and tastes vaguely of caramel-like. It's the closest to a candy-bar in overall flavor and texture, with its thin dark chocolate shell that easily cracks when you bite into it. I recommend this one and the strawberry flavor (which is still my favorite). Purchas... (read more) 3.5/5.0 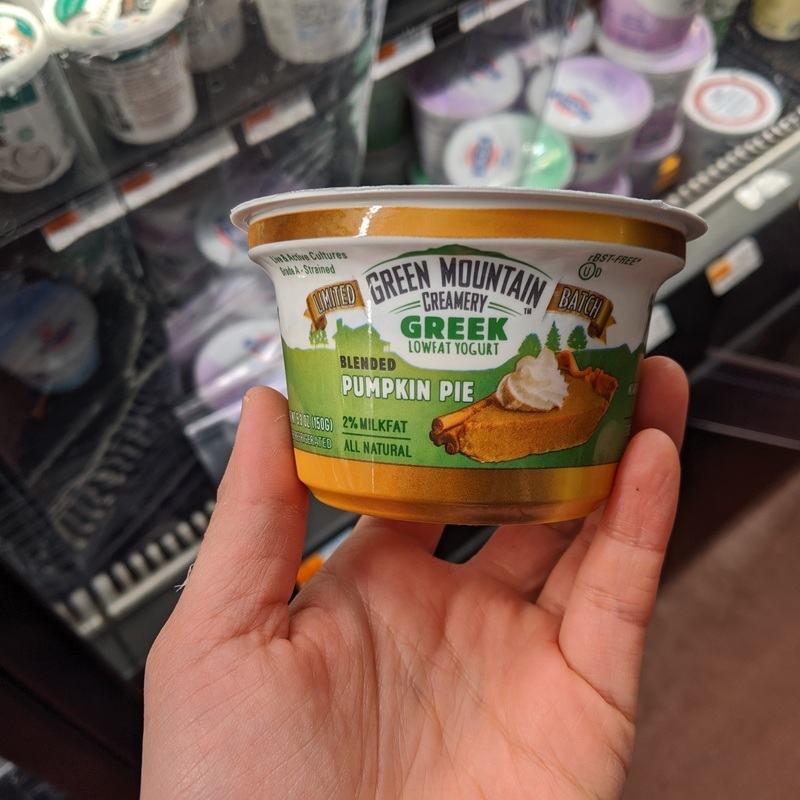